Scientists Are Figuring Out How To Change Blood Types

All thanks to a little enzyme 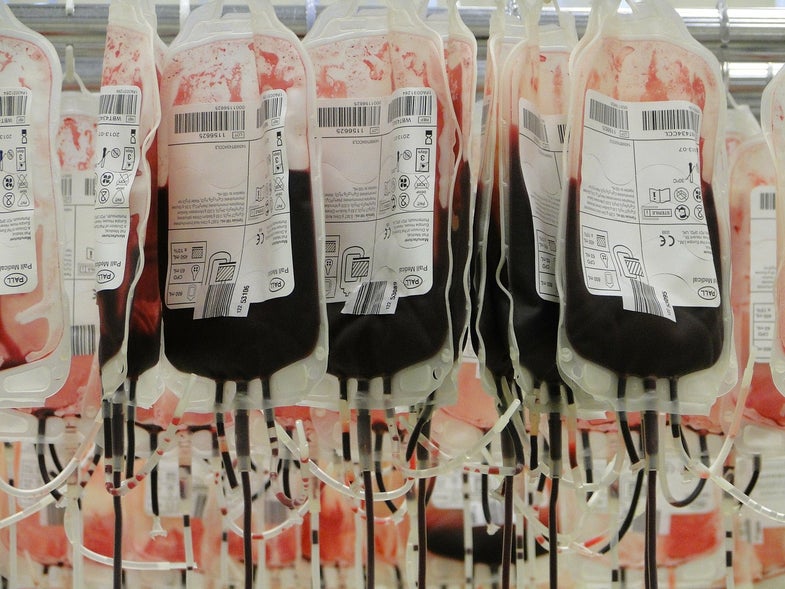 At some point in your life, you’ve probably been asked to donate blood. If your blood is type O, you may have been asked to donate even more, because your blood type is the most useful and is less common. The difference between blood types may seem small–people with blood types A and B have an extra sugar molecule bound to the surface of their red blood cells–but a transfusion of the wrong blood type can be fatal. For example, the immune system of a type O individual will launch a massive attack on the “invading cells” of a type A individual, all because it detects that sugar molecule.

Now researchers from the University of British Columbia have figured out a way to change the type of blood donated by volunteers, by using an enzyme that simply snips off that extra sugar, called an antigen. The result: The blood is more like type O, the universal donor.

This isn’t the first time that researchers have produced blood with fewer antigens in the lab, but this attempt has worked better than any other. The researchers used a technique called directed evolution; they used bacteria to create the enzyme and inserted particular mutations in the bacteria’s DNA to make the enzyme even more powerful. After cultivating the bacteria over five generations, the enzyme became 170 times more effective.

Though this enzyme works pretty well to remove most antigens, it’s not perfect. That means that the treated blood isn’t a perfect type O, which would be necessary for the enzyme to be used for donor blood. The researchers are working to make the enzyme even more effective and are confident that it will soon be powerful enough to be used in a clinical setting.