Adding enzymes to bioplastics can make them disappear

New research shows there may be a way to make easily biodegradable single-use plastics. 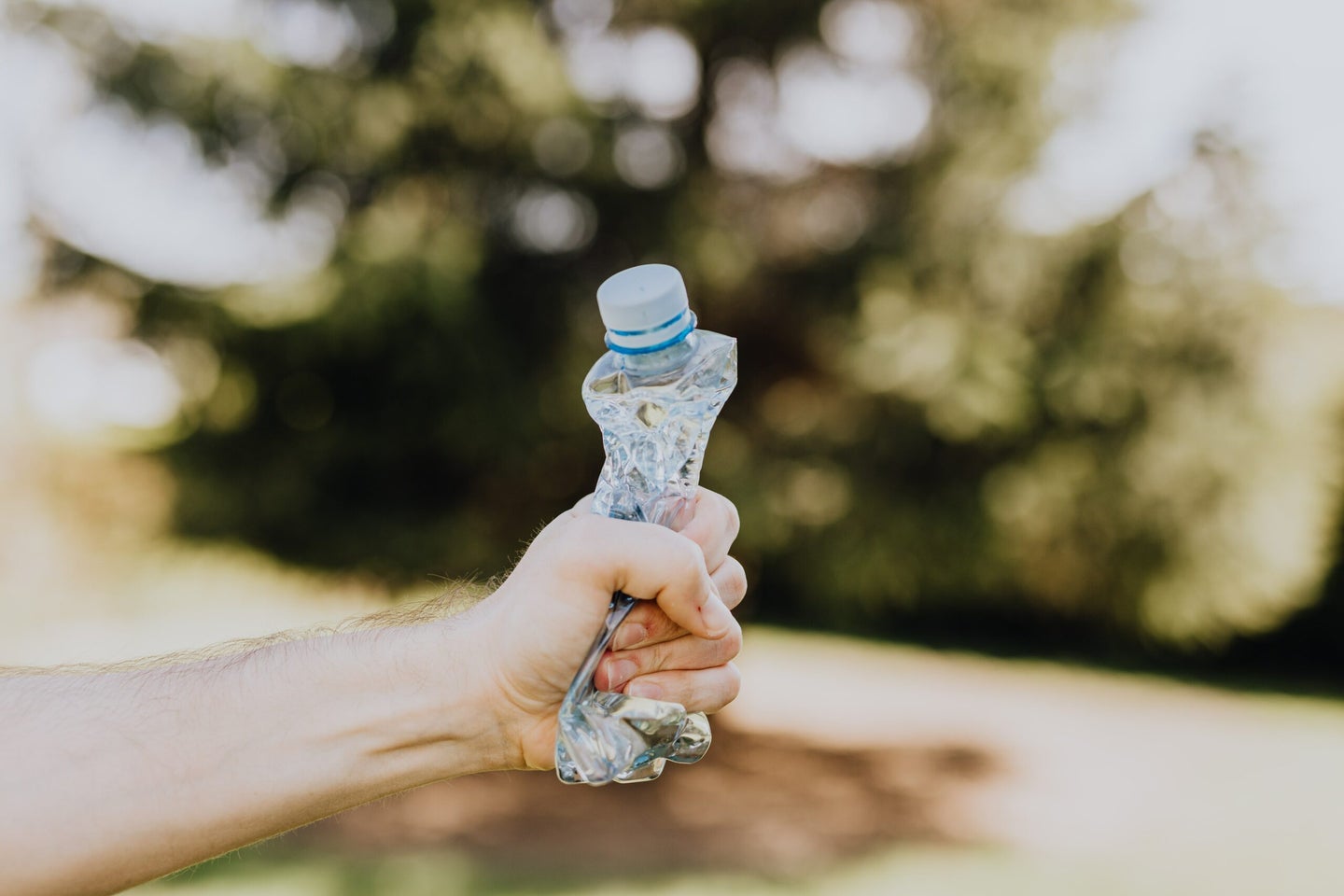 Plastic waste is a huge problem, especially because traditional plastics take years and years to break down. Karolina Grabowska from Pexels
SHARE

With so many different plastics entering the waterways that take hundreds of years to decompose, plastic pollution and microplastics are almost everywhere on the planet, from the air to the sea, in vast quantities. Compostable plastics, like corn-based plastic cups and straws, are sometimes touted as a viable solution, but without the infrastructure to properly turn them into compost, they can end up in a landfill.

To keep our oceans from becoming even more plastic-filled, scientists are finding the keys to making plastics quickly decompose, and baking them into the plastic’s formula. Ting Xu, professor of materials science and engineering and chemistry at the University of California Berkeley, and her research group investigate biologically available solutions that will allow single-use plastic to biodegrade under easily attainable conditions. In a new study, they describe how they used an innovative polymer coating on enzymes that can be built-in to bioplastics to make them easier to compost at home.

“So I always believed that biology [has] taught us everything … we just have to adapt [to] that,” says Xu. Biodegradable, she says, simply means the plastic polymer has a chemical backbone that can be broken somehow. The new research from her lab shows how they have found a way to use biology, in the form of commonly available enzymes with a polymer coating, to create plastic that can degrade when it is exposed to heat and water.

This new, easily biodegradable plastic is made by weaving in enzymes wrapped in random heteropolymers as the plastic is made. These polymers, called RHPs for short, encase the enzymes so they do not fall apart and render them useless. Xu says previous attempts to bury enzymes without the help of RHPs created large clumps in the plastic, making the material “become almost like a feta cheese.”

Once the plastic gets wet, the polymer wrapping falls off and frees the enzymes to start “eating” the plastics. In this study, they tested this process with two types of polyester polymers that are used in biodegradable plastics: polycaprolactone and polylactic acid. Adding the enzymes encased in RHPs did not change the character of the plastics but still allowed them both to degrade quickly when they reach the end of their useful product life cycle. Eighty percent of the polylactic acid fibers degraded within a week just sitting in a vat of room temperature water. Under the hotter industrial composting temperature of 104 degrees Fahrenheit, the polycaprolactone degraded in two days.

While this study tested two different enzymes on two different types of polyester polymers, Ramani Narayan, a Michigan State University chemical engineering and materials science professor not involved with this study, points out that some enzymes stop working at high enough temperatures, so this method might not work well in practice. Xu says these particular enzymes still seem to work well under high plastic-manufacturing heat. But the researchers will test other plastics made at even more scalding temperatures to see how much the enzymes can handle.

Going forward, these enzymes would be added into new plastics—the stuff already sitting in your trashcan won’t benefit greatly from enzymes just tossed on top. If enzymes just sat on the top of the plastic, they would have limited surface area to work on. The structure of plastics also makes it difficult to break down. “Biodegradable plastics are semi-crystalline,” Xu says, and which makes it tricky for enzymes to reach and take the structure apart. Including the enzyme in the plastic structure itself gives enzymes access to these more organized chains.

Narayan says it is important to realize the breakdown of plastic is not just a property of the plastic itself, but the conditions of the environment in which it ends up. It is necessary to consider both the plastic and the environment it will end up in and not treat “polymer modifications independent of the receiving biological system.” This means that studies of biodegradable plastic need to not only show an assessment of the material degradation but the characteristics of the environment in which it is designed to break down. For example, plastic designed to break down in an industrial compost facility won’t behave the same when it instead is dumped in freshwater, but that does not mean it isn’t biodegradable. After all, even the best recipes will come out terribly if they aren’t cooked at the right temperature.

Luckily, Xu says the enzymes that make this plastic so degradable aren’t hugely expensive. One of her former students has also spun off a company where he is trying to spend more time developing these biodegradable plastics so that one day soon industrial partners and even consumers can get involved in a more sustainable formula for single-use plastics.