It’s hard to imagine your audience in their underwear when you can only see their faces. 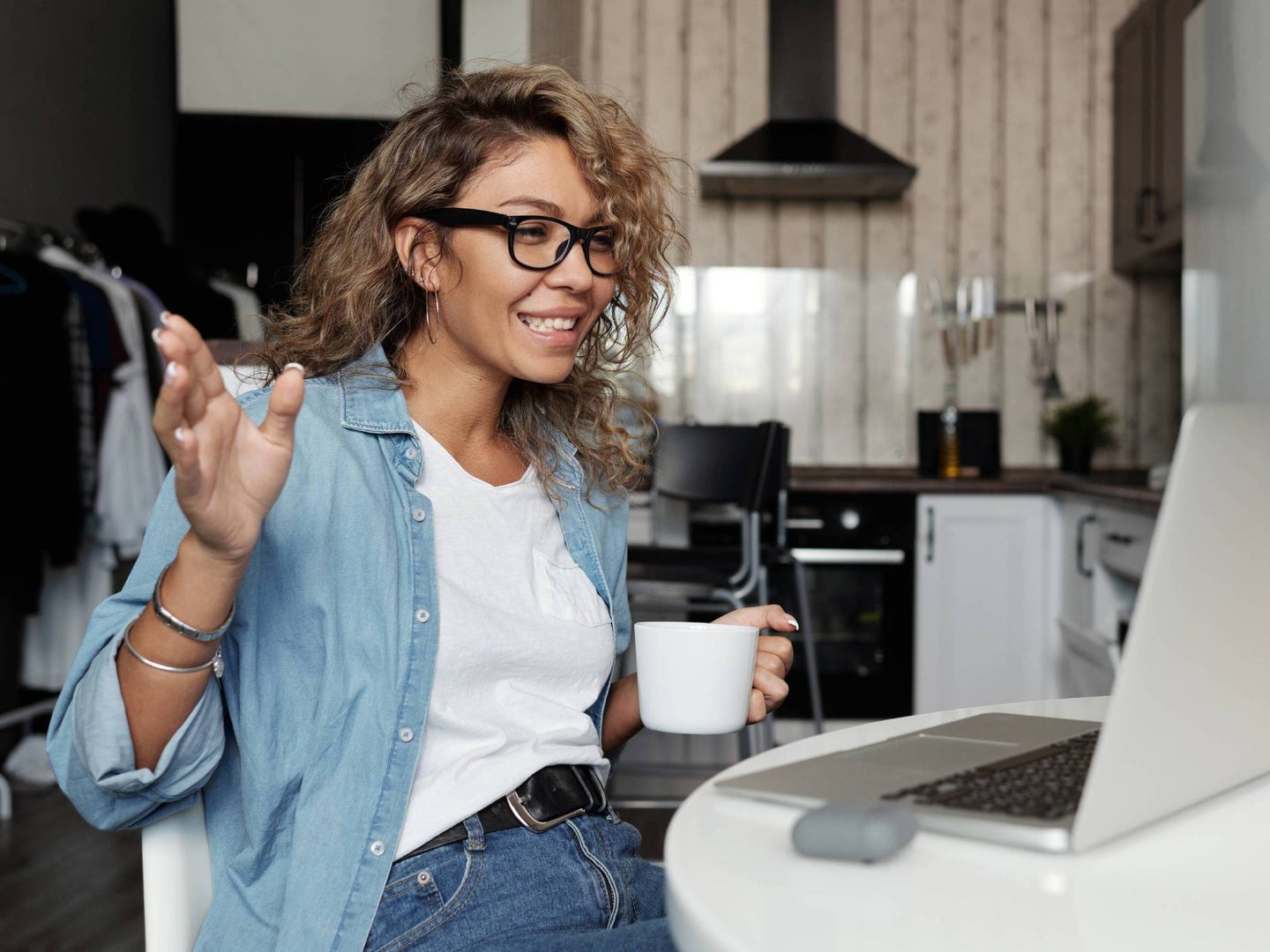 Speaking in public is hard. You have to know what you’re saying, control how you move, appear likable and authentic, all while trying to convey a clear message and establish yourself as a legitimate, trustworthy source. It can be a lot.

But since COVID-19 put an end to large IRL gatherings, public speaking has been constrained to video calls, where the stage is only as big as the frame of a laptop camera. This might put you at ease, but the truth is that speaking to a group of people, even from the comfort of your home and in your fluffiest slippers, has its own set of challenges. The good news is that you can overcome them with the proper focus and approach.

Advice for all situations

There are some aspects of public speaking that don’t change whether you’re on Zoom or in front of a live audience.

Every communication or message, from talking to your pal on the phone to addressing the nation on national television, has an objective.

“The goal might be to network, or vent, or establish a connection. But there’s always one, and you need to know what that is and organize your material toward accomplishing that goal,” says Marjorie North, who teaches public speaking and executive communication skills at Harvard University Extension School.

By “material,” she means everything. The content of your speech, your body language, how you use your voice—everything. If you’re trying to convey emotions, the way you use these tools will depend on what you want your audience to feel. If your goal is to instill fear, a firm voice and a solid stance might be your best non-verbal allies. If you’re going for empathy, use welcoming gestures (like open hands or movements that mime a connection between them to you). Using your own emotions and stories to find common ground with your listeners will also help.

There is an entire world of difference between advocating for funding a moon landing at a gathering of space enthusiasts and making the same argument in front of a crowd of deep sea divers. What you use to make connections, the jokes you tell—if any—your tone, and your overall approach will be informed by who is listening, and the better you know them, the easier it will be for you to accomplish your goal.

This doesn’t mean you need to adopt a defensive strategy when talking to people who don’t agree with you. To the contrary, you need to find whatever common ground unites you regardless of the fact that you may come at it from different sides. (Following the moon landing example, you could focus on the fact that exploration is important, it’s just where we choose to go that’s different.) And if tension rises when the audience gets to ask questions, the most important thing you can do is listen.

“Hear the other person out and give yourself the chance to think of an argument in response,” says North. “That shows them you have respect for the other side.”

When writing, it’s easy to go back a couple of lines and rephrase when you haven’t adequately explained an idea. You can’t rewind a speech, so if you lose track of where you’re going, you risk losing your audience.

This is why it’s important to keep speeches simple and linear. Start by writing an outline and make sure that every idea builds up to the next. Remember your goal, stick to it, and don’t be afraid to kill your darlings—if that joke you really like has no real purpose in your speech, kiss it goodbye. You can use it later for a tweet.

What’s different over a video call

Not having a room full of people staring at you for a long period of time might make it easier for you to address a small crowd, but the particular challenges of speaking through a screen will more than make up for it.

If you’ve been working or learning from home, you may have realized how difficult it is to focus on your staff meetings or English classes over the web. The temptation to turn your camera off and do whatever you want, or change tabs and browse through social media can be way too powerful.

That same set of distractions will be your worst enemy when you’re the one speaking. Not for you, though—for your audience. They’re at home, dealing with myriad things at once, so keeping them focused and engaged will be your primary challenge. For this, you can take advantage of the tools provided by your platform of choice.

“If you don’t have time to engage your audience in conversation, ask them to answer a question through the chat, or use polling,” says North. She also recommends breaking your audience into different digital rooms for discussion, if possible. Just keep them active as best you can.

Your body language will be limited

There were widespread celebrations when we realized we no longer had to wear pants to meetings while working from home. But even though this offers a new level of comfort whenever you’re speaking on a video call, the fact that you’re constrained to a chair and on a screen also limits your non-verbal communication skills.

In a normal public speaking setting, how you stand and move on stage can be important tools that add to your message, but if you’re presenting over Skype, moving is out of the question. Don’t panic, though—there are still plenty of other things you can do.

“You can use vocal variation to show your interest and emphasize what you’re talking about,” says North.

That means playing around by talking faster or slower, using a higher or lower pitch, and adjusting your intensity to sound louder or softer depending on the moment. A key point here: raising the volume of your voice is not the only way to emphasize what you’re saying. Sometimes going a little softer can make the audience sit up and listen in, North says.

Other major tools in your arsenal are your hand gestures and facial expressions. But using them comes with the added challenge of finding the sweet spot where your movements are big enough to be visible on a laptop screen, but not so big that you look like you’re shooing flies away. This is something you should practice, so recording and rewatching yourself to get the gestures right can help a lot.

Once you get accustomed to speaking publicly, you may start to feed off the energy of your audience, North says. This can cut both ways: If you’re dealing with a hostile crowd, you may feel more pressure, but if your audience is enthusiastic, it can be exhilarating.

For better or worse, this thrill doesn’t translate well on a video call, so if you were counting on your audience’s immediate feedback, you’re pretty much on your own. Keeping your energy up will be a challenge, so you’ll have to make sure you have some help. Pinning the video feed of a friend or engaged member of the audience could work, or you could also post a sticky note with an idea or encouragement right behind your camera, so you can get pumped every time you see it.

Feedback is also hard to get without eye contact, which is the easiest way to engage with an audience and reel them into whatever you’re saying. But platforms like Zoom make this difficult, so North suggests you scan the participants’ faces from time to time so you can measure their reactions.

The problem is that doing that will only work for you, so don’t forget to take turns looking straight at the camera, as this will make it seem like you’re looking each member of your audience in the eyes. Staring at that black dot on the top of your screen is neither the easiest thing to do, nor the most inspiring, but it’s the fastest and most effective way to connect even when we’re apart.