Now you can buy a tiny microscope made of paper

The Foldscope is now on Kickstarter 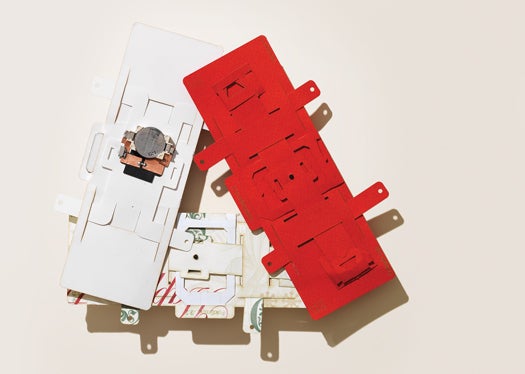 Stanford physicist Manu Prakash creates inexpensive versions of high-tech devices in order to make science more accessible. But his most famous invention—a pocket-size microscope made from folded paper and called the Foldscope—has been surprisingly hard to come by. Until now.

Prakash and his team just launched a Kickstarter campaign that allows anyone to reserve a foldable microscope kit of their very own for $15, or to reserve a 20-pack of scopes for $20. Although the components for each device cost only 57 to 97 cents (depending on the magnification of the lenses), the extra cost will help cover additional scientific tools for the kit, such as microscope slides, tweezers, pipettes, and even a journal for observations. And larger payments will allow backers to donate Foldscopes to schools and communities all over the world. The goal: give millions of people access to the durable, portable, and affordable scientific device.

The paper microscopes have been around for a couple years now, but this campaign aims to distribute them to a much larger number of people. In theory, anyone should be able to assemble a Foldscope in ten minutes—the template and materials are published online—but in practice, making the origami folds from scratch requires finicky printing, die-cutting, and creasing that make the project difficult for novices. While the team has provided pre-prepared Foldscopes to beta testers, they only shipped 50,000 units. In 2017, they hope to ship 1 million.

So if you want to get your hands on a paper microscope, your best bet is to become a backer. And you’ll also have the satisfaction of knowing that you’re helping send microscopes to aspiring scientists all over the world.