Samsung’s New Smart Mirror Displays Want to Dress You Up 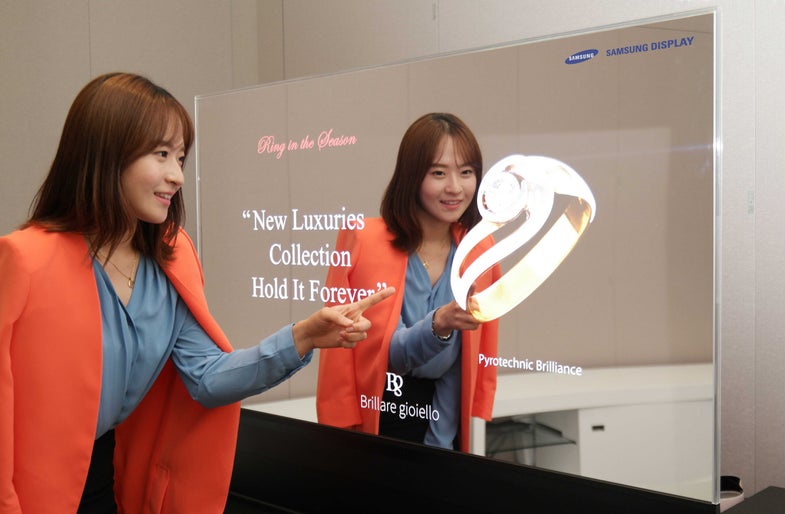 If you’ve been longing for 22nd century chic in a 21st century world, Samsung has read your mind and debuted their new Transparent and Mirror OLED displays. This technology isn’t new, even for Samsung, who showed off a transparent OLED laptop screen prototype at CES 2010, but this is the first large-screen OLED model the company has announced. OLED provides greater contrast on transparent and mirrored surfaces, Samsung says, as well as improved viewing angles.

Samsung hopes these displays will be used in digital shopping, allowing customers to digitally try on clothing and accessories before they buy. The displays are outfitted with 3D cameras that are able to track shape and motion, which would take live video of the user and overlay the selected product, creating what Samsung calls a “virtual fitting room.”

Because these displays look so much like “the future,” the design has obvious appeal, and many of Samsung’s competitors, like LG and Planar have already shown off and brought similar products to market.

And if you want a mirror display, but don’t want to wait, you can make your own: tinkerer Michael Teeuw posted a comprehensive guide last year on how to make a Raspberry Pi- powered mirror display.