A mysterious disease is ravaging Florida’s coral, and now it might be spreading elsewhere

Even if it's not stony coral tissue loss disease, the reefs are in trouble. 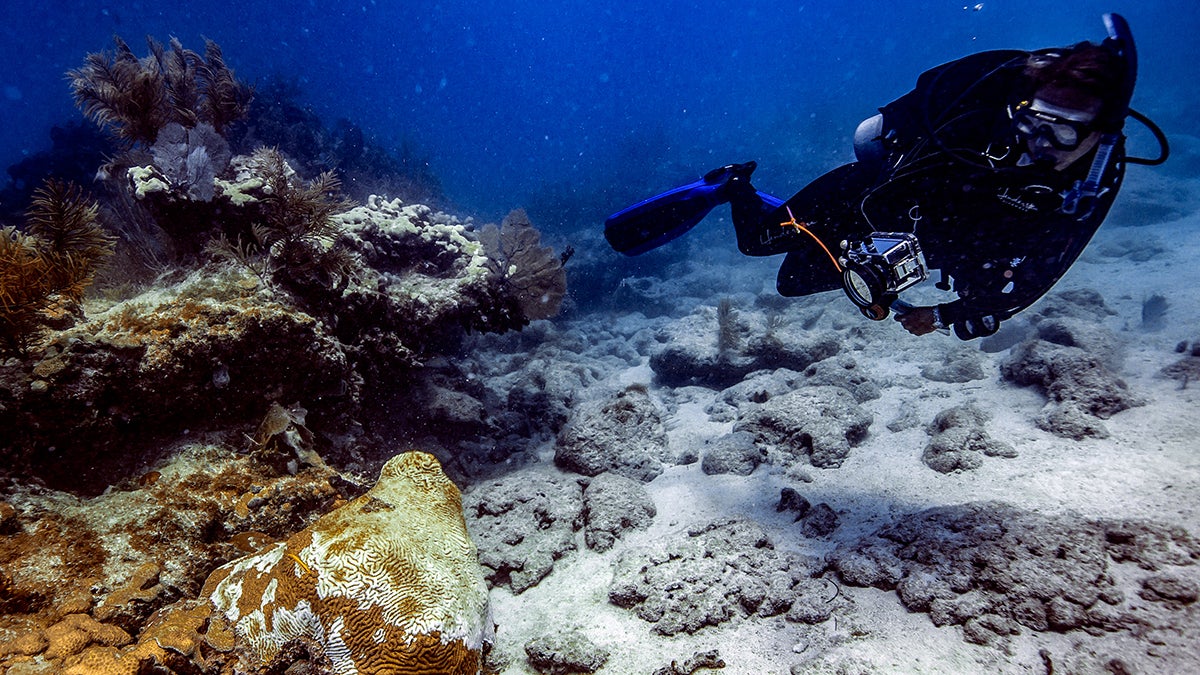 Recent reports suggest that stony coral tissue loss disease, which has ravaged Florida reefs over the last half-decade, has moved into the Caribbean. The disease can be found in the waters of Mexico, Jamaica, the Dominican Republic, the U.S. Virgin Islands and St. Maarten, Florida radio station 88.5 WMNF reported last Friday.

The disease, which attacks some of the most iconic coral species, like brain coral, is a major cause for alarm for reef scientists. Here’s what you need to know.

What is stony coral disease?

“This disease is particularly worrisome because it’s widespread and it progresses rapidly,” says Porter. Among the reasons to worry is that the disease seems to be borne from coral to coral in the water, says Erin Muller, Program Manager and Science Director at the Elizabeth Moore International Center for Coral Reef Research and Restoration at the Mote Marine Laboratory. That means it spreads fast and can potentially spread far.

The exact cause of the disease isn’t yet known, though Muller and other scientists believe it’s bacterial. “That’s true of most coral diseases,” Porter says. Of the 25 known coral diseases, he says the causative agent is known for only five. A treatment only exists for one of these, Black Band Disease, which can be treated by scraping infected “bands” off the living coral.

For stony coral tissue loss disease, “we don’t have a primary pathogen that we can pinpoint,” says Muller. To establish a causative relationship between a bacteria and an illness, infection has to be replicated in a laboratory environment, she says, in a specific series of steps. That can be next-to-impossible with marine diseases. And coral and other organisms that are sick can often be sick for more than one reason, since a lowered immune system makes all animals vulnerable to opportunistic bugs.

What happened in Florida?

In Florida, stony coral tissue loss disease has infected nearly half of the coral species up and down much of the coast. It is expected to result in some corals becoming locally extinct.

Normally, coral diseases spread and then peter out within less than a year, Muller says. They can cause lots of devastation in that time, but nothing like what’s happened after five years of continued infection. The disease has an estimated 80 percent mortality rate.

The good news, she says, is that the urgent and rapidly spreading outbreak has seen scientists, state, and federal officials working together. “That communication and being able to move forward in real time is really the only thing we have to fight this disease,” she says. .

What could be happening in the Caribbean?

Because of how little is actually known about stony coral tissue disease, nobody can be sure if that’s exactly what’s happening to Caribbean corals, Muller says. At the moment, what matters most is that there are major disease outbreaks occurring in Caribbean coral that look similiar and require similar attention. “We’ve seen what a disease outbreak like this can do,” she says.

There’s a strong link between the dramatic uptick in coral diseases over the past decade and climate change as well as ocean pollution, according to the National Oceanic and Atmospheric Administration. “These corals are becoming more and more compromised,” Muller says.