Here are the winners of NASA’s space poop challenge 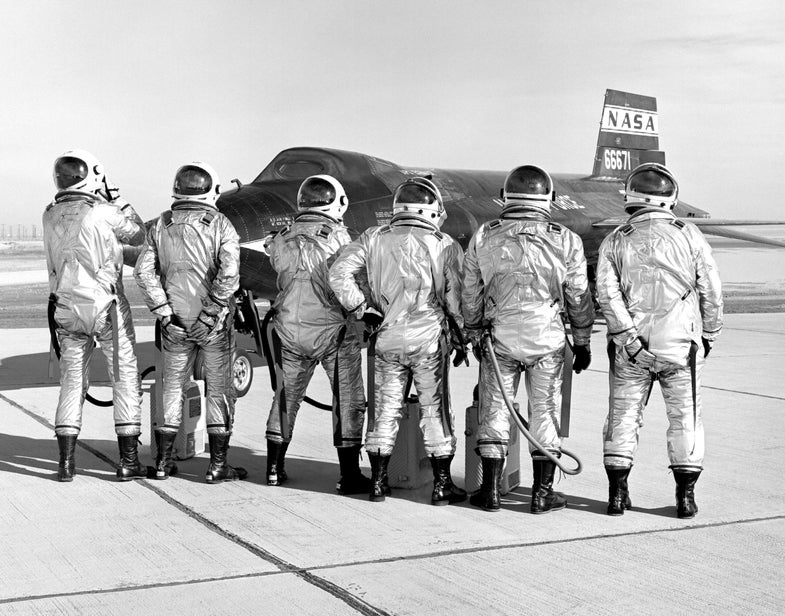 Poopin’ ain’t easy in space—especially if you’re stuck in a space suit for extended periods of time. Today’s astronauts wear diapers when they need to don a space suit, but on future Martian getaways, mishaps could leave astronauts stuck in their suits for six days at a time. That’s a long time to move around in a poopy diaper. And in a low gravity environment, the stuff in your diaper could float out and cover everything else in your space suit. Not good.

That’s why NASA set up a competition to gather ideas for a better space suit toilet. Today, the agency announced its favorite designs. The three winners are now flush with $30,000 total in cash prizes.

Five thousand teams rose to the challenge, but Air Force officer and flight surgeon Thatcher Cardon took home the $15,000 grand prize. His concept, titled “MACES Perineal Access & Toileting System,” would put a small opening in the bikini area of the space suit. Astronauts could theoretically pass diapers or inflatable bedpans through this valved airlock in the crotch.

The $10,000 second-place prize went to the “Space Poop Unification of Doctors” team. According to NPR, this design would flow air through a device that looks like a high-tech jock strap. The front-to-back airflow would direct waste through tube that seems to empty into a storage tank in the suit.

Neither NASA nor HeroX, which hosted the competition, have released many details about the winners or their designs. But it’s possible that one or more of these systems could be developed and flown into space in the coming years.