We're only beginning to feel the full effects. 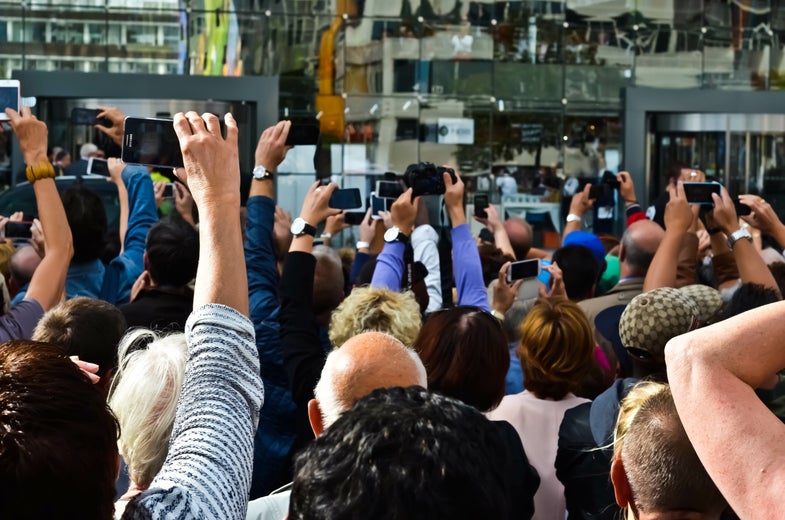 “We carry around these incredibly vulnerable pieces of our lives with us.”. Deposit Photos
SHARE

Reporter Ayman Mohyeldin got an unexpected call from a source at the end of 2015, in the weeks following coordinated terrorist attacks in Paris that shocked the world. “You know the picture of the French attacker?” he remembers his source asking, “I have all of the data on his cell phone if you want it.”

Mohyeldin’s source wasn’t some daring spy with fierce hacking skills. A year earlier, one of the ringleaders of the attack, Abdelhamid Abaaoud, had been in the Syrian city of Ruqqa when his iPhone broke. Like anyone else, Abaaoud visited a local repair shop to patch his phone, where a technician also downloaded the phone’s hard drive—standard practice to back up the data. And like an unknown (but surely not insignificant) number of phone techs, he’d kept the backup in case it ever proved useful.

When pictures of the attackers started popping up on TV, anti-ISIS activists surfaced the selfies, memes, and gruesome videos of militant activities taken from Abaaoud’s phone the year before. Data security is a problem for terrorists, too. “They were very susceptible to the same things that we worry about here,” said Mohyeldin, now a host at MSNBC.

Mohyeldin recounted the story during a live-streamed conversation with Joe Brown, editor in chief of Popular Science. The pair teamed up last week in New York to discuss how advances in technology and the rapid spread of information reverberate in the political realm. These changes often play out in the Middle East before coming to the United States, Mohyeldin said.

“When you look at terrorist groups like ISIS, they’ve been on the cutting edge of encrypted messaging for some time,” said Mohyeldin. Government agencies had been tracking the whereabouts of many of the terrorists leading up to the 2015 Paris attacks, but their messages went completely undetected. Despite the media getting its hands on Abaaoud’s data, the damage had already been done. “In some ways, we’re a little bit behind here,” Mohyeldin said.

In the same vein, social media as a political tool came of age in the Middle East well before it was a major contender in American politics. When the Arab Spring erupted in 2011, the U.S. was still years away from maintaining an official Twitter account for its President. It’s only in the last few years that the impact of social media on the political process in the United States has started to catch up. Brown compared the use of social media in Egypt during the Arab Spring to its later role in the American 2016 election. “You had a group of people who were not in control, using non-mainstream media outlets to take control,” he said.

Now, we’re grappling with the uncontrolled mass dissemination of unverified, often false information. “Social media cannot be ignored, you cannot put the genie back in the bottle,” Mohyeldin said. But he cautions that many proposed attempts to regulate its usage—asking people to verify their accounts with personal identification in the same way they would open a bank account, for example—could be harmful.

“That sounds good for those of us who live in free societies,” Mohyeldin said, but a lot of people living under authoritarian governments “would be extremely afraid of that idea.” He would rather err on the side of having incorrect information circulating in the ether, knowing there will be accurate news to counter it, than open an avenue for the government to squash information and ideas deemed undesirable.

Mohyeldin co-hosts “Morning Joe First Look” on MSNBC at 5 a.m. ET during the week and anchors the 5 p.m. hour of “MSNBC Live” on Sundays.