Can Putting Your Phone In The Fridge Keep It Safe From Eavesdroppers? 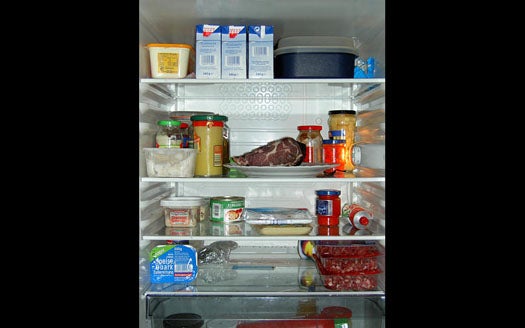 Being legal counsel for NSA whistleblower Edward Snowden probably comes with its fair share of paranoia. To combat eavesdropping techniques that can activate a cell phone’s microphone and transmit data even when the device is ostensibly off, even his lawyers were forced to put their phones on ice.

That’s according to a New York Times article describing the “cloak and dagger affair” of the meeting Snowden had with his lawyers to plan his escape from Hong Kong, during which he made his lawyers “hide their cellphones in the refrigerator of the home where he was staying, to block any eavesdropping.” But did it do him any good?

Make magazine’s Michael Colombo decided to test out this little pearl of Snowden wisdom. He stuck an Android phone in his fridge, and placed a call to it:

As another New York Times article explained, Snowden’s aim was to use the fridge as a Faraday cage, an enclosure that blocks electric fields and radio waves. Data can’t be transmitted through its walls.

Spoiler: It doesn’t work for Colombo. What does work surprisingly well, though, is a stainless steel cocktail shaker, which blocks the call signal completely so that his phone doesn’t even register a missed call. Security–shaken, not stirred.