The World’s Largest Building Is Open For Business

It could fit 20 Sydney Opera Houses inside it and has its own artificial sun. 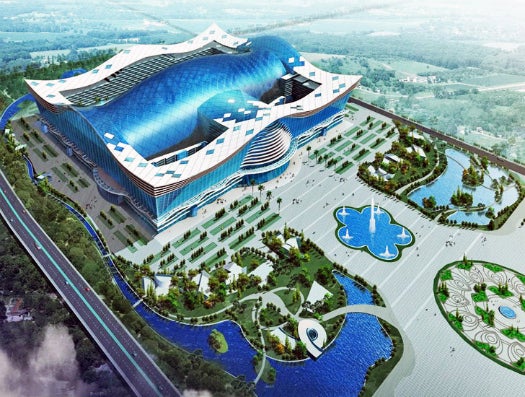 The New Century Global Center, a behemoth Chinese officials are calling the world’s largest standalone building, has finally opened in Chengdu, the capital of China’s Sichuan province. The colossal structure has 5.5 million square feet of floor space and is large enough to fit 20 Sydney Opera Houses inside it.

It’s got offices, southwest China’s largest shopping mall, and not one, but two five-star hotels inside. Then there’s the 14-screen IMAX theater, the Olympic-sized ice skating rink, and, of course, the indoor water park complete with artificial beach and the world’s largest LED screen projecting views of sunrises and sunsets over the horizon.

In keeping with the oceanic paradise theme, the structure’s curvy design was inspired by “sailing seagulls and undulating waves,” a promotional video explains. 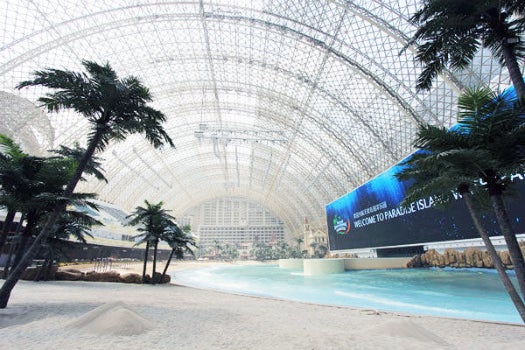 With all that, why would anyone ever leave? The building even provides sunshine. Back in December, a guide told the Sydney Morning Herald there would be an artificial sun “that will shine 24 hours a a day and allow for a comfortable temperature,” even when the world outside is engulfed in grey smog.