How We Read Online: Is RSS Due For A Revival? 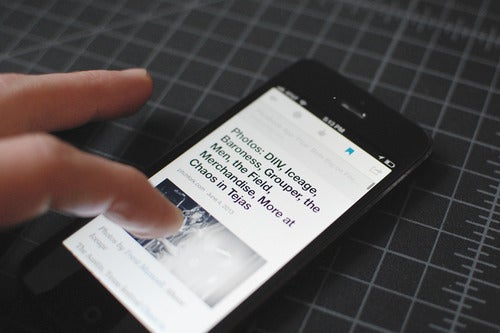 This week, Digg announced that the first version of the new Digg Reader will begin rolling out next week, with all users having access to it by June 26th. This sounds like a small event–a startup releasing an RSS reader. But it’s actually an update to one of the most fundamental ongoing battles of the internet and journalism as a whole: how and where do we read things online?

You wouldn’t know it from the outrage at the news of Google Reader’s shutdown, but RSS readers have been quietly falling out of vogue (check out this post from back in 2009 saying RSS readers are “in disarray” and “continue to decline,” and this graph showing use declining in the last few years).

Like them or not, RSS readers are a very 2008 way to read articles. Twitter has supplanted RSS for many people; I’ve personally gone from watching hundreds of RSS feeds to watching hundreds of Twitter feeds, and I’m not the only one. Twitter can function like an RSS reader with a bonus social element. An RSS feed is carefully curated and streamlined, but Twitter doesn’t work like that–though you can try to make your Twitter stream tight and only follow certain accounts, those accounts can retweet other accounts, or respond, or converse with each other. It’s unpredictable, but it gives you a much wider range of sources. You never know what you’re going to get, which is philosophically very different from RSS. 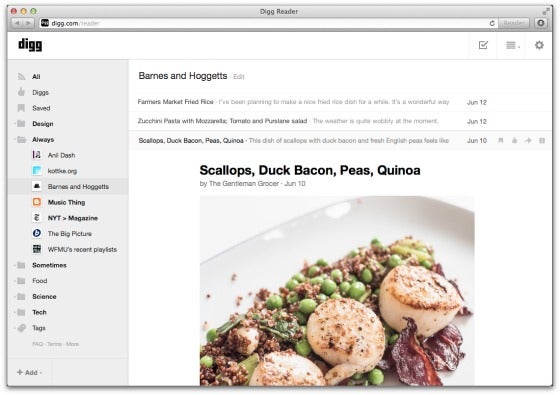 And then there’s the social element. RSS is a lonely, mechanical tool, fetching what you asked for but nothing else. Twitter gives you way more than you asked for. Sometimes that’s to its detriment, of course, but not always. On Twitter, you can see what’s popular, what’s controversial, how a story takes shape and then mutates. RSS can’t do that by definition.

Digg also tells me that Digg Reader is not a response to the shutdown of Google Reader; McLaughlin says they’d been planning an RSS reader since “late last year.” But the deadline of July 1st, the date when Google Reader shuts down, is certainly a reaction, and the increased attention on what would normally be a relatively small product launch is as well.

“The burden is on us to prove that the kind of reader we want to build is better than the alternatives” like Twitter, says McLaughlin.