Love Beer And Coffee? You Might Be A Psychopath 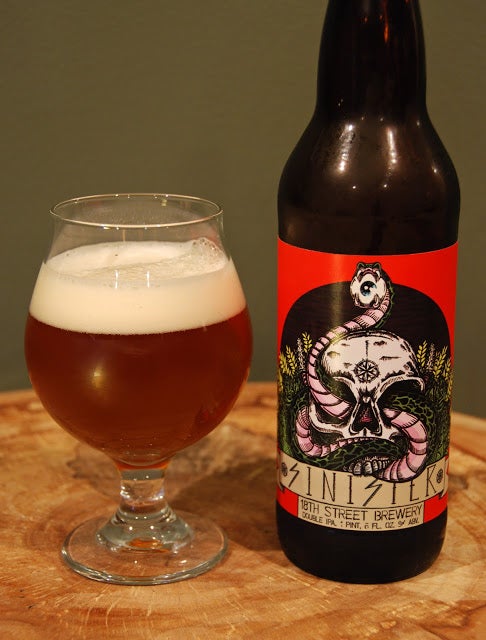 Again, Popular Science does NOT condone violence of any kind (except for duels between actual giant robots, not people dressed as them), nor do we advocate making light of mental illness. That being said, a recent study found that people who prefer bitter foods are more likely to have psychopathic tendencies than those who don't. If you're planning on drinking an IPA anyway, this is a really easy way to avoid dressing up. Luke Schierholz, the beer obsessor blog
SHARE

Humans have a unique affinity for bitter food, like dark chocolate, coffee, and broccoli. Most other animals interpret a bitter taste as a warning to stay away from a non-edible material, but some humans can’t get enough of it, though scientists have never been quite sure why. How much you like those bitter foods could be a reflection of your personality, according to a new study in the journal Appetite—and people with the greatest affinity for bitter foods may even have more psychopathic and antisocial tendencies.

In the study, 500 participants were asked how much they enjoyed different examples of sweet, sour, salty, and bitter foods. Then, they were asked to take a series of personality assessment quizzes to evaluate their aggression, each of the Dark Triad measures (narcissism, psychopathy, and Machiavellianism), everyday sadism (verbal, physical, and vicarious), as well as Big Five personality traits, which include extraversion, agreeableness, conscientiousness, emotional stability, and openness.

The researchers found that people who liked bitter foods were also more likely to score highly in measures of psychopathy, sadism, and aggression. In fact, they write, an affinity for bitter foods was a better predictor of personality than any of the other tastes. “Taken together, the results suggest that how much people like bitter-tasting foods and drinks is stably tied to how dark their personality is,” the study authors write.

“How much people like bitter-tasting foods and drinks is tied to how dark their personality is.”

This study adds valuable information to the little-explored question of how personality relates to taste preferences (though researchers have already found that people who are open to new experiences eat more vegetables and fiber, and those who are “sensation-seeking” drink more caffeine).

But as the researchers themselves point out, understanding what makes a person like a particular food is a complex knot of biology and psychology, influenced by her sensitivity to tastes and odors as well as past experiences. The researchers even had trouble deciding which foods to use as examples for bitterness because different people describe the tastes differently. And although the study makes a good case for a correlation between “dark personalities” and a preference for bitter flavors, it doesn’t provide any information about what might cause that preference—is it biology or psychology, or both? Though the researchers don’t mention any intention to conduct any future studies to explore the cause of these preferences, that information might be even more valuable than the study at hand.