Sometimes, the look on someone’s face says it all. More often, our facial expressions are nuanced. More often still, we... 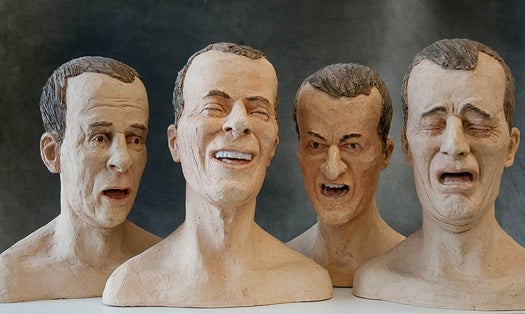 Sometimes, the look on someone’s face says it all. More often, our facial expressions are nuanced. More often still, we misinterpret the bevy of information conveyed by the people’s changing expressions. So a Cambridge researcher–with some help from an MIT colleague–set out to build a kind of decoder for facial cues. The result: a pair of glasses that deciphers what a person is feeling and transmit that meaning to the person wearing them.

The glasses themselves are just a prototype. A set of frames is embedded with a camera the size of a grain of rice, which connects to a small computer about the size of a standard deck of playing cards. Tracking 24 points on the face, the camera focuses on the person opposite, transmitting information about that person’s facial tics to a software program that compares the data with a set of well-defined expressions.

The information can be detailed on a nearby computer monitor or, perhaps more conveniently, spoken into the wearer’s ear via an earphone. The glasses also have a pretty straightforward visual cue: a green light flashing inside the frames means the person is interested, agreeing, or thoughtfully engaged. A red light spells boredom, disagreement disgust, etc.

The idea isn’t just to help you decipher what your significant other is really saying. The Cambridge researcher who conceived the glasses was looking for a way to help autistic people–who have trouble interpreting the emotional states of others–to interact socially. Experimenting with the glasses, researchers at Cambridge have found that they indeed help autistic people with their socials skills, and that some ability to accurately read emotional facial expressions persists even after the glasses are removed.

Lost more on this via New Scientist.