Here’s How Disease Spreads In A Hospital Ward

Maybe it’s worth splurging on that private hospital room 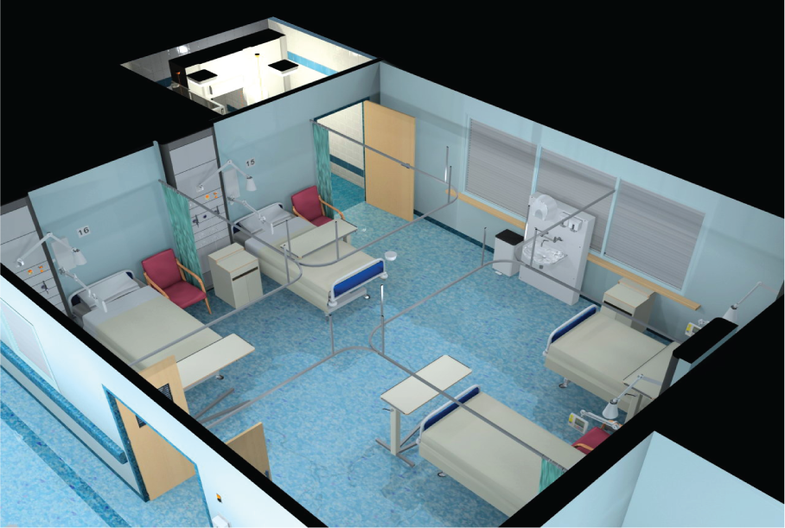 Sometimes, hospitals don’t succeed in making people better. Hundreds of thousands of patients acquire infections in hospitals every year, which has resulted in 75,000 deaths and make diseases more resistant to treatment. Researchers from the University of Leeds has combined real hospital data with computer monitoring to better understand how these infections spread so that hospital workers can do a better job of quelling them in the future. The researchers presented their findings this week at the British Science Festival in Bradford, England.

Infections are most commonly passed when a patient’s bacteria or viruses end up on surfaces and are transmitted when other people touch them. Germs spread differently from patients in pneumonia wards and cardiac units, for example, so to understand how these different types of germs travel, the researchers took note of different ventilation systems and cleaning habits in different wards. They also observed 400 healthcare workers, paying attention to variations in their behavior and the different surfaces they touched in four-bed hospital rooms and single-bed rooms. They incorporated all this data into a sophisticated model that could predict infection transmission in four-and-one-bedroom units, as well as for different diseases.

The researchers confirmed a lot of what healthcare professionals already knew—that workers need to wash their hands better and more often, and that deep cleaning wards every so often works wonders in staving off infections.

They also found that multi-bed hospital rooms increase disease transmission by 20 percent, the BBC reports. Healthcare workers already sort of knew that putting patients single rooms made infections less likely, but single rooms are more expensive and aren’t practical for crowded hospitals. This new data is useful, however, because it can show healthcare professionals which places in rooms should be cleaned first or more often, and could also provide hard evidence that the highest-risk patients should be placed in their own rooms.

The researchers plan to use their models in future studies in order to help architects design hospitals that will reduce disease transmission. That information might be useful for other places where sick and healthy people congregate, such as airplanes or office buildings.