This history of people-freezing, in one nifty timeline. 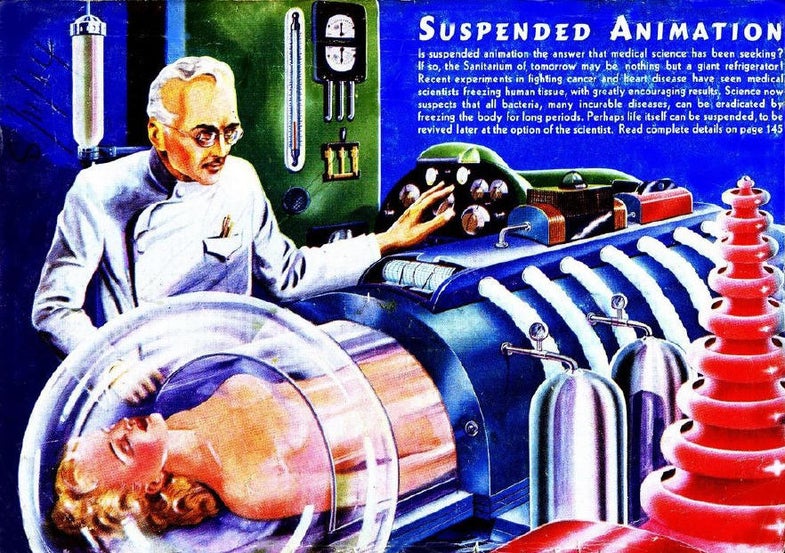 Surgeons and sci-fi writers have long explored the idea of chilling humans in order to save them. Now emergency preservation and resuscitation (EPR)—colloquially known as suspended animation—is, for the first time, in clinical trials. “When a patient has a gunshot or stab wound, we often run out of time,” says Samuel Tisherman, the trauma surgeon leading the trials. By pumping cold salt water through the circulatory system, doctors drop the body’s temperature to 50°F, slowing cellular activity and buying up to two critical hours to repair injuries.