When we talked with element 112’s discoverer, Sigurd Hofmann, on the significance of making a permanent mark on the periodic... 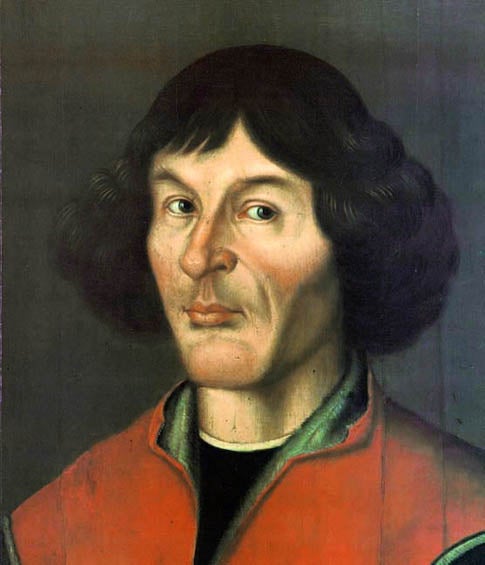 When we talked with element 112’s discoverer, Sigurd Hofmann, on the significance of making a permanent mark on the periodic table, he told us he wanted a moniker that recognized a famous scientist while avoiding the flag-waving nationalism normally associated with the process. Today, Hofmann and his team made their decision public.

By choosing to honor the father of the heliocentric solar system, element 112 discovery team leader Sigurd Hofmann wanted to avoid the divisive names selected for past elements, salute an influential scientist who didn’t receive any accolades in his own lifetime, and highlight the link between astronomy and Hofmann’s own field of nuclear chemistry.

The idea was to go backwards, to honor someone who was not greatly honored in his lifetime,” said Hofmann. “[Copernicus] had to be very careful when he was publishing his works. His book was published the day of his death. He was afraid to make his announcements during his lifetime, so he wasn’t honored when he was alive.”

Sticking with that theme, the team almost named the element after Galileo, but when Hofmann suggested Copernicus, everyone on the team instantly agreed.

Element 112 is the sixth element discovered by Hofmann’s institution, the GSI, and the last four previously discovered elements were named after cities or states in Germany. By naming element 112 after a Polish scientist, Hofmann broke that nationalistic streak.

“After we have named elements after our city and our state, we wanted to make a statement with a name that was known to everyone,” said Hofmann. “We didn’t want to select someone who was a German. We were looking world wide.”

Additionally, Hofmann wanted to highlight the contribution of nuclear chemistry to other fields, astrophysics in particular. Much of the most cutting edge astrophysics research deals with the formation of the universe during and shortly after the Big Bang. In particular, astrophysicists look to explain how the fundamental particles if of matter condensed into the heavy elements that make up the world as we know it. And any model regarding the creation of heavy elements rely on the research performed by scientists like Hofmann.

To that end, Hofmann bucked the trend of naming new elements after nuclear physicists like Niels Bohr, and picked a scientists who spent more time looking up at the heavens than down at the earth.

But to Hofmann himself, this is already ancient history. Notoriously unsentimental about the opportunity to carve a new name in the Stanley Cup of science, Hofmann has already put naming element 112 in the rear view mirror.

Said Hofmann, “we will wait for the IUPAC to rule on the new name, but the aim is now to look for element 120.”