What’s It Like to Name An Element on the Periodic Table?

Element naming has a surprisingly contentious history. Bitterly contentious. We spoke to Sigurd Hofmann, credited recently with the discovery of element 112, to see how he might change course 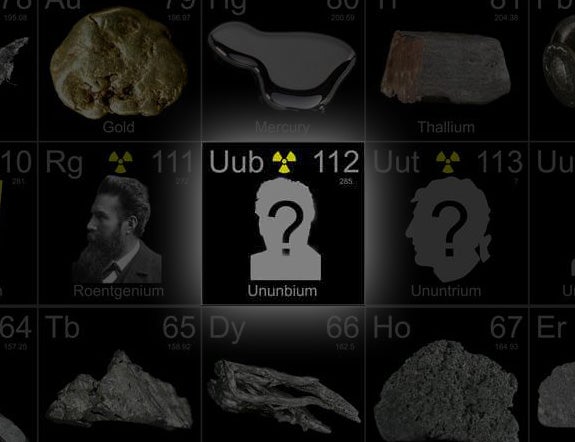 It’s one of the most hallowed clubs in all of science–the lucky few who have discovered and named an element on the periodic table. After stabilizing and observing the latest addition to chemistry’s constitution, element number 112, Sigurd Hofmann and his team will have the chance to make their mark. And despite element naming’s bitterly contentious history (very bitter, actually), Sigurd isn’t sweating it much.

Many have sweated it, a great deal: When chemist Glenn Seaborg heard element 106 had been named after him, he called it a greater honor than his Nobel Prize win. With stakes that important, you’d think emotions in Hofmann’s lab would run equally high.

But Hofmann is not the most reflective or sentimental scientist. Unlike Oliver Sacks, who approached the periodic table with almost religious awe, Hofmann’s Teutonic, matter-of-fact attitude belies no emotional stand on his opportunity to christen the next element. In fact, when asked what the periodic table meant to him, Hofmann replied, “the periodic table means a way to organize elements by proton number and related chemical properties.” That’s like answering, “What does your wife mean to you?” with “she means I get to file a joint tax return.”

Maybe Hofmann isn’t so much aloof as cynical, with decades of flawed, ad-hoc naming convention and inter-chemist feuding having drained the ecstasy from such an opportunity.

From 1940 to 1955, naming was easy, as a single lab at the University of California, Berkeley, produced every new element. Then in 1956, a Soviet lab produced element 102 around the same time as the Berkeley lab. Both sides claimed the right to name the element. And an unlikely conflict in the scientific community was born.

Competing claims to element names continued for decades, in a period of discord known to nuclear chemists as the Transfermium Wars. For 40 years, labs across the US, Europe, and the Soviet Union all continued to name elements without regard for one another. It wasn’t until 1997 that a group of chemists negotiated consensus names for elements 102-109. However, that group proved weak and easily manipulated by the lobbying of labs looking name elements 110 and higher. In 1999, a new committee ended the Transfermium Wars with a structure backed by the world community of chemists and physicists.

And it is that group that bestowed upon Hofmann and his team the chance to name element 112 (also known by its placeholder name, ununbium) which his team first created in 1996 by smashing together zinc-70 and lead-208 nuclei in a heavy ion accelerator. Hofmann was cagey about what the group might name the new element, noting that the process was very democratic and everyone in the lab would get an equal vote.

He did give some hints though. Although every element after plutonium has been named after a famous scientist or the laboratory that first discovered the element, Hofmann mentioned that his lab was considering naming the element after a Greek philosopher.

“We are being very democratic about naming,” Hofmann said. “We are very careful, because these names last forever. We want the name to make sense now and forever–a famous scientist, famous lab, maybe a Greek philosopher.”

That choice would signal an end to the rancorous, land-grabby atmosphere of the past. Whereas choosing an element name referencing a particular lab or indigenous scientist smacks of the chauvinism of the Transfermium Wars, there is something universal in picking the name of an ancient philosopher who, like the element in the periodic table themselves, belongs to everyone.