The entire experiment is 500 miles long, stretching from northern Illinois nearly to Canada. 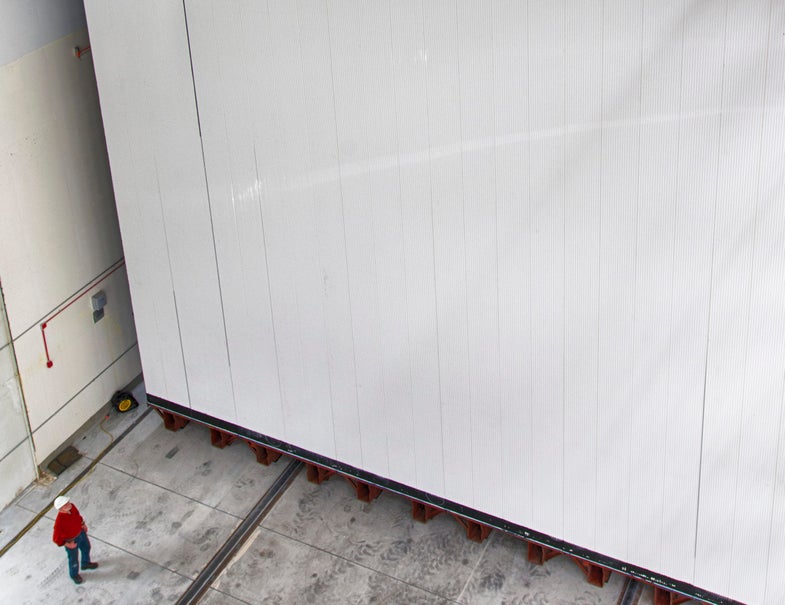 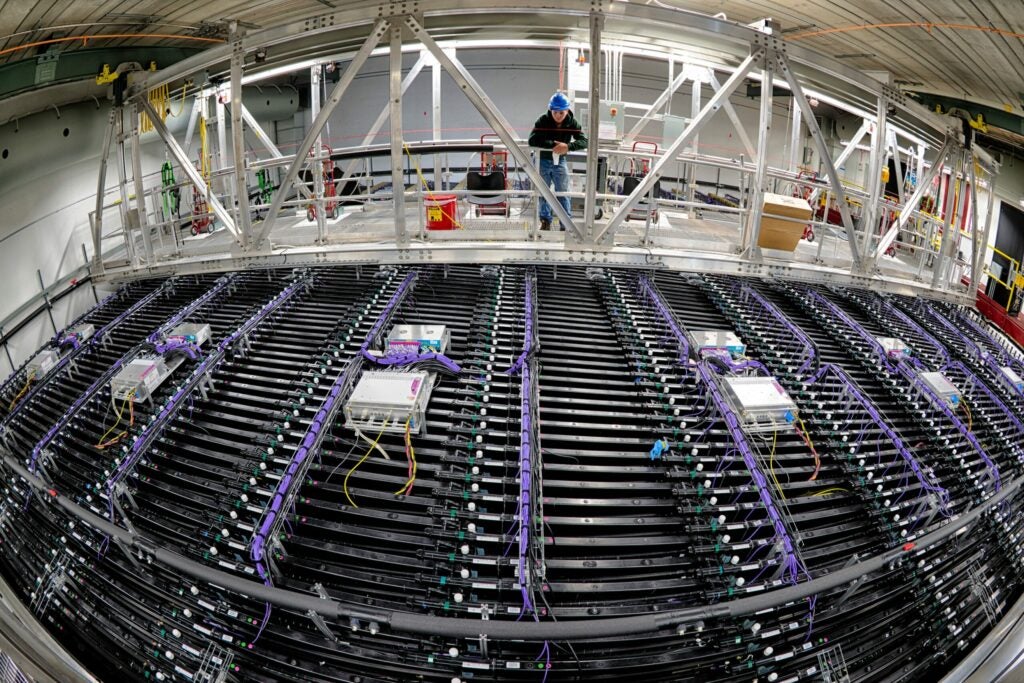 Electronics get installed onto a Fermilab’s neutrino detector.

They’ve traveled 500 miles underground, passing through soil and rock as easily as Casper the Friendly Ghost glides through walls. They’ve gone straight through the Earth, reaching their destination without needing any guidance—no tunnels, no cables—along the way. What are these little ghosts? They’re neutrinos, particles scientists created at the Fermi National Accelerator Laboratory near Chicago and then aimed at a 14,000-ton detector located in Ash River, Minnesota, near the Canadian border. Fermilab announced today it saw its first neutrinos arriving at Ash River.

The detector isn’t even finished yet. When it is, it will be part of the longest neutrino experiment in the world from end to end. The experiment is called NOvA, short for—deep breath—Neutrinos from the Main Injector Off-Axis Electron Neutrino Appearance. Scientists expect to finish NOvA’s Ash River detector, along with a smaller detector located closer to Fermilab, this summer, according to the laboratory.

NOvA will let physicists learn more about neutrinos, subparticles that are abundant in the universe, but difficult to detect and study. Neutrinos don’t tend to interact with matter, which is why scientists are able to send them between Illinois and Minnesota underground. Physicists only recently calculated what neutrinos’ masses must be. At first, scientists didn’t even think neutrinos had any mass, although an experiment in 1998 proved otherwise. 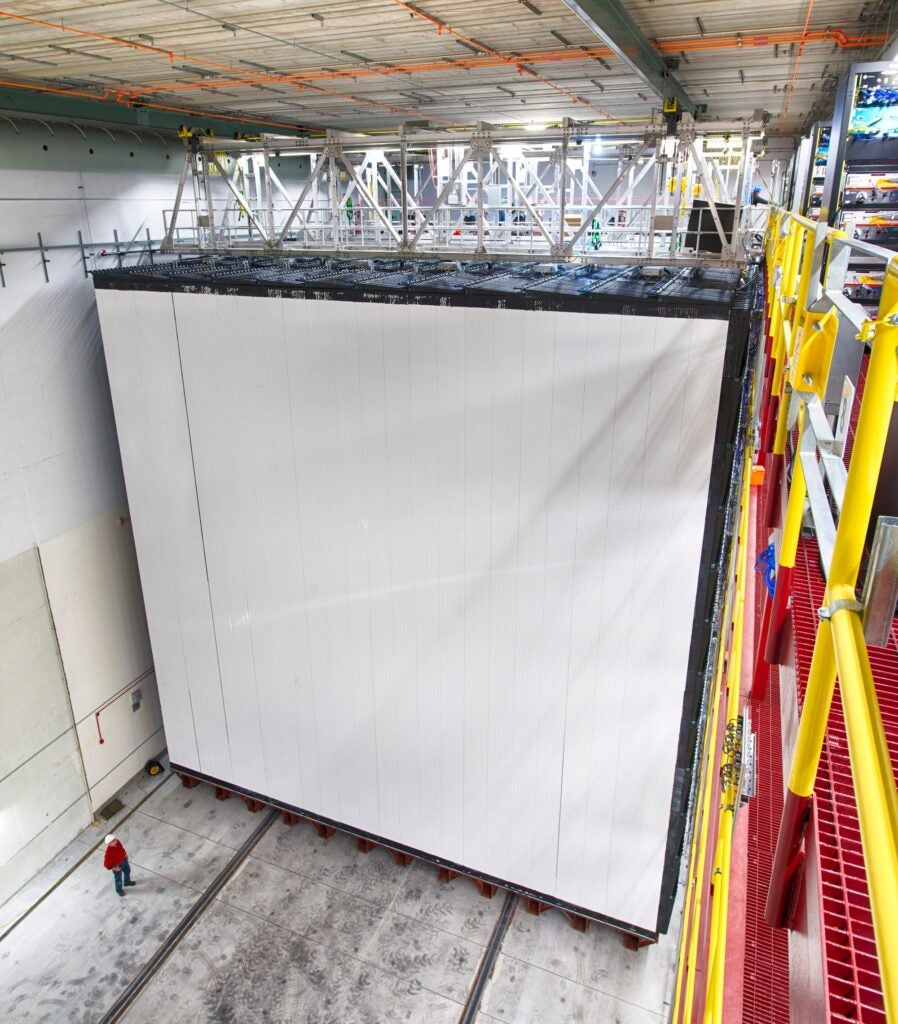 A worker with one block of Fermilab’s Ash River neutrino detector. The overall detector is made up of 28 such blocks.

Long-distance experiments, like this one from Fermilab, aim to give neutrinos time to do something called oscillate. Scientists know neutrinos come in different types, scientifically called “flavors” (Yes, as in ice cream). As neutrinos travel, they change flavors, and that’s what NOvA wants to see.

Neutrinos travel at nearly the speed of light, however, so to have time to see oscillations, scientists need to create facilities where the neutrino and the neutrino-detector are really far apart.

Other cool long-distance neutrino experiments in the world include those housed in Japan and Italy, which works with Switzerland’s CERN. Plus there’s the IceCube Observatory, buried under the Antarctic ice, which observes neutrinos coming in from space.