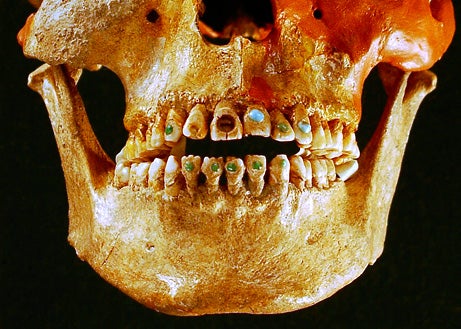 Researchers can figure out who was the Flava Flav of ancient Mesoamerica by checking out skeletons’ teeth. Dentists who lived up to 2500 years ago (who actually sound like they might be more talented than many tooth jockeys I’ve ever gone to) used to do an early version of grills — drilling into teeth and implanting gems like jade. Be sure to check out the picture of a skull decorated in this way.

Also in today’s links: baby flamingos never see the light of day, an EPA manhunt gets underway and more.