Lehman Brothers is no more, but it still has one unusual asset 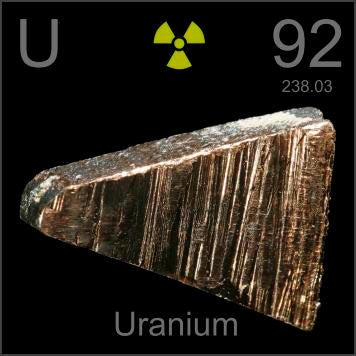 It turns out that when Lehman Brothers went belly-up last fall, it was left with a lot more than just irate investors and billions of dollars in debt. One of the bank’s remaining assets is a sizable supply of yellowcake—the type of uranium that is enriched for use in nuclear reactors and weapons.

There’s a fairly robust market for the material, so it’s not uncommon for a financial services firm to acquire a large amount of it. But Lehman’s commodities traders weren’t able to offload the roughly 500,000 pounds they bought before seeing their employer undergo its now-infamous bankruptcy. Used all at once in an efficient weapon, that volume of yellowcake is enough to yield an explosion equal to a megaton or more of TNT, according to one chemistry expert we asked.

Thankfully, the uranium remains in its far-less-threatening unenriched form, and would require vast resources to weaponize. Still, the question remains what is to become of the supply, which is currently being held in various storage facilities. It likely won’t be sold immediately, as Lehman’s financial wizards wait for the price to go up. Glad it’s in such good hands until then.