The Pentagon is testing an unmanned helicopter that can detect electromagnetic emissions from IEDs. Codename: HELIPANDA (we wish) 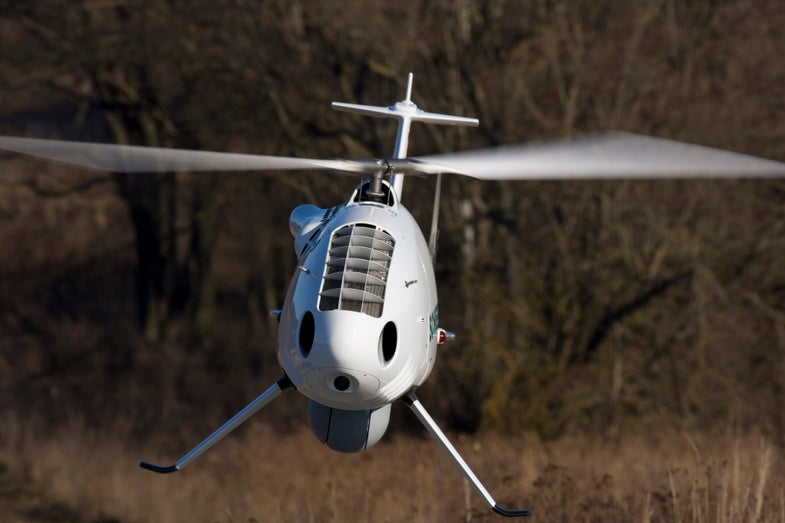 Roadside bombs have long represented the greatest killer of soldiers in Iraq and Afghanistan, but there’s hope beyond the sturdy little demolition bots that already work with their human handlers. The Pentagon now has two aerial drones on the testing docket as possible countermeasures for improvised explosive devices (IEDs)–one of which we’re calling ‘Helipanda’ for the remainder of this post.

I think you can see why. The Air Force Research Laboratory assigned their new copter the more lethal-sounding name “Yellow Jacket,” and gave it special anti-IED instruments that include an “unintentional electromagnetic emissions” sensor.

This sensor allows the helipanda to sniff out electronic energy from the wireless receivers used to trigger IEDs. U.S. researchers have made such detection equipment a priority, and have even developed ways to detect the unintentional emissions in urban environments crowded by signals. Aviation Week reports that a private contractor called CenTauri Solutions received $11.7 million to carry out its Yellow Jacket demonstration, using a Scheibel S-100 Camcopter.

Another unmanned aerial system backed by the Pentagon’s anti-IED organization (JIEDDO) is the Sentinel Hawk. The small drone is slated to fly above convoys and survey the road ahead for bombs, and can also withstand the counter-IED jamming that convoys typically broadcast.

The drones join a host of other technological solutions that the military has sought to counter IEDs, including ray guns and better virtual simulators to train soldiers on detecting IEDs.