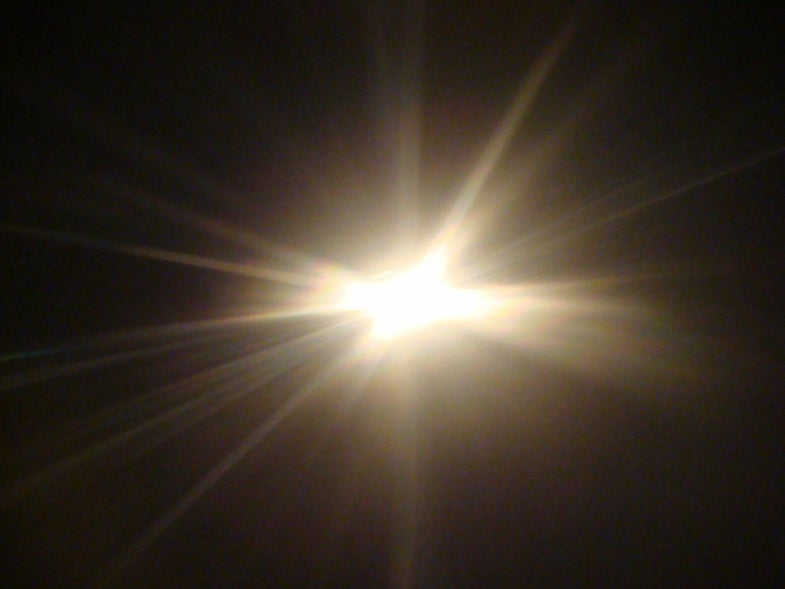 Princeton researchers have managed to cause light to behave like a crystal within a specialized computer chip, according to a recent paper. This is the first time anyone has accomplished this effect in a lab.

Here’s why it’s so hard: Atoms can easily form solids, liquids, and gasses, because when they come into contact they push and pull on each other. That push and pull forms the underlying structure of all matter. Light particles, or photons, do not typically interact with one another, according to Dr. Andrew Houck, a professor of electrical engineering at Princeton and an author on the study. The trick of this research was forcing them to do just that.

“We build essentially an artificial atom, using lots of atoms acting in concert,” Houck tells Popular Science, “What emerges is a quantum mechanical object that [at about half a millimeter] is visible on the classical scale.”

For their study, that great big artificial atom sat on a computer chip, and researchers shined microwave photons on the system. The light particles were then trapped in the atom, forcing the photons to stay in one place. This, in turn, forced the photons to interact with one another, forming an organized crystal-like structure (or lattice).

Once the lattice formed, however, the researchers ran into two challenges: the system was hard to detect, and it was unstable. Light trapped in the lattice couldn’t be observed directly without disrupting the entire system, so the researchers relied on indirect measurement of photons that escaped to “visualize” the event. But those escaping photons presented their own problem; as they left, the system degraded. In order to keep it going, more photons had to be constantly added in. This means the system was in a continuous state of change.

“We researchers are really good at studying static equilibriums,” Houck says. He says there is value in studying dynamic, evolving physical phenomena. In the long term, he says this research, accomplished using components of a quantum computer, could pave the way for more advanced machines.