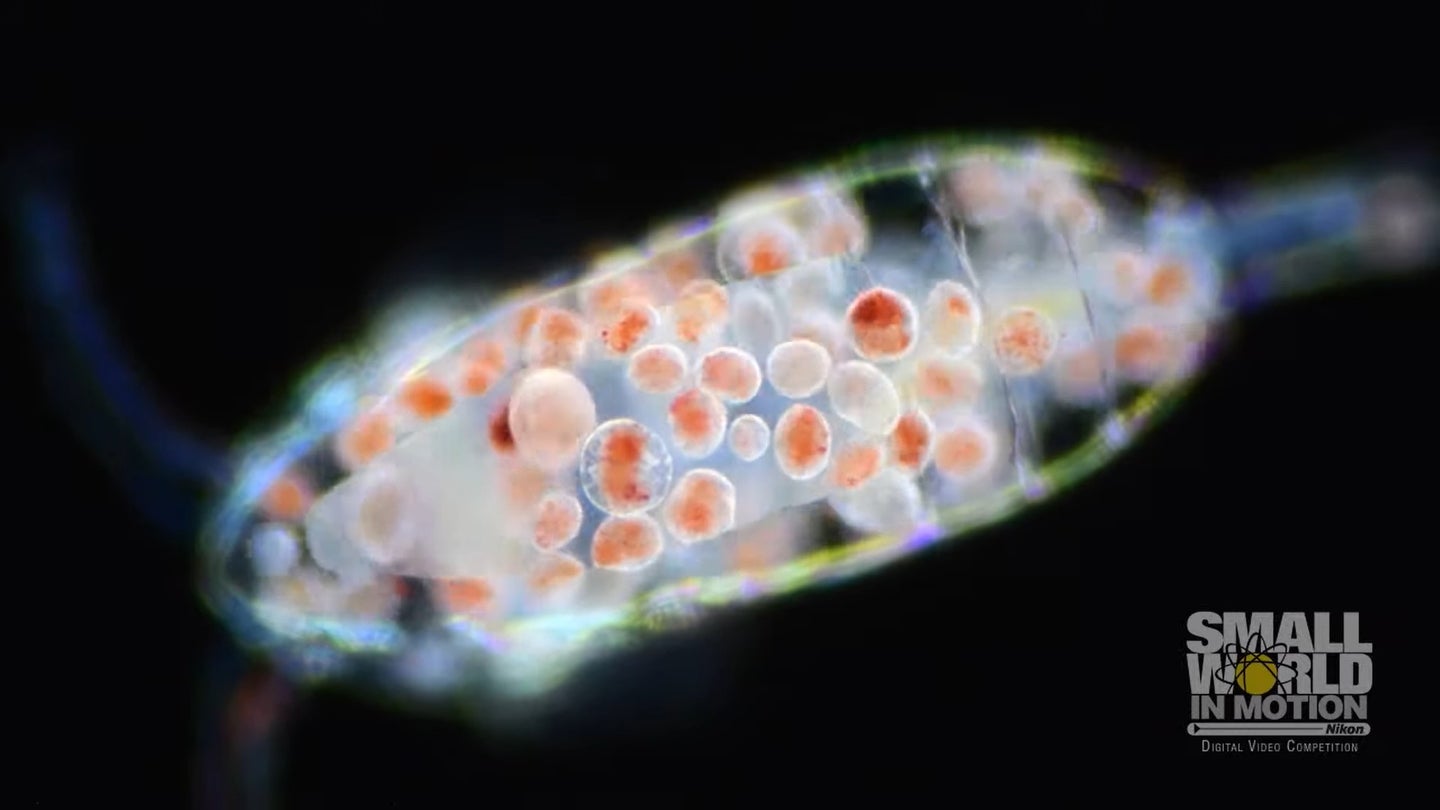 Humans may be creatures of vision, but overall, our visual capabilities sort of stink. So, we’ve used lenses—microscopes, macro camera attachments, and more—to extend our powers of sight. And through that, we’ve enabled a new photographic art form.

Officially dubbed photomicrography, the practice of taking pictures through lab-bench instruments has taken off in the past few decades. The captures are often taken candidly: by a medical expert examining a bacterial culture or a science student trying to suss a water sample. Regardless, they’re worthy of recognition, which is exactly what the Nikon Small World in Motion competition aims to do. Now in its ninth year, the annual award identifies astounding videos and time-lapses taken through a microscopic perspective. The 2019 winners were announced earlier this month; here are a few of PopSci’s selects.

A staghorn coral polyp emerges. The coral is stained green, and attached algae is stained magenta.

Growing Vampyrophrya parasites dance around inside the corpse of a copepod host.

Two freshwater tardigrades cannibalize one of their own.

A snowflake sublimates from gas to solid in a reverse time-lapse.

The chromatophores, or pigment cells, on a longfin inshore squid “bubble.”