We finally have a working supersolid. Here’s why that matters.

Scientists have come one step closer to bringing this exotic state of matter into our world. 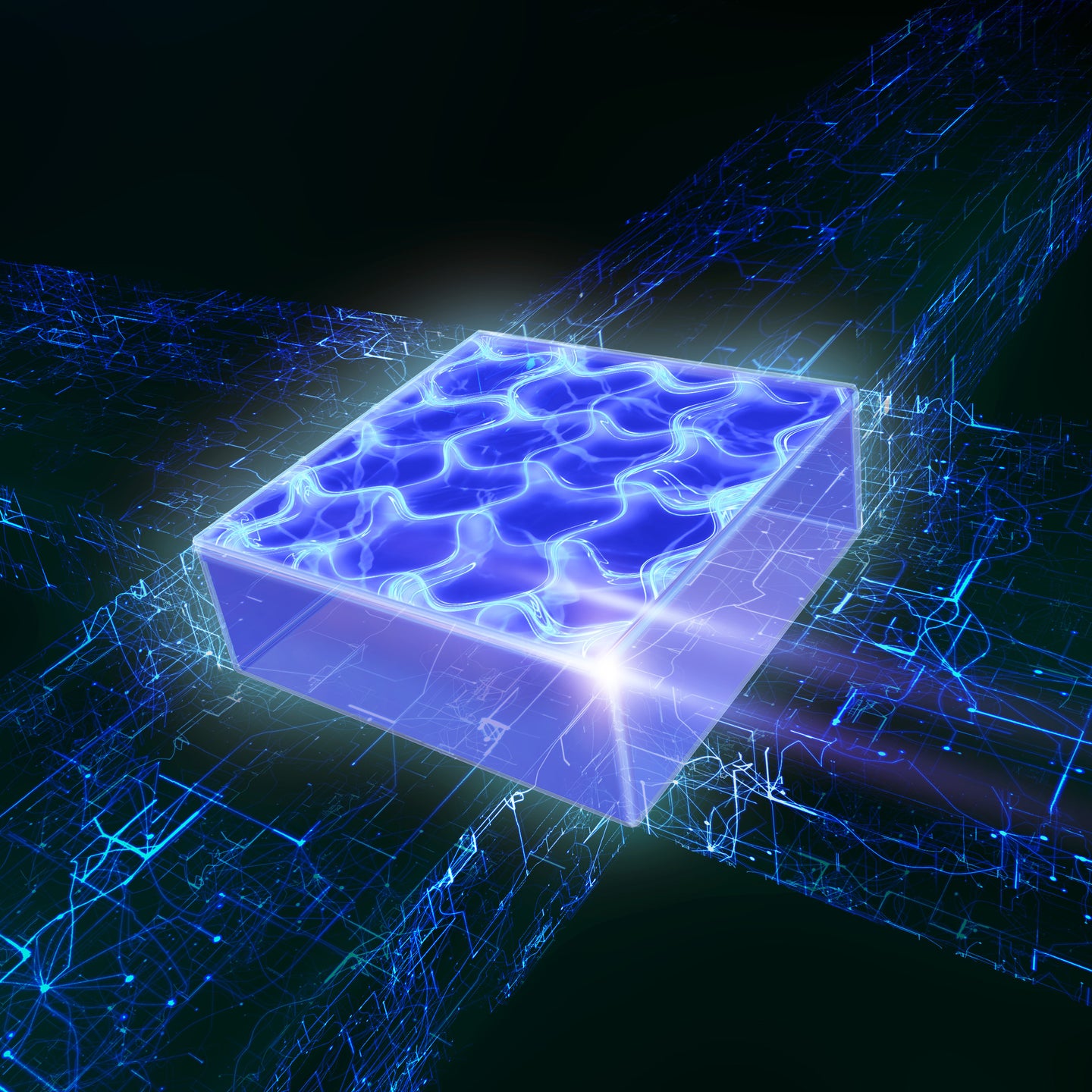 For the past several years, scientists have been creating supersolids at very tiny scales in the lab. Now, a group of physicists have made the most sophisticated supersolid yet: one that exists in two-dimensions. IQOQI Innsbruck/Harald Ritsch
SHARE

Imagine an intact diamond whose innards move with no friction, or a formed ice cube whose tightly-packed contents effortlessly flow. These might sound strange, or even impossible. But to physicists, they’re not too far removed from something they’ve recently created: a strange state of matter called a supersolid.

For the past several years, scientists have been creating supersolids at very tiny scales in the lab. Now, a group of physicists have made the most sophisticated supersolid yet: one that exists in two-dimensions, like a sheet of paper. They published their results in Nature last Wednesday.

“It’s always been a sort of outstanding goal to bring [supersolids] into two dimensions,” says Matthew Norcia, a physicist at Innsbruck University in Austria, and lead author of the Nature paper.

So what exactly is a supersolid? At its base, it contains properties of two different states of matter, one mundane and another quite esoteric.

The first of those states is a solid, which is among the most mundane forms of matter. Chances are that you’re touching one at this very moment. Importantly, To physicists, a solid is interesting because the atoms inside are held in a rigid structure. It’s why you don’t, normally, see solid objects flowing like water.

But the second is a state of matter you’ve probably seen somewhat less: a superfluid. A quirk of quantum mechanics, a superfluid is a substance that acts like a fluid with zero viscosity. Scientists have caught glimpses of superfluids by cooling helium to temperatures barely above absolute zero. They can, and will, effortlessly crawl up walls or slide across surfaces.

A supersolid combines both a solid and a superfluid into one package: a solid that flows like a fluid with no friction, no resistance. If that sounds strange, it’s all perfectly natural. It’s simply a product of quantum mechanics, the peculiar sort of physics that governs the cosmos at the very smallest scales.

“To picture a supersolid, consider an ice cube immersed in liquid water, with frictionless flow of the water through the cube,” wrote Bruno Labruthe-Tolra, a physicist at Sorbonne Paris North University in France who was not involved with the latest paper, in Nature News & Views that accompanied the new study.

It isn’t an entirely new idea; physicists have been proposing it since the 1960s. But for many decades, it wasn’t clear if we could make a supersolid on Earth. Only in the 2010s did scientists start making concrete progress towards creating a supersolid in the laboratory.

At first, scientists tried looking for supersolids in supercooled helium. Superfluids occur in helium, whose atomic properties make it ideal, so it seemed logical that you might find supersolids in them, too. But that effort has yet to bear fruit.

Later in the decade, physicists began turning to other elements such as rubidium and lanthanum. When you trap a small number of gaseous atoms and chill them down to fractions of a degree above absolute zero (the very coldest possible temperature, at around -460 degrees Fahrenheit), they condense into a whole suite of quantum weirdness. That’s called a Bose-Einstein condensate.

So, to create a supersolid, you first trap some atoms, then cool them, then play with their interactions. “If you tune those correctly, and you tune the shape of the trap correctly, you can get a supersolid,” says Norcia, the lead author.

Using this method, in 2019, researchers began to create a basic, one-dimensional supersolid: essentially, a thin supersolid tube in a straight line.

That’s what Norcia and his colleagues at Innsbruck University and the Austrian Academy of Sciences have now done. By tinkering with the device they used to trap atoms and the process they used to condense the atoms, they were able to extend their supersolid from one dimension into two: from a tiny tube into a small sheet.

“This demonstration is a key advance because one direct way to prove that a system exhibits superfluidity is to study its properties under rotation,” writes Labruthe-Tolra, “and this analysis cannot be achieved if the system has only one dimension.”

Probably not soon, according to Norcia, though he says it’s a question that has crossed physicists’ minds. Currently, he’s uncertain how they would do that with the technology they have.

Instead, for now, the researchers want to study the supersolid they’ve created. Even though they’ve successfully created a supersolid, physicists still know so little about it.