Watch it for yourself 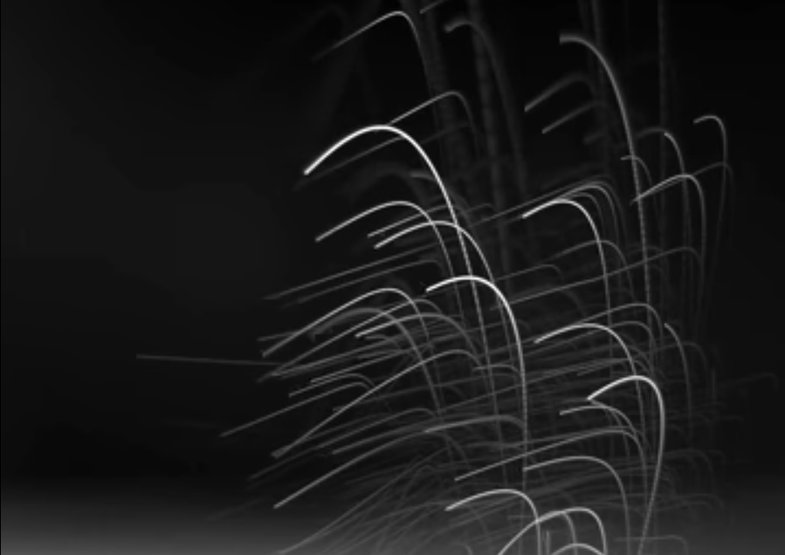 Raindrops might be pumping bacteria into the sky, according to a study published today in the journal Nature Communications.

Scientists have known for a while that bacteria somehow make their way into the air, affecting cloud formation and climate, as well the transmission of some diseases. What they haven’t known is how.

This new study builds on previous research that looked at how droplets interact with porous surfaces.

“When we published that paper,” said study author Cullen Buie, an Associate Professor of Mechanical Engineering at the Massachusetts Institute of Technology (MIT), “someone in the United Kingdom actually sent me a note saying ‘hey, I just saw your paper, I was curious if you ever looked at or thought about bacteria in those droplets.’”

The person in question worked on a tropical disease called melioidosis. Meliodosis occurs in parts of Australia and Vietnam and is caused by bacteria that disperse into the air. Scientists knew that incidents of people getting this infection went up after a rainfall, but they weren’t sure exactly how rain was involved. Buie’s study suggests a mechanism—bioaerosolization, or the suspension of particles that contain living organisms like bacteria.

“On certain surfaces, when droplets hit at kind of the right speed the droplets would trap air,” said Buie. “That trapped air would form small bubbles that would rise to the surface of the liquid and then burst, much like what you would see if you drink a carbonated beverage. So, if you pour a fresh coke and see, like, the fizz on top, that’s analogous to what we were seeing. Not from carbonated liquids, but from plain liquid water on porous surfaces.”

In short, when a rain drop hits soil, small bubbles are formed. When the bubbles burst, they send soil into the air with them. And those tiny bits of soil carry even tinier bacteria. Using high-speed cameras, fluorescent imaging, and computer models, Buie and his colleagues were able to determine that a single rain drop can transfer 0.01 percent of bacteria on the soil surface to the atmosphere.

Once in the atmosphere, the bacteria can survive for upwards of an hour. In total, the researchers think that rain transfers between 1.6 and 25 percent of the total bacteria in the atmosphere—depending on local soil types.

To get this result, Buie’s study took five different soil types (to account for differences in density) and treated them with particles of various sizes (including some benign bacteria). The synthetic particles were already fluorescent, while the bacteria particles were treated with an agent to make them glow. The researchers then exposed the soil samples to rain-like conditions, and the resulting aerosols were collected on a nearby sampling plate. Buie’s team found that sandy clay soils have ideal properties for aerosol generation. In other words, raindrops hitting sandy clay soils send more bacteria into the air than droplets hitting other kinds of dirt.

The researchers also found that warmer temperatures seem to propel bacteria more efficiently, though they’re not sure why.

“We didn’t anticipate a temperature effect,” said Buie, “but the mechanism for that is something we’re going to look at in the future.”

Cullen stresses that this isn’t something we should be concerned about—the process of bacteria entering the air is one that has always occurred all around us. But now, we can see it for ourselves—and understand how it works.