What is causing these black and white bars to change direction?

A quick physics lesson should clear things up 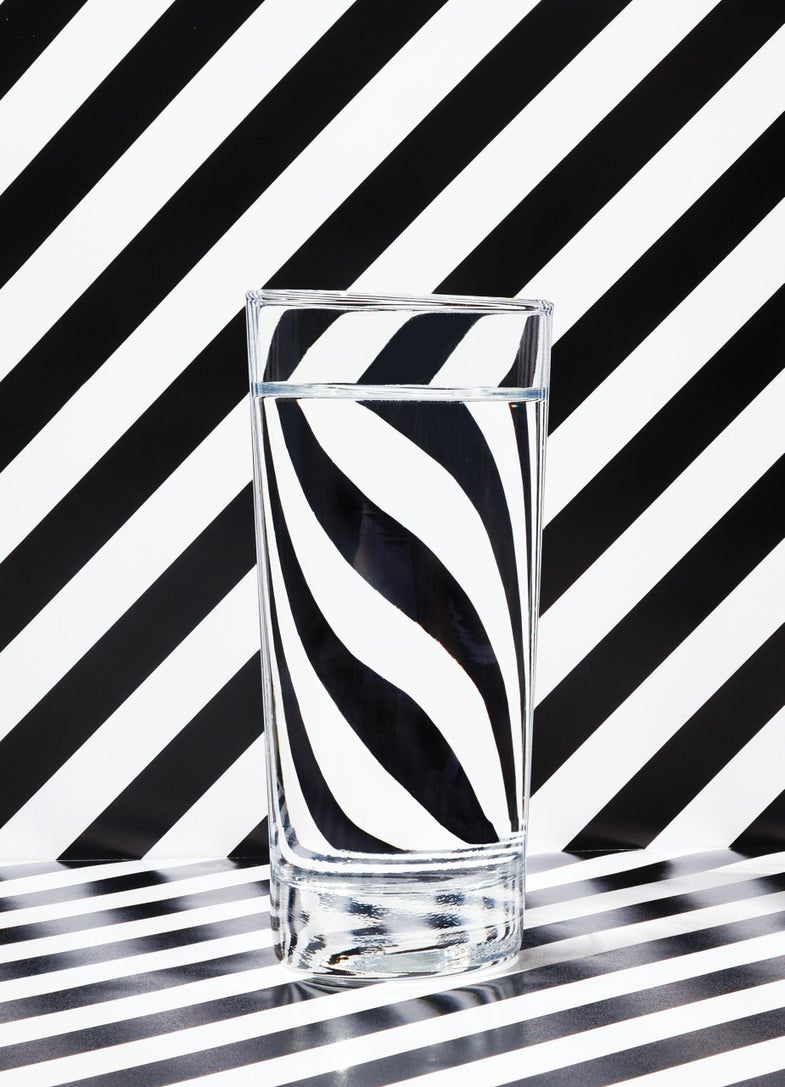 Why do the black and white bars on this piece of patterned paper seemingly switch direction? The answer lies in the shape of the glass—and what’s inside.

First, a few basics about how you perceive the world. Typically, light bounces off an ­object and hits your eye in a straight line. But when light waves have to travel through a ­medium thicker than air, they move more slowly. In this case, the water inside the glass has pumped the waves’ brakes.

That change in speed causes a ­redirection, or bend, of the wave, a process known in physics as refraction. You might remember this concept from high school science classes. Well that’s only half the story. Think of the glass as a converging lens, which is one that is curved on all sides. As light passes through it, the curved shape forces the light to bend from every direction. The dense medium of water significantly enhances this bending. The ­refracting light waves converge at what’s called the focal point, then cross each other.

This point lies somewhere between your eyes and the glass. The image you see is the one created by the crossed ­light waves. ­Because they now travel in opposite ­directions, the lines appear reversed. ­Ignore ­physics, and the image seems illusive; ­remember it, and it’s just reality.