It's still unclear just how much the weight of a boxing glove affects the performance and safety of a fighter. 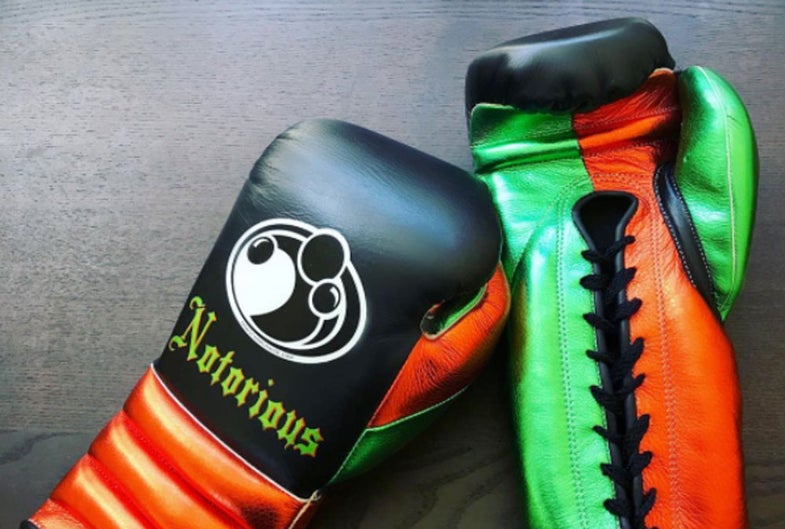 Trash talk has been a fundamental part of the run-up to the August 26 match between undefeated boxer Floyd Mayweather and Mixed Martial Arts champion Conor McGregor. A few weeks ago, Mayweather turned his attention to the weight of their fight gloves on social media. He proposed the pair battle while wearing gloves that weigh 8 ounces each, instead of the usual 10-ouncers required for their weight class, which is 154 pounds. McGregor’s response was positive (and obscenity laden), and the Nevada State Athletic Commission, which is sanctioning the bout, has granted the opponents a one-time exception to use lighter gloves. What this means, however, is a topic of much debate in the boxing community. Those 2 ounces have caused a big stir, especially in a time when the scientific data about brain injuries in sports grows more troubling.

“They’re supposed to use 10-ounce gloves,” says Larry Lovelace, president of a group called the Association of Ringside Physicians, which advocates for the safety of fighters in combat sports. “There’s not a lot of scientific research to say that’s where the cutoff should be. But, the question that I have is, why is Nevada going to go against their own regulations and rules?”

The ARP has issued a statement questioning the Nevada commission’s decision and calling for more scientific research on whether or the Commission’s glove guidelines actually benefit the fighters’ overall health during and after the match.

There is no national governing body that regulates boxing, and the rules about gloves vary from state to state. The Nevada commission’s rule NAC 467.427, section 5, subsection a states that a fighter “at 135 pounds or less must wear gloves which weigh 8 ounces during the contest or exhibition.”

McGregor and Mayweather are firmly in the territory for 10-ounce gloves.

It’s all about the hands

Boxing experts will tell you that the original intent behind sheathing boxers’ hands was to protect them from breaking. Greek gladiators used to wrap leather straps around their fists. The Marquess of Queensberry Rules, published in England in 1867 and one of the earliest recorded rulebooks on boxing, demanded gloves be “fair-sized” but didn’t specify a weight or physical dimensions.

In bareknuckle matches, headshots were relatively rare because of their potential for broken bones. As glove technology improved and the hands had more cushioning, it allowed fighters to throw harder punches and increase the percentage directed at the opponent’s face.

With no top-level organization in charge of the rules, glove practices continued to fluctuate through the first half of the 20th century, with a consensus that heavier fighters should wear bigger gloves. But there were exceptions: When a 224-pound Muhammad Ali knocked out the 215-pound Joe Frazier in the 1975 heavyweight fight known as The Thrilla in Manila, he was wearing 8-ounce gloves as agreed upon in the contract.

41 years ago today, #MuhammadAli took down Frazier in the "Thrilla in Manila"

For the 1968 Olympics, l’Association Internationale de Boxe Amateur, an international governing body for amateur boxing, called for all weight classes to use 8-ounce gloves. The AIBA found that 10-ounce gloves offered “18 percent more protection,” than 8-ounce versions but hindered fighters’ performance too much to make the switch.

A lack of sweet science

The amount of research into the effect glove weight has on fighter performance and safety is surprisingly small, even as the topic of brain injuries in sports has gained momentum in the past decade.

“When it comes to research, MMA and boxing are farther behind most of the mainstream sports,” says Jonathan Gelber, an orthopedic sports medicine doctor and ARP board member. “We don’t know what changing those glove sizes for boxers with heavier weights will do.”

One study often cited about the impact of glove size and weight comes from the University at Waterloo. The 2014 paper outlines a single experiment in which a 16-ounce boxing glove and a 4-ounce MMA-style glove hit a sensor every 1.8-seconds for about five hours and a total of 10,000 strikes each.

Pick one and say please

Researchers were testing the durability of the material inside the gloves, but the experiment also provided data about the overall impact of different glove weights. The lighter gloves were found to have a higher peak force, but a shorter overall impact duration, while the inverse was true for a heavier glove.

A lower peak force and a longer impact duration give the brain more time to deform, and that’s suspected to be a key contributing factor in CTE and other brain injuries.

“Chronic Traumatic Encephalopathy is a huge area of study across all contact sports right now,” says the ARP’s Lovelace. ”But, is it better to get one big punch and get knocked out as opposed to 100 little punches where each one does a little bit of damage? We don’t quite know that yet.”

ARP board member Gelber adds, “Longer fights end up having a higher number of head strikes. These sub-concussive strikes don’t necessarily cause a concussion or knockout, but they have a cumulative effect.”

The relationship between boxing gloves and brain injuries was a key point in an oft-cited paper called The Boxing Debate, which was published by the British Medical Association in 1993. The paper clearly points out the lack of evidence that gloves prevent head injuries: “The introduction of measures intended to reduce the force of blow to the head are of little practical value if the minimum force needed to sustain either chronic or acute brain damage is not known.”

Another day, another knock.

A combination of variables

While Nevada’s rules mandate that gloves weigh a certain amount, there are fewer regulations to govern things like the shape of the gloves or the location of the padding. As a result, different brands of gloves typically have vastly different characteristics in terms of protection and feel.

Mayweather, for instance, typically fights in Grant gloves, which are known to have more padding around the wrist area. That makes them better for defensive fighters, of which Mayweather is regarded to be one of the best of all time.

Glove choice has been an issue in Mayweather fights before, most recently in his fight against Manny Pacquiao in 2015. Reports claimed that Mayweather was unhappy about Pacquiao’s choice of Reyes gloves, which typically use horse hair in addition to foam for padding and are known as puncher’s gloves because of their impact characteristics.

While the commission isn’t specific about all aspects of the gloves, it does outline a variety of glove safety standards that seem to have much more to do with protecting the hands than the brains of the fighters. Each fighter’s hands are wrapped in gauze under the supervision of a commission inspector before the gloves can be donned.

The inspector also has to watch the gloves be removed from their sealed packaging in pro fights and inspect the surface for irregularities. This is in an effort to prevent doctoring. In 1983, an opposing coach accused boxer Luis Resto’s trainer of removing padding from each glove before Resto’s fight with Billy Collins Jr.. Resto delivered a severe beating, and Collins suffered a career-ending torn iris. Resto and his trainer were eventually convicted on charges of assault, conspiracy, and criminal possession of a deadly weapon. They each served two-and-a-half-years in prison for the incident.

While two ounces may sound like a small amount of weight, Mayweather and McGregor will feel some practical effects from the lighter gloves. “The first time you get hit in a pro fight with an 8-ounce glove, it makes you reevaluate all the bad decisions you’ve made in your life,” says Alex Brenes, a former professional boxer. He was a Golden Gloves boxer, and a member of the Costa Rican national boxing team before starting a 17-fight pro career. Not only do the punches hurt more, Brenes explained, but the smaller gloves also feel different from the puncher’s perspective.

“Whenever I knocked someone out in 8-ounce gloves,” says Brenes, “I felt their bones in my hand.”

Fighters train with heavier gloves than they wear in competition in order to increase their overall muscle stamina. “If you can do 12 rounds at a good pace with 16-ounce gloves, fighting with half that weight should be no problem,” says Brenes. Some heavyweights go all the way up to 18-ounces for training.

Despite the fact that he’s 11 years older than McGregor, Mayweather may have an endurance advantage in 8-ounce gloves. Over 49 fight professional career, Mayweather has thrown an average of 39 punches per round. A 20 percent weight reduction to each glove represents a considerable reduction in work necessary to throw those strikes.

Still, it’s unclear if the lower-weight gloves will benefit either fighter from a competitive standpoint. Some analysts expect the change to help McGregor, who is more used to fighting in four-ounce MMA gloves. Others point out that Mayweather has fought most of his career in lower weight classes where 8-ounce gloves are the norm, so he’ll feel comfortable at that weight.

There does seem to be a consensus among experts, however, that lighter gloves increase the chances that one of the fighters will be knocked out before the final bell rings after 12 rounds.