Now you can 3D print your own sonic tractor beam 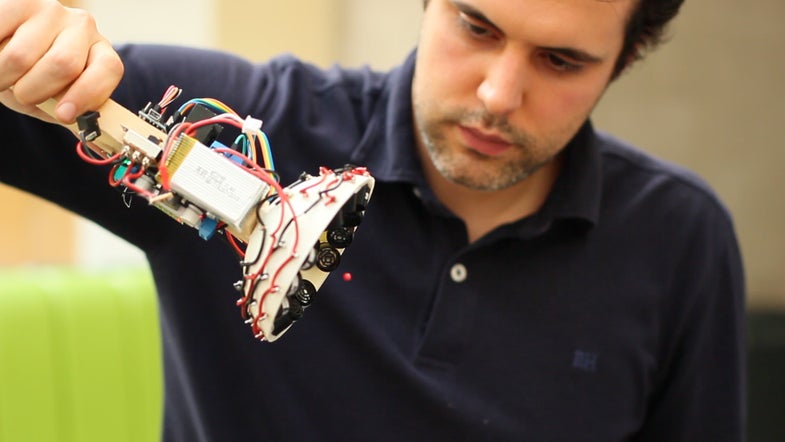 In 2015, researchers made (acoustic) waves when they created the first single-direction sonic tractor beam. Now, the same scientists have developed the invention’s design, simplifying it to let anyone with a 3D printer build their own portable tractor beam.

In the past, scientists have used sound waves to push and pull small objects around. However, they required setups that shot sound from multiple directions. Then, a little over a year ago, physicists from the University of Bristol and the University of Sussex published a Nature article demonstrating the first sonic tractor beam to use a single beam of sound waves. Instead of relying on interactions between multiple beams, the new device manipulated the sound waves’ shapes—and object-trapping abilities—with a complex electronic array. It could trap small beads, and even a fly.

Unfortunately, that electronic array made the original design too expensive and complex for the average DIYer to build. So the study’s lead author Asier Marzo, currently a research assistant at the University of Bristol, adapted the instrument so hobbyists could make their own. First, he changed the design to get rid of the electronics. Instead of modulating sound waves with electronic components, the new device uses its own physical structure.

“We can modulate a simple wave using what’s called a metamaterial, which is basically a piece of matter with lots of tubes of different lengths,” Marzo said in a press release. “The sound passes through these tubes and when it exits the metamaterial, it has the correct phases to create a tractor beam.” 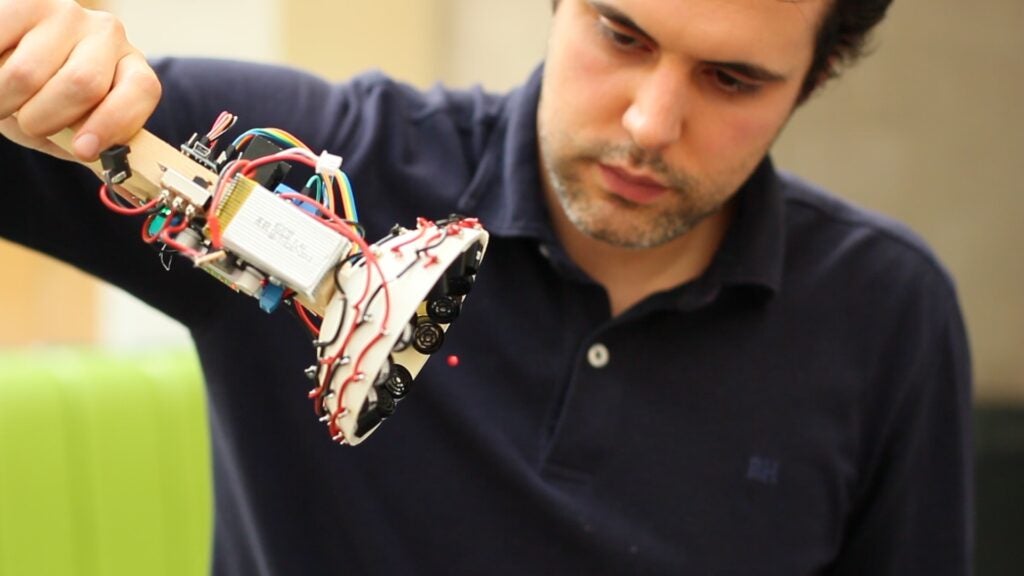 To craft tubes with the ideal shape, Marzo and his team turned to 3D printing. This presented a challenge: For at-home hobbyists to replicate the metamaterial on commercial 3D printers, which do not have very high resolution, the tubes couldn’t be too detailed. But they had to be able to properly modify the shape of the sound waves.

Once the researchers developed a metamaterial that fulfilled all of their requirements, they powered the device with an Arduino brain. With the design complete, they published their work as an open-access paper in the journal Applied Physics Letters. In order to help readers replicate their work, the researchers laid out step-by-step instructions in the above video and provided a materials list, links to digital files, and even more details in an Instructable.

The hand-held tractor beam looks fun, but it also has scientific uses. A levitated object behaves similarly to an object in microgravity. So suspending cells, microbes, or even embryos in a tractor beam like Marzo’s could help us predict how these tiny objects will act in space. As the maker community tinkers with the portable tractor beam, they may make scientific discoveries, or even tweak the design in an attempt to control larger objects. So stay tuned—and happy levitating!