The logic behind your bartender's advice. 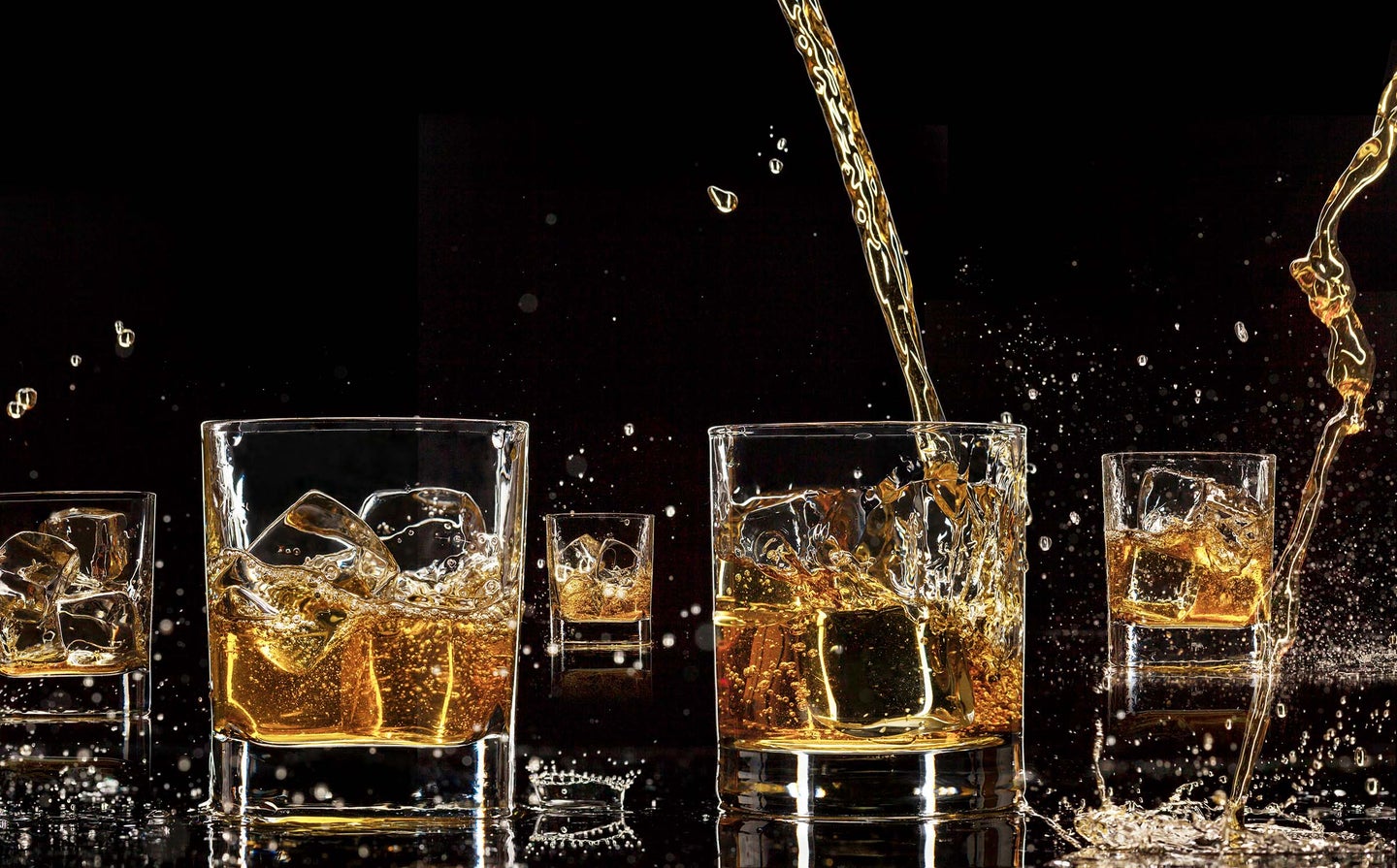 Bartenders often suggest whiskey drinkers should add a splash of water to their drink. Chemists uncover the reason why. Depositphotos
SHARE

Your bartender was right, according to a study released today in the journal Scientific Reports. When it comes to whiskey, a touch of dilution improves the solution. Diluting your whiskey with water makes it more flavorful, especially if it’s Scotch.

The reason is guaiacol, an aromatic oil that gives the liquor its signature smoky flavor. Guaiacol is present in guaiacum, a kind of slow-growing shrub with pretty purple flowers, and, as relates to whiskey, the compound is also present in something called wood creosote.

To make whiskey, distillers create a mash, or fermented alcohol solution from a mixture of grains, yeast and water. If you’ve ever wondered what, besides spelling, separates American whiskey from Irish whiskey and Scottish whisky, the answer is (at least in part) the ingredients. Broadly speaking, American whiskey (also called bourbon) is usually made from corn; Irish whiskey from a blend of malted and regular barley; Scottish whiskey (Scotch) from only malted barley. After the mash is made with its respective grain, whiskey makers pour it in distillers, or special containers that boil off the methanol—alcohol that famously makes humans go blind. That leaves behind ethanol, the alcohol that we think of as, well, alcohol, along with the flavors of the original mash. The remaining liquid is put to age in charred oak barrels, which is where scotch gains it’s guaiacol. Charring wood creates wood creosote, so as the liquid interacts with the barrel’s walls, guaiacol migrates into the liquor.

Scotch tends to have more guaiacol than other whiskies because it’s made from malted barley, or barley that’s been soaked in water to make it germinate and then heated to stop that germination. In the case of whisky from the Scottish island of Isley, the barley is smoked on peat fire. Both steps add a bit more guaiacol to the mix.

What does this have to do with adding water to your drink?

Unless you’re drinking your whiskey through a bendy straw, you’re sipping from what’s known as the liquid-air interface—the top. But when whiskey is more than 50 percent alcohol, as is the case with some of the finer varieties, guaiacol tends to hang out deep in the glass. Adding a bit of water moves guaiacol closer to the surface, where you can better smell and taste it, creating a more satisfactory flavor.

It would be great if researchers from Linnæus University in Sweden had come to this conclusion by simply drinking lots of whiskey, but instead they ran computational models to study the distribution of guaiacol in water-alcohol mixtures of different concentrations. They found that alcohol doesn’t actually love mixing with water. At lower alcohol levels, it moves close to the top of the glass. But as alcohol concentration increases, the alcohol molecules clump together to form bigger, denser clusters. Those clusters tend to move to the bottom of your drink, away from your taste buds. As it’s the alcohol that contains the guaiacol, this southern migration takes the flavor along with it. Of course, some might argue that the test is in the tasting.

Popular Science reached out to Eddie Russell—the master distiller at noted bourbon manufacturer Wild Turkey—to see what he thinks of a splash of water.

“Most of the bourbon makers when I was growing up—Booker Noe, Jimmy Russell, Elmer T. Lee—they would say no, you don’t need no water; it’s perfect the way it is,” says Russell. “But I think that was just because the scotch guys always said to drop a few drops of water in it.”

There is, needless to say, a friendly rivalry between the different schools of whiskey making.

Russell doesn’t add drops of water to his bourbon when he’s drinking, but he does add two ice cubes—which is, in terms of the study’s findings, essentially the same thing. “I think as it melts it does sort of open up some different flavors you wouldn’t get right off,” says Russell. “Whether it’s cutting down the alcohol a little bit or just different things combining to bring out some different flavors.”

There is an exception, however, which is when the whiskey is coming straight from the barrel. That, Russell prefers to drink neat: no ice, no water. He says that makes it taste more natural, which flies in the face of what the study authors say. They conclude that cask strength whiskey is especially improved through dilution, as whiskey is typically diluted before being bottled. It could be that a fresh pour from a cask, where bourbon has so recently been in intimate contact with the source of its tasty guaiacol compounds, is outside the behavior that they modeled. Or it could be that this is a question that warrants further study. We’ll drink to that.