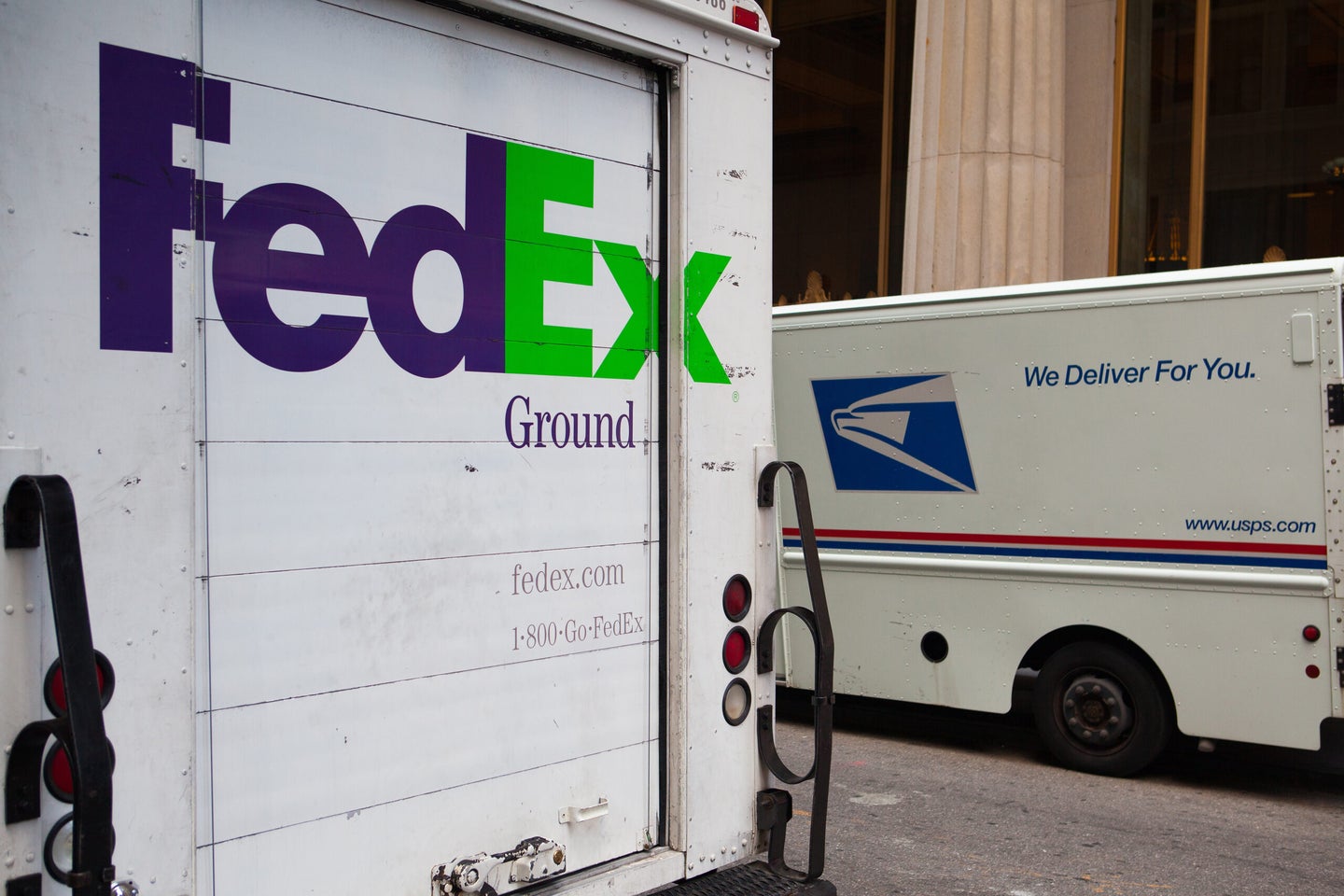 The following is adapted from QUAKELAND: On the Road to America’s Next Devastating Earthquake by Kathryn Miles.

Dave Lusk is senior manager of global operations for FedEx. At least, that’s what his business card says. On the grounds of a FedEx facility, he’s known as the “master of disaster.” He’s the guy at the center of contingency planning and triage whenever something goes wrong anywhere FedEx services, which is to say pretty much anywhere in the world. About fifteen minutes before our appointed meeting time, Lusk sends an email apologizing and saying that he will be a half hour late—a big storm is brewing in the Northeast. I didn’t think to check my email. And so, a few minutes after that message, he also sent a text. The master of disaster is also the master of multitasking.

When we do meet, I find an outgoing guy in his sixties, with slicked-​­back white hair and rimless glasses. He’s affable and speaks with a twinge of both his Cincinnati heritage and his years in the navy (which is to say his “ma’am” in enunciated with equal parts drawl and military crispness). Lusk worked for three years as an air traffic controller aboard the USS John F. Kennedy, a 60,000-​­ton aircraft carrier that was home to eighty jets and their crews. He liked the gig so much he decided to make a career out of it in the private sector. It can take months and months to get your FAA credentials, though, so he spent the interim working as a flight attendant for Pacific Southwest Airlines. It was an illuminating study in human behaviors and needs, he says. And that, more than any‑ thing, comes in handy at his current occupation.

These days, Lusk spends most of his time in the Memphis-based FedEx Global Operations Control Center at a campus adjacent to the airport. It’s a room just shy of the Dr. Strangelove set and overwhelmingly dominated by a massive movie-​­theater-​­size screen (which is actually about forty 40‑inch high-​­tech monitors squished together in a grid). There, he and the Global Operations Control team can track every FedEx air asset in real time. They can keep tabs on weather conditions, congestion, and flight hours. Lusk explains it is in the nature of the business for things to go wrong.

Sometimes, it’s a simple mechanical failure or, in the case of tonight, a violent weather system. When Malaysia Airlines Flight 17 was shot down over Ukraine, restricted airspace around the crash site changed flight patterns and added an extra twenty or thirty minutes to travel time—a major headache when you’re managing over 650 planes and airports in every time zone.

Disasters pose a particular problem for a company that needs to be in the air and on the ground no matter what. In the days after 9/11, Lusk had to figure out how to turn airfreight into a ground game. When Hurricane Matthew made landfall in South Carolina, closing airports and roads there, he worked through a FEMA clearing house to get reentry letters for his crews, who were carrying resources for the Red Cross, along with basic supplies.

He doesn’t relish them, but Lusk says the nice thing about a lot of natural disasters is that they are polite enough to give advance warning. Lusk’s crew includes a staff of fifteen meteorologists who work in conjunction with the company’s logistical team. When Superstorm Sandy was bearing down on the Mid-​­Atlantic, they rerouted fifty planes and stepped up operations in the heartland. When Katrina decimated the Gulf Coast, FedEx had to suspend operations in places like New Orleans and Biloxi. In the meantime, Lusk sent down members of the FedEx security team (who are also commissioned police officers) to account for each employee and hand out cash to those who needed it.

Seismic events, he says, pose a particular hazard that’s challenging even for the leader in logistical management. “Earthquakes are immediate and local. We can’t track them. We can’t predict them.” So what’s going to happen to your medication and your contracts and your bullets and your radioactive waste if and when the big New Madrid quake goes off?

Lusk says you’re going to have to be patient—at least at first. His first mission is going to be to make sure all of his employees are safe and sound. He’s stashed days’ supplies of water and MREs in shipping containers around the FedEx campus, and the facility’s twenty diesel generators can keep operations running for about twenty-​­four hours on a tank of gas. But until he knows his employees have been safely evacuated, your package is going to have to wait.

Back in the 1990s, when the New Madrid fault zone was getting a lot of attention, Lusk asked engineering and seismic scholars from around the region to assess the FedEx facility. On their advice, they’ve retrofitted the buildings here. He feels pretty sure they’ll still be standing, even in a major quake. What he really worries about is fire.

“The fire department isn’t going to be here in five minutes. They’re going to be digging their equipment out of the rubble,” predicts Lusk.

To be safe, FedEx has established a “hot” contingency control center thirty miles east of the airport. “Hot,” Lusk explains, as in “plug and play—it’s a completely redundant facility.” One day each week, his team runs the company’s operations from there, just to make sure everything is in working order. Twice a year, they move operations over there for two full weeks.

“We want to really stress that facility,” he says. “If we have to deploy there in an emergency, we want to know we’ve done it before. If you’ve gone through it again and again, then things start to feel pretty much rote.”

The company also maintains a duplicate data center in Colorado in case of this kind of disaster—part of what Lusk calls “risk mitigation by mitigating risk over geography.”

While that switch is happening, Lusk’s other major concern will be to get his aircraft out of Memphis. That’ll have to wait until the runways have been inspected and tower controls are fully functional. As soon as they are, Lusk says his plan will be to get his planes to underused hubs in Indiana or South Carolina that can take on the extra sorting pressure.

“This is the philosophy we use in any event—severe winter storm, riot, anything,” Lusk explains. “We compartmentalize the event. It’s like a tourniquet: tie it off, keep it localized.”

Every month, a scheduling team updates all routes and flight times for the company. One of their main tasks is to envision a month where the Memphis hub is down—or destroyed.

Adapted from QUAKELAND: On the Road to America’s Next Devastating Earthquake by Kathryn Miles, published by Dutton, an imprint of Penguin Publishing Group, a division of Penguin Random House, LLC. Copyright © 2017 by Kathryn Miles.