Murraya paniculata shared a piece of the limelight with the winner, Zaila Avant-garde. 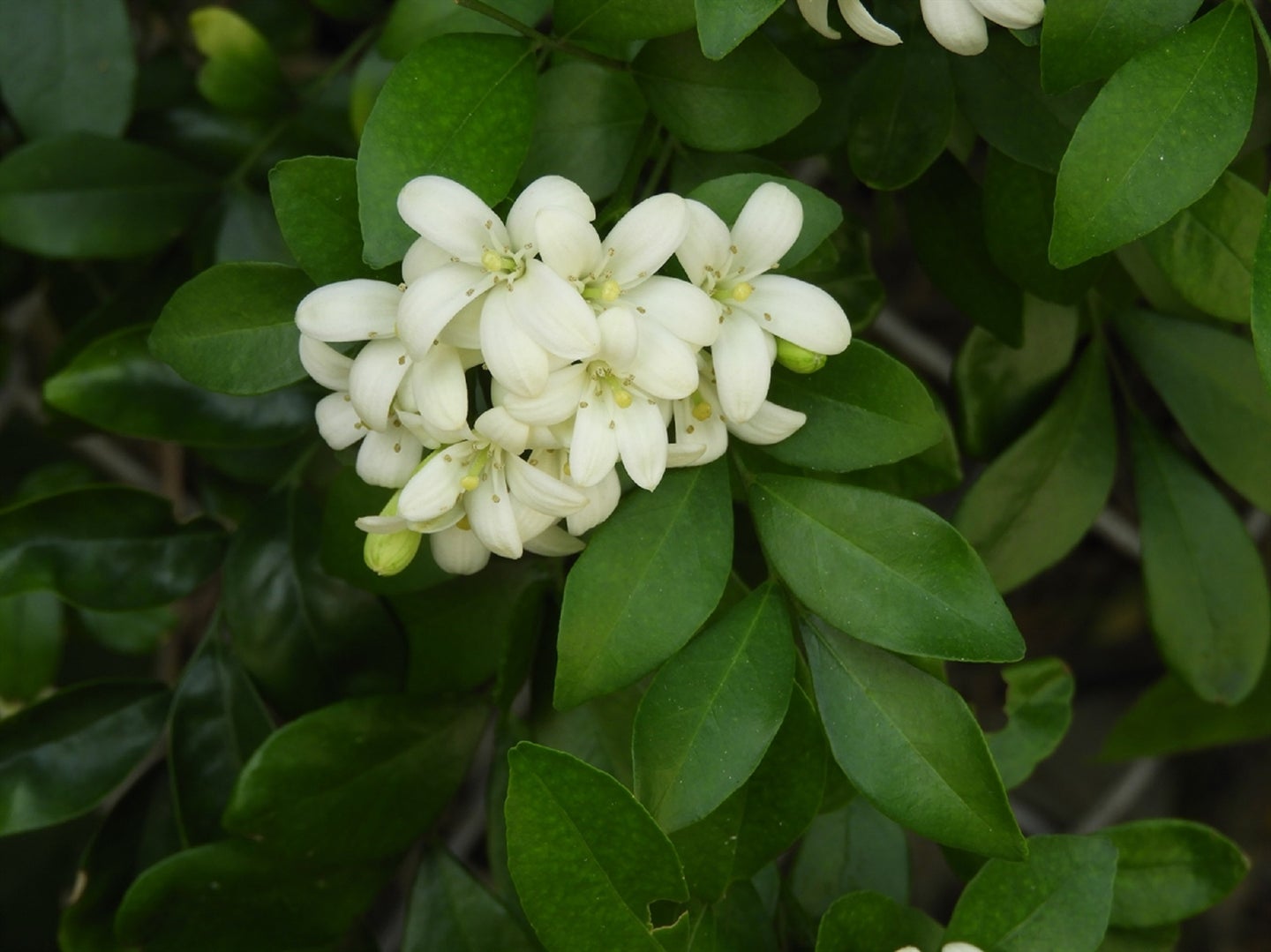 Avant-garde’s winning word was Murraya, a genus of flowering citrus tree that comes from eastern Asia and Australia. Charles Linnaeus, the first botanist to formally describe the plant, gave it a Latin name inspired by one of his Swedish botany students. And it sounds more like Maria than Mariah (though the contest did end on a high note yesterday).

The official Scripps definition mentioned that the plant, commonly known as orange jessamine, has “pinnate leaves” and “imbricated petals.” Pinnate means that the leaves grow all around the stem. They can either be even (on the same line) or odd (more staggered). Imbricated, meanwhile, means that the petals overlap with each other on one edge, forming an endless twist like the Penrose stairs.

While orange jessamine is a tropical species, it’s shown some hardiness in regions around the US. Most residents keep it as an oversized house plant to enjoy the citrusy scent and protect its delicate blossoms from freezes. Those in balmier areas might also prune it to make 6- to 10-foot-tall hedges. The fruits, which resemble cherry tomatoes, attract an array of insects and birds. They might not be all that tasty to humans, but they’re used in health foods and medicines in some Asian cultures.

Most large botanical gardens have Murraya growing in their exotic collections. If you’re so compelled to see one in person, head over in warmer months when the plant’s in full bloom. It should smell just as sweet as Avant-garde’s spelling bee victory.