They used to keep you alive, but now they just give you a sweet tooth. 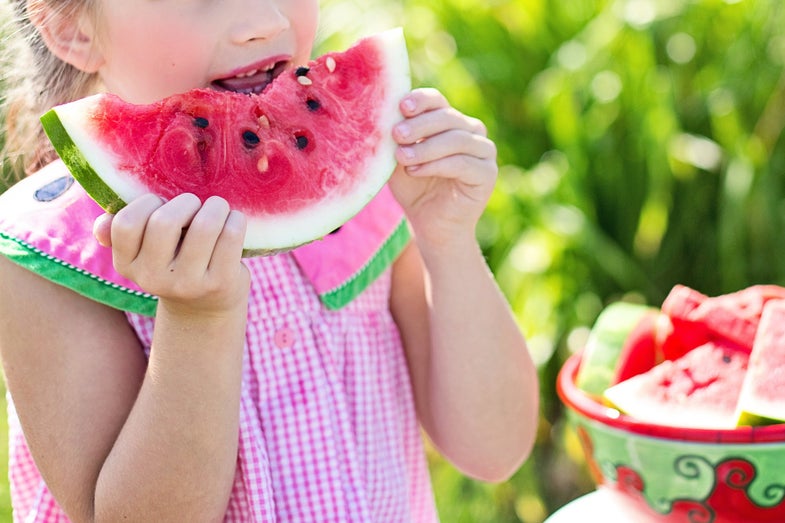 What makes candy taste sweet and coffee taste bitter, and not the other way around? In a study published this week in Nature, researchers identified the secret ingredient that keeps our tastes distinct.

We already knew two parts of the taste equation: taste-receptor cells on the tongue—which actually interact with your food—and the neurons that tell the brain what it’s tasting. Each taste-receptor cell can only respond to one taste (sweet, bitter, sour, salty or umami—a savory taste), and neurons are just as specific. The brain interprets signals from each group of neurons as a different taste. But scientists hadn’t been able figure out how, when you eat ice cream, the sweet taste-receptor cells selectively activate the “sweet neurons.”

“We’re trying to understand how something so dynamic on the tongue can also be specific enough that the connections are established correctly each time,” says Hojoon Lee, first author of the study and a post-doctoral researcher at Columbia University.

Our sense of taste originally developed to keep us healthy: Foods with a lot of sugar taste sweet because their high energy content makes them (arguably) beneficial to us, bitterness suggests that something might be poisonous (it’s telling you to put down that cup of coffee.) Differentiating between something sweet and bitter could have once been the difference between life and death.

Based on this new study, it turns out that your tongue and your brain communicate via molecules called semaphorins. Much like their namesake system of flag-based communication, semaphorins are important for signaling. When they are transmitted from one cell to another, they can guide neurons to grow in a certain direction. Semaphorins are found in everything from elephants to viruses, and come in eight different classes. While the existence of semaphorins has been long known—humans contain about 20 different types of semaphorins—the fact that a few types of semaphorins are connected to taste was only just established in this study.

When the semaphorins were removed altogether, the neurons became more likely to report the wrong taste or multiple tastes, but the taste-receptor cells were ultimately still able to activate the right neurons. This demonstrates how important the taste sensory system is, Lee says. Even when one molecule is removed, there are other molecules there to safeguard against miswiring.

So, what would happen if you put Semaphorin 3A in sweet taste-receptor cells, or Semaphorin 7A in bitter taste-receptor cells? Well, with the help of some genetic engineering, the researchers were able to do just that: They engineered two strains of mice that each had one of the semaphorins in the wrong type of taste-receptor cell. This swapped the cells’ functions; when sweet cells had Semaphorin 3A, they activated bitter neurons, and when bitter cells had Semaphorin 7A, they activated sweet neurons. The scientists could see the effects of this rewiring because when mice’s bitter cells were modified to produce the sweet-signaling semaphorin, the mice were unable to interpret tastes as bitter. They willingly drank bitter water, something that they would not normally do.

Richard Doty, professor of otorhinolaryngology and director of the Smell and Taste Center at the University of Pennsylvania Medical Center was not involved in the study. He says this study is a major breakthrough in understanding whether the perception of a specific taste, like sweetness, originates from the receptor or from the way the receptor is connected to the nerve. He also says the work has potential to provide a new way to understand taste disorders.

It’s rare that patients come into his clinic with taste problems, Doty says, but they do occur. Taste disorders can be brought on by injury or disease, like radiation therapy for head and neck cancers, says Steven Munger, professor of pharmacology and therapeutics and director of the University of Florida Center for Smell and Taste, also not involved in this study. He adds that, in these cases of taste disruption, it is critical to have a better understanding of the how the taste system normally rewires itself in order to develop new therapies to help re-establish normal taste function.

This study focused on sweet and bitter tastes because, despite being “polar opposite” tastes, they are detected by receptors that are easily comparable. Lee hopes to now turn his attention to the remaining tastes—salty, sour and umami—to understand what molecules are linking those taste-receptor cells to their neurons, and what’s happening on the neurons’ side. He knows it will only get more complex as he follows the taste signals into the brain, though.

“I think this is one of the first cases where we can actually see how information is passed on by wiring,” Lee says. “Of course there are many stages before it reaches the brain, so there are many places where the wiring can go wrong, but this gives us some insight into the connections that establish the taste sensory system.”