The physics behind a baseball bat’s sweet spot

It's actually more of a sweet zone. 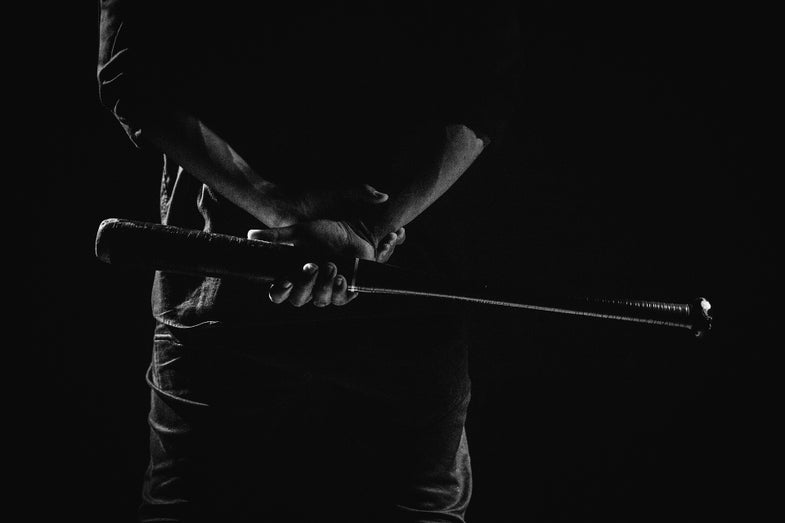 There’s a certain romance to wooden baseball bats that goes away the second you swing one. For those of us not trying to make it to the majors, using a wooden bat is mostly just a reminder that hitting a baseball is either painful or frustrating, depending on whether you’ve made contact with the ball or not.

See, the trouble with wood is that it vibrates. If you hit a baseball anywhere but at the bat’s so-called sweet spot, you feel all those vibrations in your hands, and about 10 swings laters you’ll have a bruise. But man, hit it right on the sweet spot and it feels like you are a baseball god.

Despite the old timey aesthetic to wooden bats and sweet spots, scientists actually didn’t know much of anything about the acoustics (yes, acoustics) of a bat until the 1980s and ‘90s. All batters knew was that when you made contact about two-thirds of the way down the bat, it felt good in your hands. But it’s not that simple.

“When we say ‘sweet spot’ we mean about six different things,” says Dan Russell, a professor of acoustics at Penn State. “There’s one where it feels good in your hands, one where the ball comes off the fastest. Those two are usually close, but they’re not exactly the same.” The various supposed sweet spots effectively add up to a sweet zone, about two inches wide, right on the meat of the bat. And though the term is almost always used exclusively to talk about baseball, the scientific principles that explain the sweet spot are actually true of tennis rackets, hockey sticks, and cricket bats as well. (The first person to really investigate sweet spots did so on tennis rackets.) Why? Allow Dan Russell to explain: “Any solid structure has vibrational patterns.”

In case that didn’t quite clear it up for you, let’s break this down a bit. When one object collides with another, some of the energy from the impact goes into vibrational waves that travel through each object. These are effectively the same as the vibrations that travel through the air and reach your ear, where you hear them as sounds. Different materials have different natural vibrational frequencies, and depending on how large or small the waves are, there are nodes at evenly spaced intervals along any object where it won’t vibrate at all if struck. We call the point where a baseball bat has its nodes the sweet spot.

But what’s so darn sweet about it?

As Russell explained before, there are two related ideals that we conflate into one sweet spot. The first is where the bat feels best in your hands when you hit. Since it’s vibrations that hurt your grip, the sweet spot is clearly the point where an impacting ball doesn’t cause the bat to vibrate.

The second definition is where the ball comes off the bat fastest. In any collision, energy from both objects gets transferred around, but in a swing your goal is to put as much energy as possible back into the baseball. You’re already losing about half the ball’s energy to deforming it (baseballs squish down to half their diameter as they impact a bat). Hitting on the sweet spot ensures you don’t lose any more energy to making vibrations inside the bat.

In theory, this should mean that a homerun hit right on the sweet spot would sound different from an off-target pop fly. “I haven’t listened to different recordings of hits to see if there’s a noticeable difference,” says Russell. “But I would expect there to be a difference.”

You can actually hear where the sweet spot is just by tapping a bat yourself. Try this: dangle the bat lightly by its knob, then use a baseball to strike the bat moving from top to bottom. With each hit, you should hear and feel the vibrations (make it easier by taping a paper cone around the knob, loosely enough that it will vibrate when the bat does). Except, of course, when you hit the sweet spot. That should sound like more of a thud, because you’re not hearing the vibrations inside the wood.

Though all of this means that us amateurs don’t want to have batting practice for more than 10 minutes, it does help you train. The pain of hitting away from the sweet spot motivates you to learn how to find it—that, or buy a composite bat with a vibration damper in the handle. Hey, we’re not all headed to the majors.