“Night’s Slow Poison”: An Excerpt From Our Sci-Fi Special Issue

On an interstellar cargo ship, a peculiar traveller triggers stark memories of an abandoned home planet and a long-lost love. 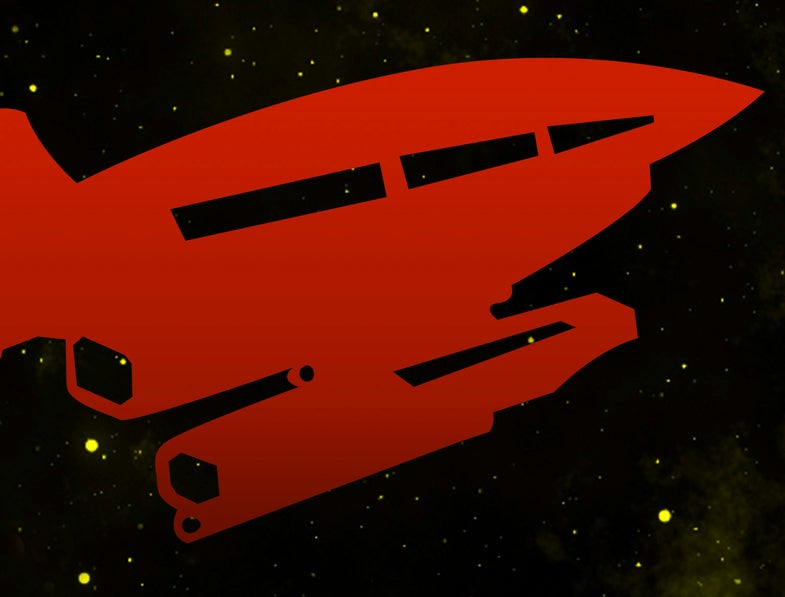 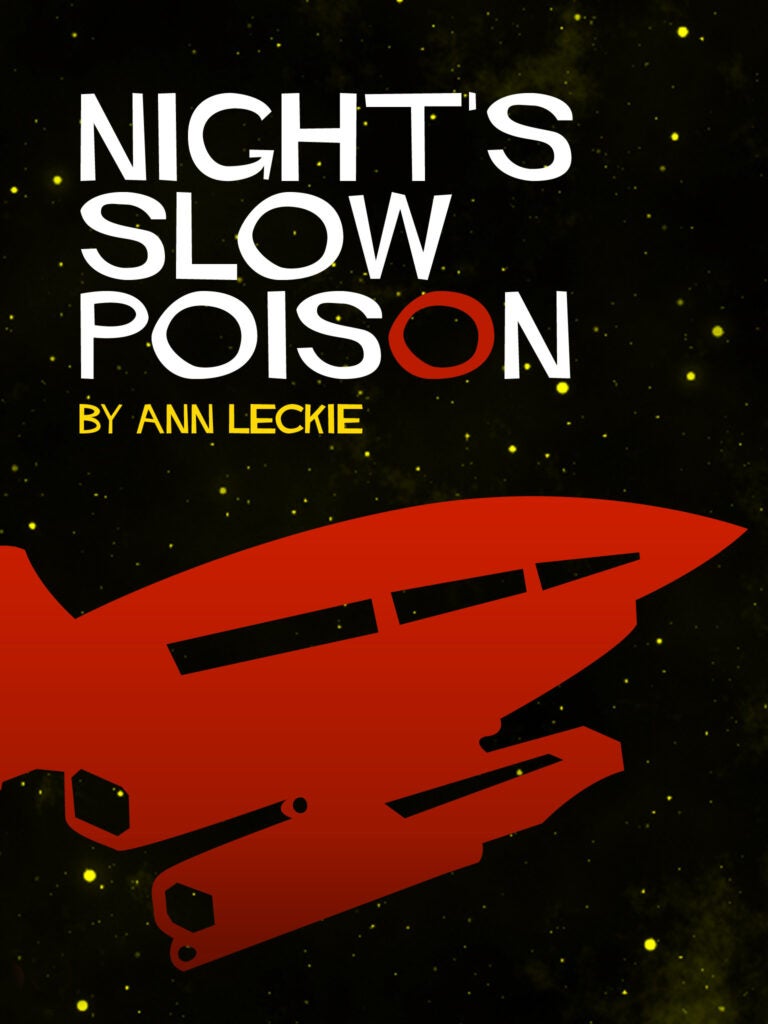 The Jewel of Athat was mainly a cargo ship, and most spaces were narrow and cramped. Like the Outer Station, where it was docked, it was austere, its decks and bulkheads scuffed and dingy with age. Inarakhat Kels, armed, and properly masked, had already turned away one passenger, and now he stood in the passageway that led from the station to the ship, awaiting the next.

The man approached, striding as though the confined space did not constrain him. He wore a kilt and embroidered blouse. His skin was light brown, his hair dark and straight, cut short. And his eyes . . . Inarakhat Kels felt abashed. He had thought that in his years of dealing with outsiders he had lost his squeamishness at looking strangers in the face.

The man glanced over his shoulder, and cocked an eyebrow. “She was angry.” The corners of his mouth twitched in a suppressed grin.

“One regrets.” Inarakhat Kels frowned behind his mask. “Who?”

“The woman in line before me. I take it you refused to let her board?”

“She carried undeclared communication implants.” Privately, Kels suspected her of being a spy for the Radchaai, but he did not say this. “One is, of course, most sorry for her inconvenience, but . . . ”

“I’m not,” the man interrupted. “She nearly ruined my supper last night insisting that I give up my seat, since she was certain she was of a higher caste than I.”

“I did not,” said the man. “I am not from Xum, nor are we anywhere near it, so why should I bow to their customs? And then this morning she shoved herself in front of me as we waited outside.” He grinned fully. “I confess myself relieved at not having to spend six months with her as a fellow passenger.”

“Ah,” Kels said, his voice noncommittal. The grin, the angle of the man’s jaw—now he understood why the eyes had affected him. But he had no time for old memories. He consulted his list. “You are Awt Emnys, from the Gerentate.” The man acknowledged this. “Your reason for visiting Ghaon?”

“My grandmother was Ghaonish,” Awt Emnys said, eyes sober that had previously been amused. “I never knew her, and no one can tell me much about her. I hope to learn more in Athat.”

Whoever she was, she had been from the Ghem agnate, Kels was certain. His eyes, his mouth, the line of his chin . . . With just a little more information, Kels could tell Awt which house his grandmother had been born in. “One wishes you good fortune in your search, Honored Awt,” he said, with a small bow he could not suppress.

Awt Emnys smiled in return, and bowed respectfully. “I thank you, Honored,” he said. “I understand I must disable any communications implants.”

“If they are re-activated during the voyage, we will take any steps necessary to preserve the safety of the ship.”

Awt’s glanced at the gun at Kels’ waist. “Of course. But is it really so dangerous?”

“About three months in,” said Kels, in his blandest voice, “we will pass the last ship that attempted to traverse the Crawl with live communications. It will be visible from the passengers’ lounge.”

Awt grinned. “I have an abiding wish to die old, in my bed. Preferably after a long and boring life tracking warehouse inventories.”

Kels allowed himself a small smile. “One wishes you success,” he said, and stepped aside, pressing against the wall so that Awt could pass him. “Your belongings will be delivered to your cabin.”

“I thank you, Honored.” Awt brushed Kels as he passed, awakening some unfamiliar emotion in him.

“Good voyage,” Kels murmured to the other man’s back, but there was no sign Awt had heard.

Ghaon is a moonless blue and white jewel orbiting a yellow sun. Its three continents provide every sort of terrain, from the great deserts of southern Lysire, and the rivers and gentle farmlands of the north and west of that same continent, to the mountains of Aneng, still fitfully smoking. Arim, the third continent, is arctic and uninhabited. Aside from the sorts of industry and agriculture that support the population of any world, Ghaon produces pearls and ingeniously carved corals, which, when they find their way outside the Crawl, are highly valued. Flutes carved from the wood of Aneng’s western forests are prized by Gerentate musicians.

According to legend, the first inhabitants of Ghaon came from a world called Walkaway, the location of which is unknown. There were thirteen original settlers, three agnates of four people each plus one eunuch priest of Iraon. The three agnates parceled out the world among themselves: Lysire, Aneng, and the surface of the sea. The priest blessed the division, and each agnate prospered and filled the world.

The legend is only that, of course. It is impossible that thirteen people would possess the genetic diversity required to populate a planet, and in any case studies show that the first human inhabitants of Ghaon, whose descendants now populate Lysire and Aneng, derived largely from the same populations that eventually made up much of the Gerentate. The ancestors of the sea-going agnates arrived several thousand years later, and their origins are obscure.

In any case, the first colonists must have either known about the Crawl before they arrived, or constructed it themselves. The latter seems staggeringly unlikely.

Gerentate explorers found Ghaon some years after that entity’s expansionist phase had run itself out, and so the only threat they presented was a trickle of ill-bred, bare-faced tourists.

But the Radch was another matter. Every soul on Ghaon, from the smallest infant at the breast to the most ancient Lysire matriarch in her tent on the edge of the drylands, believed that the nefarious Anaander Mianaai, overlord of the Radch, had cast a covetous eye on Ghaon and contemplated how he might make it his own.