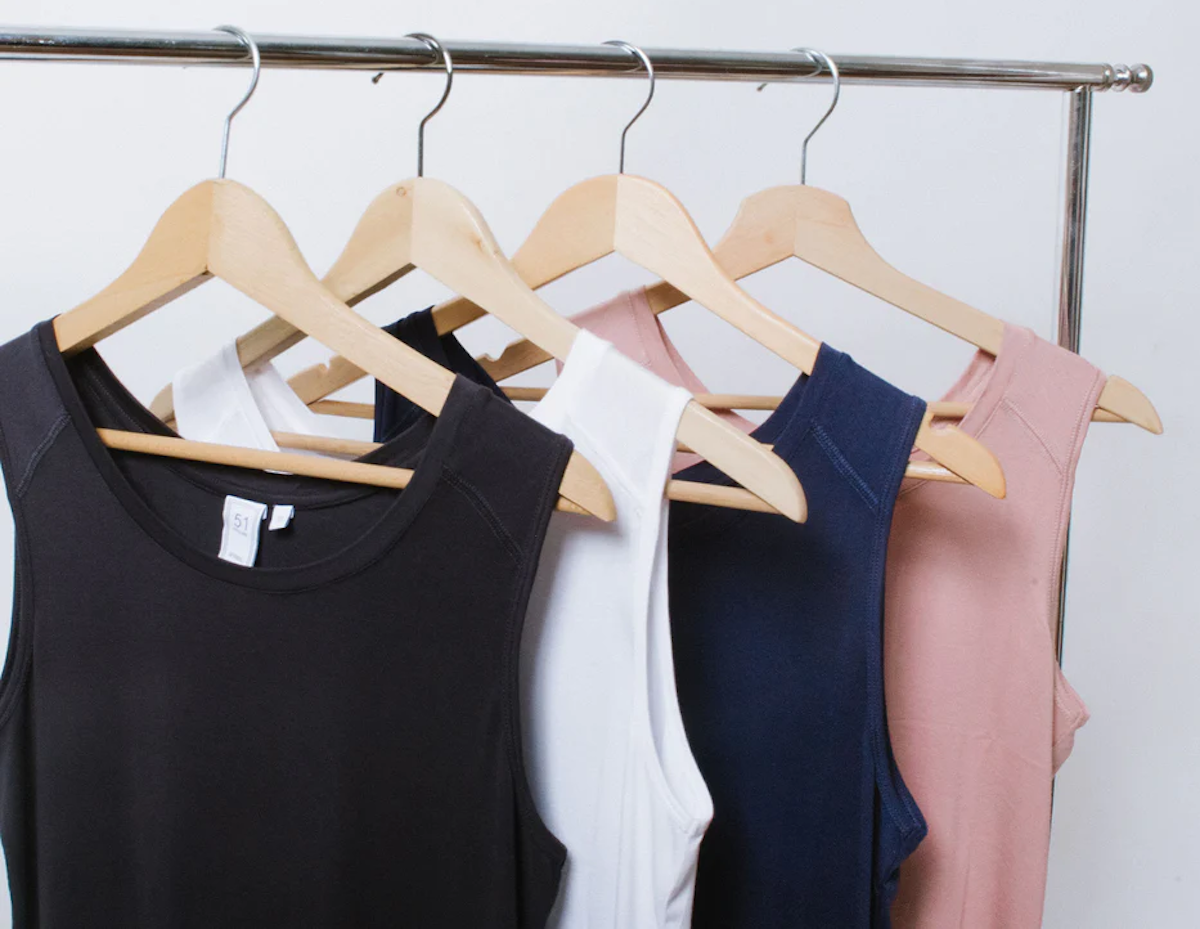 "Cool" clothing developed for NASA is now being used to help alleviate symptoms during menopause. Fifty One Apparel
SHARE

Karen Dillon, a 62-year-old woman from Cheshire, England, had been searching for new ways to manage her menopausal symptoms. The onslaught of frustrating hot flashes and fatigue was interfering with her work life, but she couldn’t find many options that helped. While people might be more open to discussing reproductive health issues than they were in the past, she says that menopause is “still a little bit of a taboo subject for those women who are stuck in that environment.”

Menopause, which typically begins around the age of late forties, signals the end of a person’s reproductive years and menstruation, usually 12 months after their last period. Although the process affects everyone differently, people who experience menopause often have symptoms like hot flashes, chills, sweating, fatigue, and insomnia. Some don’t experience any of these discomforts during the transition, while others’ experience is much more severe. Though modern medicine is still far from curing the process altogether, research shows that severe menopausal symptoms can be treated with hormone therapy.

Today there still remains a lack of remedies available for many individuals struggling with menopause, like Dillon. But nearly five years ago, she finally found a solution to alleviate some of her symptoms: specially insulated clothing produced with technology once used in spacesuits. Harnessing technology developed by NASA, the London-based company Fifty One Apparel creates clothes with fabric that was originally used to help keep astronauts comfortable inside their spacesuits.

Founded in 2017 by textile marketer Louise Nicholson, Fifty One Apparel is named after the average age people begin to experience menopause. The company specifically draws upon a NASA-developed material that was used to improve insulation in the crew members’ gloves.

Spacesuits are constantly evolving. Ever since NASA began sending humans into space, each design has built upon the last. One of the major technologies the agency has unraveled is spacesuit temperature regulation to ensure astronauts can survive the harsh conditions of space while keeping their body temperature akin to what they would experience on Earth. Temperature regulating technology originally came about in the 1980s, when officials at NASA’s Johnson Space Center in Houston entered into a contract with Triangle Research and Development Corporation to explore how the material could be inserted into a working spacesuit glove, and if there were other uses for the technology beyond space flight.

While that iteration never did get to space, the research did help inform the development of future space gear. The astronauts of the upcoming lunar Artemis missions, for instance, will instead rely on a portable life support system to keep them cool. When NASA revealed the Artemis spacesuits in 2019, Amy Ross, one of the agency’s spacesuit engineers, said that their suits are made of materials able to endure both extremely hot and extremely cold temperatures (up to 250 degrees Fahrenheit above and below freezing). As the mission gets closer to liftoff, even more improvements will be made. “We are looking at the materials and the thermal protection of the suit to keep our astronauts comfortable while they perform their job,” Ross said during NASA’s live demonstration of the Artemis mission spacesuits. “One of the things we’re looking at to go to the south pole [of the moon] is if we need to design some specific thermal systems for the boots, some cover layers, and maybe some active heating to keep the toes warm.”

But material designers have found that these thermo-regulated outfits that keep humans warm in space could also help people down here on Earth.

[Related: The medical community is finally realizing the uterus is more than a ‘baby house’]

Before Fifty One Apparel, Nicholson says there was a huge gap in the market for products that could provide some relief to people experiencing very acute menopausal symptoms. “Menopause, it’s like an illness, it doesn’t discriminate,” says Nicholson. “There’s nothing that dictates who really suffers with the menopause and who doesn’t.”

Fifty One Apparel’s product works to combat symptoms, like cold and hot flashes, by using a technology called Outlast, flexible phase-change materials that are able to maintain a steady temperature as they shift from solid to liquid or vice-versa. Depending on what kind of environment they’re in, the materials are able to release and absorb heat. By embedding the medium into tiny microcapsules called thermocules and then implanting them into fabric and other fibers, the garments are able to slowly warm and cool the body. “This technology, it literally stores [heat], and then when the body starts cooling down, it sends it back,” says Nicholson.

Her company’s own apparel is created by bonding these thermocules to cellulosic yarn—fibers made with plant-based materials—which makes them lightweight and easy-to-clean while still providing a high-end, comfy feel. Although there was another company that has experimented with the temperature-regulating tech for menopause relief in the past, Dillon, who is now a long-time user of Fifty One Apparel, says the products are more dependable, and of a higher quality. As Fifty One Apparel continues to help people looking to allay some of their worst menopausal symptoms, Nicholson says she hopes to expand across the US, and be a resource to hundreds, if not thousands more individuals who are experiencing this change in their bodies.

Yet clothing isn’t the only product modern space exploration research has afforded us. Outlast’s phase-changing technology has also been used in an array of everyday items, like desk chairs, underwear, and even bedding products. Such a wide blanket of applications speaks to how rapidly emerging technology to help send humans to space can also be used to improve life on our own planet.

“You think about guys going up to the moon and sort of flying through space, then here am I sort of both feet firmly on the ground wearing the same kind of things they are,” Dillon says. “It’s just amazing how that can be transferred from one situation to a completely different situation.”