The Fields Medal is kind of like an Olympic gold in mathematics. 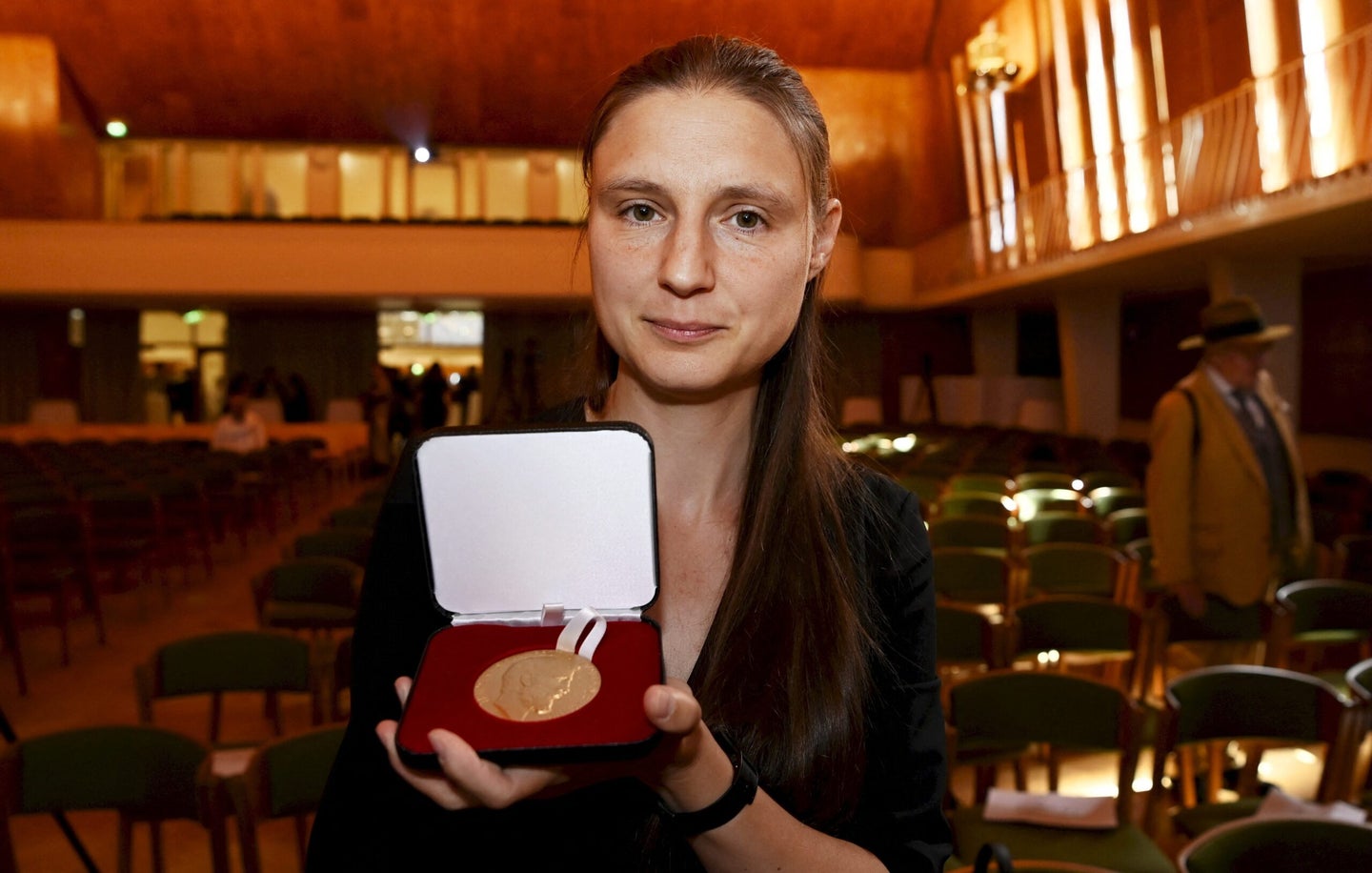 Four mathematicians won the prestigious Fields Medal on Monday for their significant contributions to mathematics. The 14-karat gold award, equivalent to an Olympic gold medal for math, is given out by the International Mathematical Union in Helsinki every four years to talented mathematicians under the age of 40.

This year’s award recognizes groundbreaking research in subjects such as prime numbers and the packing, or efficiently arranging, of spheres in eight-dimensional space. The winning mathematicians–Hugo Duminil-Copin of France, June Huh of the US, Maryna Viazovska of Switzerland, and James Maynard of the UK–have answered questions that have stumped other experts for years.

Duminil-Copin, of France’s Institut des Hautes Études Scientifiques, was awarded for his work on the probabilistic theory of phase transitions—how matter changes forms, such as water freezing to ice. Duminil-Copin’s work focuses on how ferromagnetic objects transition from a nonmagnetic to magnetic phase in what’s called the Ising model. Previous physicists have used it to create simplified one- and two-dimensional models of reality, but solving the Ising model in 3D is more difficult. “The ability to produce exact formulas just collapses completely,” Duminil-Copin told The New York Times. “Nobody has any idea how to compute things exactly.” While the 3D Ising model is not completely solved, Duminil-Copin’s work showed proof that phase transitions in a 3D Ising model resembled those in two dimensions.

[Related: Your brain uses different neurons to add and subtract]

Princeton University’s Huh won for a range of work: He was the first to apply geometric concepts to combinatorics, the mathematics of counting. Working with his colleagues, he answered previously unsolved problems in combinatorics and provided a scheme to explain the mathematical properties of complex geometric objects. But despite these accomplishments, Huh tried to avoid math as much as he could growing up. “I was pretty good at most subjects except math,” Huh told The New York Times, adding he nearly failed his tests. Huh, who dropped out of school and wanted to become a poet, fell in love with math at 23 after studying under Heisuke Hironaka, a Japanese mathematician, who won the Fields Medal in 1970.

For 13 years, Viazovska, a Ukrainian-born mathematician and professor at the Swiss Federal Institute of Technology in Lausanne, has worked on an arrangement called the E8 lattice, which shows how to pack spheres in eight dimensions in the least amount of space possible. “Sphere packing is a very natural geometric problem. You have a big box, and you have infinite collection of equal balls, and you’re trying to put as many balls into the box as you can,” Viazovska, who is now trying to densely pack spheres in 24 dimensions, told New Scientist. Her win is the second time the committee has awarded the medal to a woman.

One mathematical theory is that there are an infinite number of prime numbers, but as numbers get larger the distance between two prime numbers gets farther apart. The University of Oxford’s James Maynard, in a prize-winning breakthrough, showed this is not always the case: There are instances where prime numbers can come close together. Yet, in other stretches, primes can be very distant.

John Charles Fields, a Canadian mathematician, created the award in 1924, as a way to recognize early-career mathematicians for their accomplishments–and also to highlight researchers whose future work might dazzle, too. “Suddenly to be tossed up on this list,” Maynard told Quanta Magazine, “with these legends of mathematics who inspired me as [a child], is incredible but completely surreal.”