This cryptic megalithic site is thousands of years old, but its origin story is still not fully known. 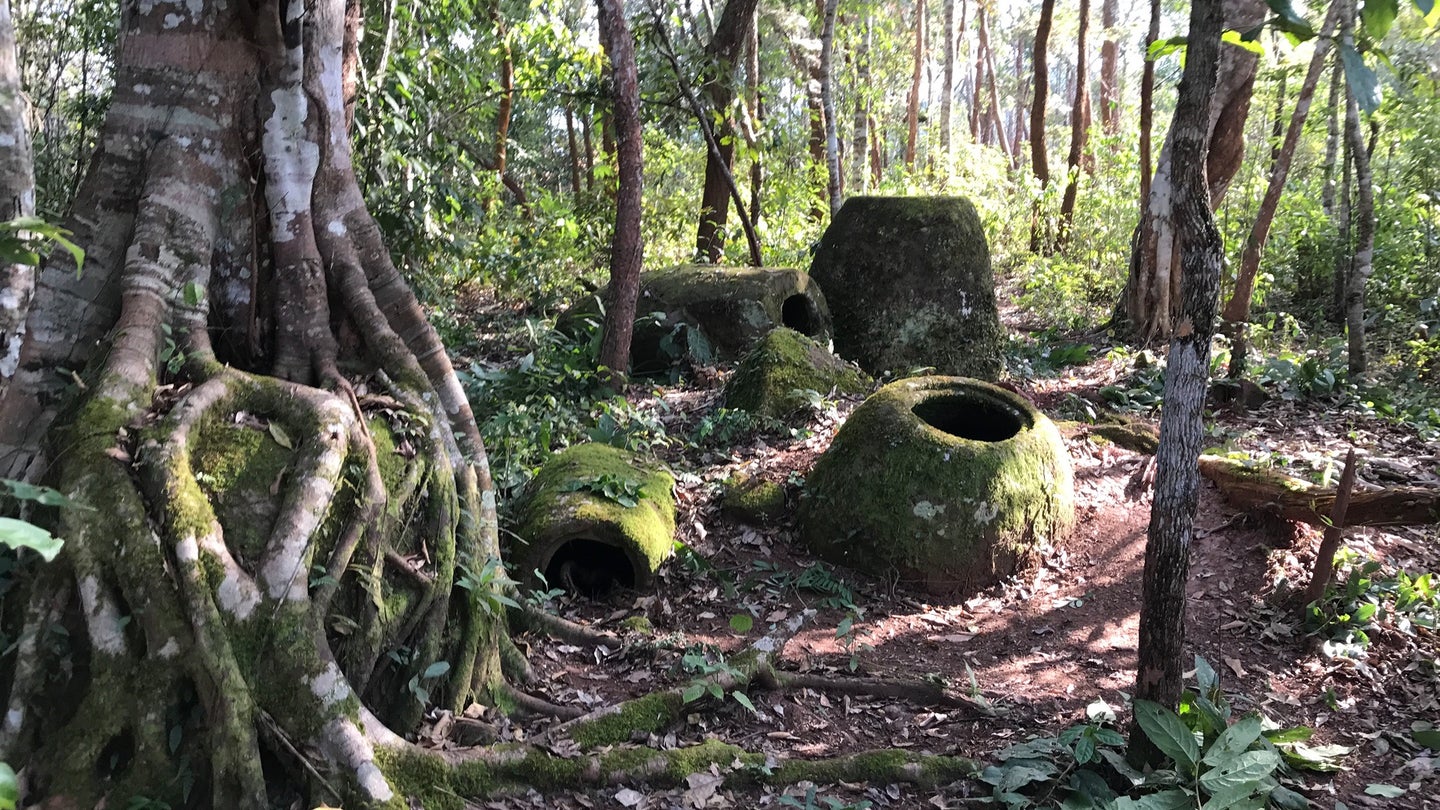 Nestled in the mountain ridges and hilly slopes of northern Laos lies one of archaeology’s greatest mysteries. Strewn across about 30 square miles, in seemingly random formation, are thousands of large stone jars. Popularly called Laos’s Plain of Jars, this unique place became a UNESCO World Heritage site in 2019, though its origins are still shrouded in mystery.

Archaeologists have spent years hypothesizing the purpose and origin story of these megalithic vessels, which range from 3 to 10 feet in height and can weigh up to 14 tons. But nobody has found strong evidence for any one theory until now. New research published in PLOS One in March shows that these jars were used as burial sites. And while the jars themselves could be more than 3,000 years old, analysis of human remains suggest people were buried alongside these jars as recently as 700 or 800 years ago.

[Related: What archaeologists got wrong about female statues, goddesses, and fertility]

A multicultural team assembled to complete this research, which involved several excavation expeditions to four jar sites in the Laos mountainsides. During their last trip, in February 2020, they quickly uncovered more human burial sites and collected samples for later analysis. The team then promptly had to disperse, making it home in time for their respective countries’ COVID lockdowns.

Using a variety of techniques including radiocarbon dating, team members in Australia concluded that vessels in the Plain of Jars were placed there as early as the late second millennium BCE. The human remains, on the other hand, seem to come from between the ninth and 13th centuries. That’s a pretty large age difference. It’s possible that the jars have always been used for burials, and that scientists only managed to find younger evidence. But it’s impossible to rule out other theories.

It’s also possible that the jars were not originally used for mortuary purposes. Some theories say that these jars were for brewing celebratory rice wine or whiskey. Then, later descendants of the original jar users might have repurposed the vessels for burial rites.

While this new research is illuminating, the study authors note that there are still plenty of jar sites in Laos that have not been examined. Those untouched jars could potentially hold new information that might reveal more of the history, and finally close the book on these jars’ mysterious origin story.