The new method could increase the number of organs available to transplant patients. 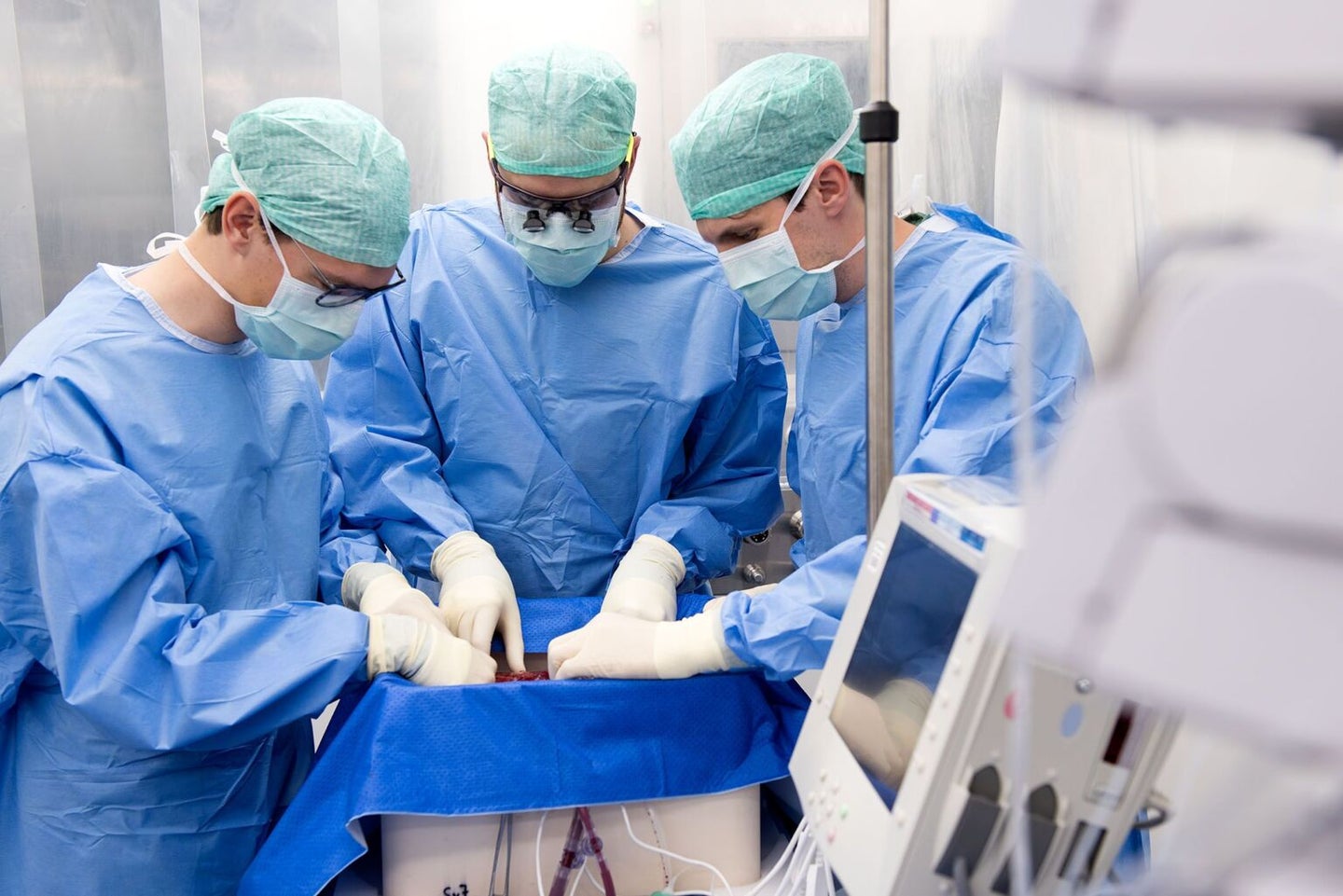 The donor liver is connected to the perfusion machine. USZ
SHARE

Donor organs for liver transplants can stay viable for less than 12 hours, but researchers from Switzerland have devised a new way to preserve organs for longer. Using a special device, called a perfusion machine, those scientists kept a donor liver warm and intact for three days, as they reported Tuesday in the journal Nature Biotechnology.

“Our therapy shows that by treating livers in the perfusion machine, it is possible to alleviate the lack of functioning human organs and save lives,” lead study author Pierre-Alain Clavien, director of the Department of Visceral Surgery and Transplantation at the University Hospital Zurich, says in a press release.

There is a high demand for organ transplants. About 20 people die each day waiting for an organ, according to the Association of American Medical Colleges, and every 10 minutes a new person is added to the national transplant waitlist.

Despite this massive need, thousands of organs are discarded every year. In 2018, nearly 5,000 organs were wasted, including 3,755 kidneys and 707 livers. The new method for conserving organs could increase the number of donor organs available for transplant and reduce the number of discarded ones.

[Related: Who gets an organ transplant? Waitlist rules are complicated.]

Traditionally, tissues and organs are preserved with ice. Low temperatures can damage the cells in these life-saving body parts, however. Because an organ’s viability depletes so rapidly, doctors must work against the clock to preserve the organ from transport to the operation table.

The researchers in the current study opted for a different approach to preserving an organ. Instead of ice, they used a technique called normothermic machine perfusion (normothermic means normal body temperature) to deliver oxygen and nutrients to a liver. The liver was injured, and had been discarded from multiple transplant centers. The machine also gave a low dose of immunosuppressive drugs and blood to the organ to keep it in an optimal state.

The machine preserved the liver for 68 hours, nearly three days outside the body. It was then donated to a man with cancer in need of a liver transplant. The surgery took place four days after the organ was taken out of a 29-year-old woman who died in May 2021. Twelve days after the transplant operation, the man was discharged from the hospital.

Researchers followed up with the patient a year later and found he was healthy with no organ complications. According to the press release, the donor recipient says: “I am very grateful for the life-saving organ. Due to my rapidly progressing tumor, I had little chance of getting a liver from the waiting list within a reasonable period of time.”

While the liver was kept in the machine for three days, the researchers suggest it has the potential to preserve organs for up to 10 days, although more research is needed to track the long-term success of organ transplants using this method. The next step, the study authors say, is to observe the safety and effectiveness of the machine in multiple transplant centers. If successful, the machine may help widen the window of opportunity for people to receive organ donations—perhaps one day making the operation less like an emergency procedure and closer to an elective surgery.