Adding a gene for banana-like flavor to yeast can punch up a beer's taste and make the organisms hardier. 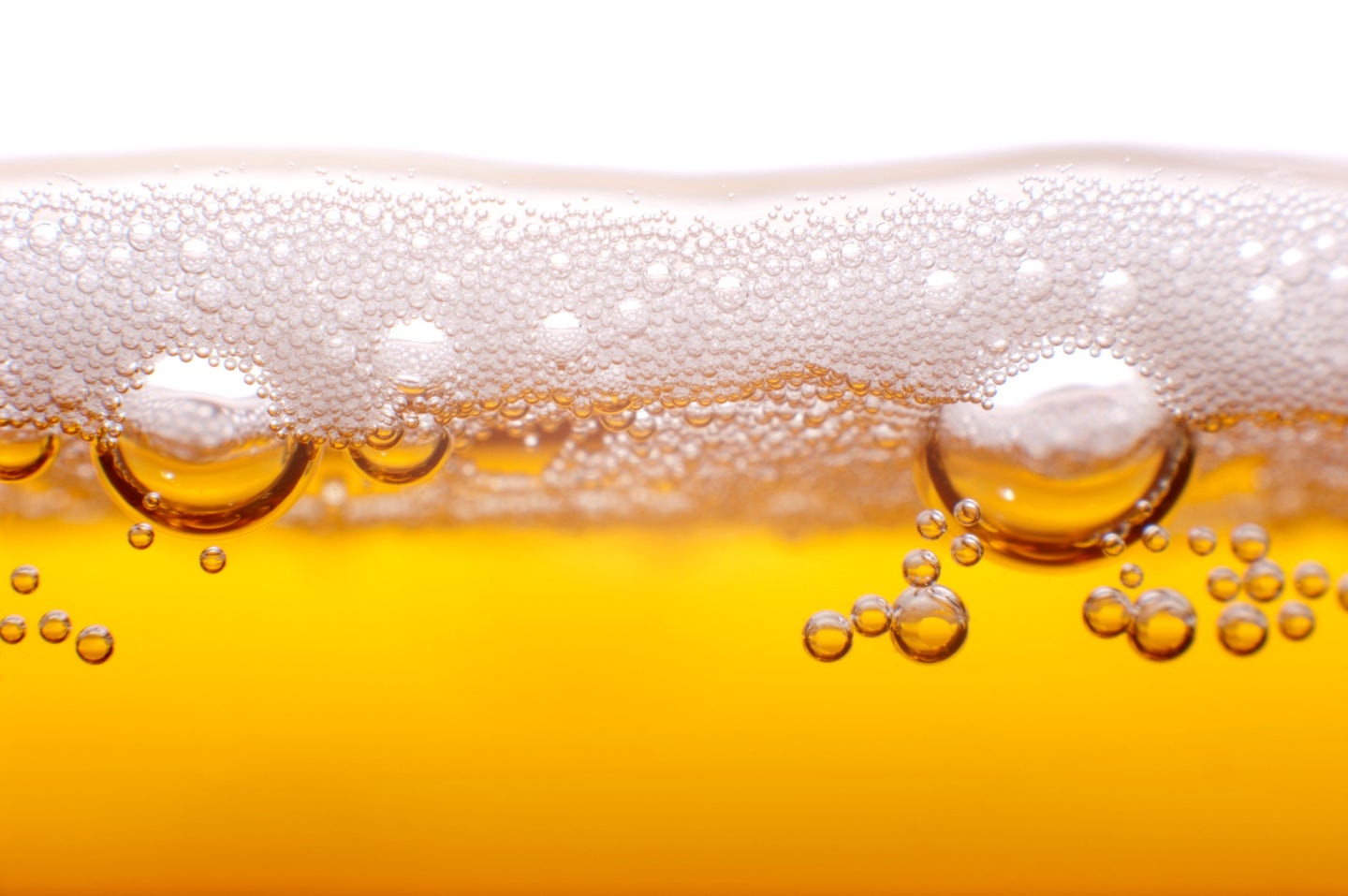 Beer is one of the oldest drinks in world history. Deposit Photos
SHARE

Beer, with roots dating to before 6000 B.C.E., is one of the oldest drinks in history. It has been vital to human culture since antiquity: Mesopotamians praised a Sumerian goddess of brewing, Ninkasi, in a 3800-year-old hymn that includes a recipe for brewing beer with barely. We haven’t lost our fondness for the stuff. Today, the beer industry is worth an estimated $768.17 billion and could grow to as much as $989.48 billion by 2028.

But, especially since the the 1970s when brewers adopted new manufacturing techniques, beer may have lost some of its past flavor. Beer had historically been brewed in open, horizontal vats, but the industry switched to the larger, closed vessels, as seen on any present-day brewery tour. These containers are easier to fill, empty, and clean, and they enable larger brewing volumes to save costs. But this modern method can reduce the flavor produced in the process.

[Related: “How Evolution Determines The Flavor Of Beer and Whiskey.”]

There may be a way to revive some of that taste, thanks to new developments in gene editing. Belgian scientists report improving the flavor of contemporary beer by identifying and engineering a gene in yeast and some other alcoholic drinks, in a new study out in the journal Applied and Environmental Microbiology.

During the fermentation process, yeast converts 50 percent of the sugar in the mash to ethanol, and the other half to carbon dioxide. The carbon dioxide pressurizes the closed vessels, dampening the flavor and causing the problem.

Johan Thevelein, an emeritus professor of molecular cell biology at Katholieke Universiteit in Leuven, Belgium, and his team first figured out how to identify the genes responsible for commercially important traits in yeast. (Thevelein is also founder of NovelYeast, which works with other companies on industrial biotechnology projects.) They used this technique to identify the genes responsible for flavor in beer by screening large numbers of yeast strains and evaluating which was best at preserving flavor while under pressure. According to Thevelein, they focused on a gene for a banana-like flavor, “because it is one of the most important flavors present in beer, as well as in other alcoholic drinks.”

[Related: “How have non-alcoholic beers gotten so good?”]

In a press release, Thevelein explained, “To our surprise, we identified a single mutation in the MDS3 gene, which codes for a regulator apparently involved in production of isoamyl acetate, the source of the banana-like flavor that was responsible for most of the pressure tolerance in this specific yeast strain.”

The team used CRISPR/Cas9, the groundbreaking gene editing technology, to create this gene mutation in other brewing strains. The genetic engineering improved the strains’ ability to tolerate carbon dioxide pressure and enriched the beer’s flavor.

“The mutation is the first insight into understanding the mechanism by which high carbon dioxide pressure may compromise beer flavor production,” said Thevelein.

He noted that the MDS3 protein is likely part of an important regulatory pathway that might inhibit carbon dioxide in banana flavor production, but the team is not sure how it does so. The same technology has also identified the genetic elements that are important for rose flavor production by yeast in alcoholic drinks.

This specific beer isn’t on the market just yet, but it is not out of the realm of possibility, as the world becomes more interested in the future of genetically modified foods. A Japanese study from 2021 relied on CRISPR to edit barley, used in beer, to help the crop thrive despite climate change. And if you’re hankering for a gene-edited burger with your gene-edited cold one, in May the FDA cleared the sale of beef from gene-edited cattle.