Identify your brew's tastes and smells with a consumer-friendly beer flavor wheel. 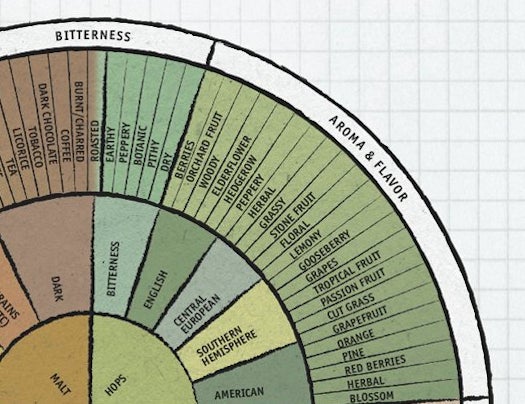 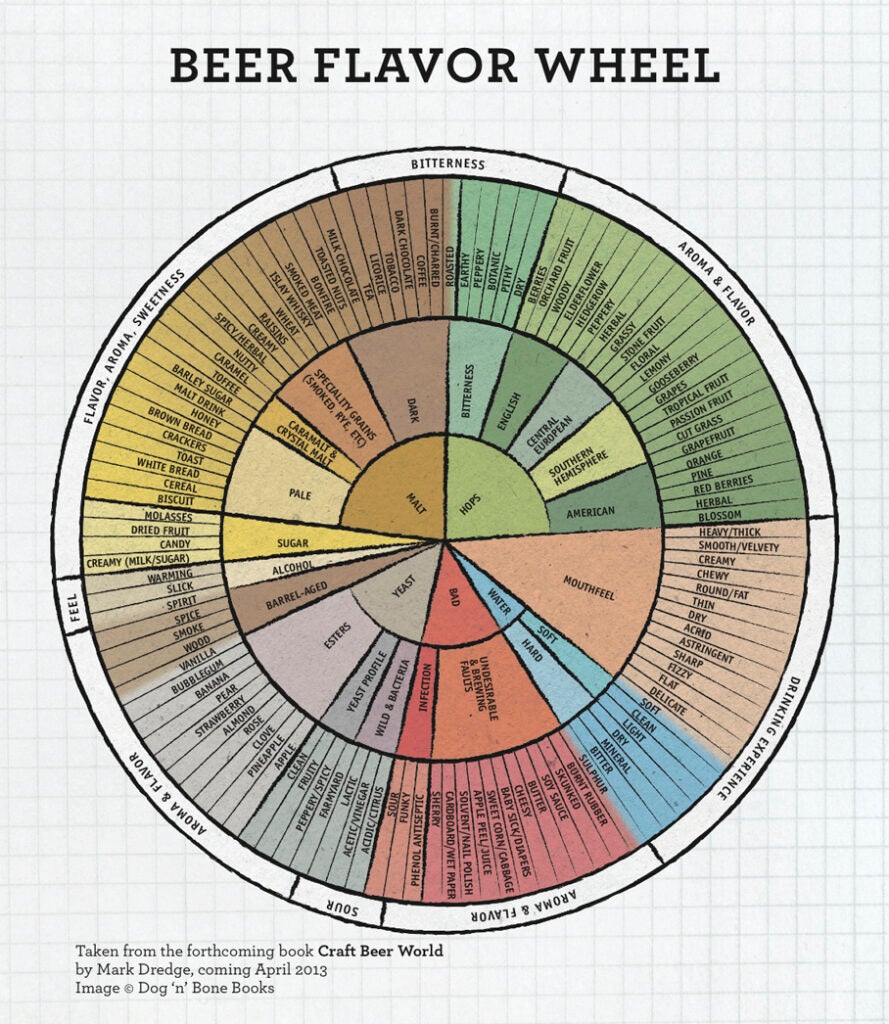 Beer writer Mark Dredge separates out the different flavors and aromas of beer by their source: hops, grain, water and yeast. Those with slightly less adventurous palates might be surprised to see “farmyard” or “sour” in the legit flavor column, but rest assured, there are beers out there whose brewers want those characteristics in their brews.

Flavor wheels — a visual depiction of the varieties of flavors or aromas that a particular substance might display — has a long, if somewhat gnarly history. For centuries, physicians used a urine flavor wheel to help them diagnose a patient’s illness based on the taste of the patient’s pee. While this wasn’t particularly accurate overall, it was quite helpful in detecting diabetes mellitus, a disease that makes a patient’s urine taste sweet. Since those more adventurous days, other items have gotten their own flavor or aroma wheel, including chocolate, coffee, maple products, whisky and beer.

One of the problems with the beer flavor wheel is that it’s not particularly consumer-friendly. A brewer with at least a passing interest in chemistry will be able to recognize flavor/aromas such as “isoamyl acetate” (that’s the banana ester so very prevalent in, say, German hefeweizens.) But your regular beer drinker is probably not going to have a clue what that means. Beer writer Mark Dredge, who has a book, Craft Beer World, coming out soon, decided to make a more consumer-friendly beer flavor wheel. (The link will take you to his blog, where he explains his rationale for creating the wheel.)

For the most part, I think it’s successful. It uses clear verbiage instead of chemical names, although I am curious to know how many non-trained drinkers are going to think “aha! gooseberry!” when quaffing a beer hopped with, for example, Nelson Sauvin hops. I also appreciate that he’s trying to educate non-brewers on which components of a beer will produce a particular flavor or aroma. Brewers know that you’ll get different flavors from different yeast strains (even if the recipe is otherwise identical), for example. But having all of those flavors and aromas spread out all along the wheel can make reading the chart frustrating and, paradoxically, vague. It also puts “creamed corn” squarely in the faults section, even though certain beer styles need a verrrrrrrry slight bit of that to be true-to-style. These are, of course, the grumblings of the terminally uptight — the kind of person who got a poster infographic of all of the beer styles in the world as a gift and immediately started grousing about the placement of certain styles on that graphic.

In the end, anything that helps consumers appreciate all of the elements that go into brewing beer — and dispelling the notion that being specific about a flavor isn’t purely the realm of the hopelessly snobbish — is a benefit in this beer lover’s opinion. So print out that flavor wheel, grab yourself a beer, and start analyzing its characteristics!