Currently the FDA doesn’t require safety testing on any vaping devices before they are sold to consumers. 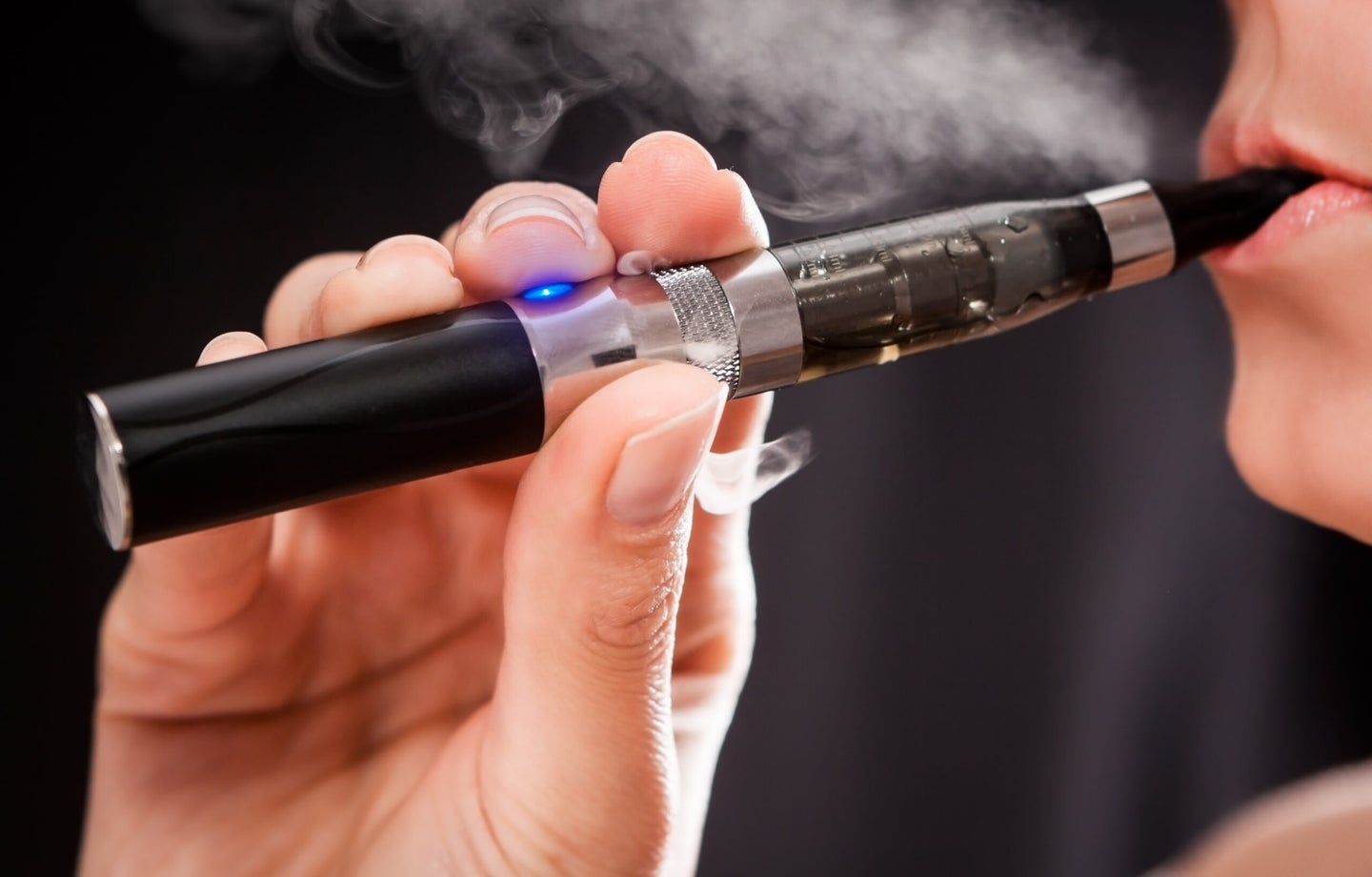 In March of 2018, a 17-year-old Nevada teen showed up at Primary Children’s Hospital in Salt Lake City in the middle of the night with injuries unlike anything the emergency room doctors had ever seen. He had burned lips, a gaping cut in the floor of his mouth, and a shattered jaw causing radiating pain. Several lower front teeth were also gone and a two-centimeter chunk of his jawbone beneath them was missing. According to his mother, the teen and his brother were home in a separate room when she suddenly heard a loud pop. What she thought was a breaker, was actually the sound of her son’s vape pen exploding in his mouth.

The case, which was recently detailed in the New England Journal of Medicine this month, was the first reported teen injury caused by a vaping explosion. The 17-year-old required two surgeries to repair his face and jaw. “I had never heard this was possible,” says Katie Russell, a pediatric trauma surgeon who helped treat the teen in March of 2018.

A minor injured by one of these explosions is a sobering reality check. Since vaping became popular in the last two decades or so, vape pen explosions have also been on the rise. Between 2015 and 2017 there were an estimated 2,035 emergency room visits caused by e-cigarette explosions, according to the British Medical Journal’s blog, Tobacco Control. Most explosions—around 62 percent of them—happened when the e-cigarette was in use or in a pocket, according to The U.S. Fire Administration, the federal agency that deals with fire data and safety.

The “inherent intimacy of the device” makes it so unique and dangerous to consumers, the Fire Administration wrote in their report. Past explosion incidents which happened while the device sat in user’s pockets have caused major burns and damaged genitalia. Vape pen explosions that happened while the device was in use, like the Nevada teen’s did, have caused at least two fatal injuries. In one instance earlier this year, shrapnel from the explosion cut a Texas man’s carotid artery and in 2018, an explosion propelled a shard of the device into the user’s head.

“Kids don’t know this can happen. Parents don’t know this can happen,” Russell says. The vape pen’s lithium battery is believed to be the culprit behind the explosions—the same thing that caused cell phones to explode on airplanes and made hoverboards the most dangerous Christmas gift of our generation. The batteries, according to Consumer Reports, have a positive and negative end that must be separated, typically by a very thin piece of plastic that still allows ions to pass through. But if that piece of plastic is ruptured, the chemicals inside the battery begin to heat up. This is especially dangerous in the case of vape pens because the “juice” contained inside is also highly flammable.

In a blog post about the safety of e-cigarettes put out by Massachusetts General Hospital, researchers report that mod (short for modified) vape pens, like the one used by the teen, are the most dangerous because they are open systems with a rechargeable battery and refillable liquids instead of single use disposable cartridges. Mod vape pens were the source of the explosions in both of the recorded fatalities.

E-cigarettes are seen—and marketed as—a safer and healthier alternative to traditional tobacco cigarettes. The teen’s mother, Kailani Burton of Ely, Nevada, says this wasn’t a case of recklessness. She says her son chose to use e-cigarettes as a means to quit smoking. She was supportive and even bought him the vape pen and accompanying nicotine-free “juice”.

“What everybody doesn’t understand is that in Nevada you can smoke here when you’re 16. He wanted to quit, he asked me if I would buy it for him,” says Burton. “As a parent I felt that was going to help him quit smoking.”

There’s a ton of e-cigarette marketing targeted at cigarette smokers, says Russell. It’s promoted as a better alternative or a way to quit smoking. But that’s assuming the pen doesn’t explode in your face or in your pocket.

Despite a rapid spread of vaping in teens—almost 40 percent of American 12th graders reported “any vaping” in the past 12 months according to the National Institutes of Drug Abuse—and rise in vape pen explosions, there isn’t much out there on the safety of these devices. The Food and Drug Administration (FDA) has a simple tip sheet on how to “Avoid ‘Vape’ Battery Explosions”. The organization is currently working on a set of safety standards, but presently doesn’t require safety testing on any vaping devices before they are sold to consumers.

Meanwhile, some cities are bypassing the federal government and taking the matter into their own hands. Last week San Francisco city officials unanimously voted to suspend the sale of all e-cigarettes until the devices undergo testing and receive FDA approval. Russell is an advocate for the same kind of action in Salt Lake City, cutting off access until researchers and manufacturers can figure out how to stop these dangerous explosions, she says.

Kailani Burton, the teen’s mom, was surprised to learn her son’s injuries could have been far worse. “In a way I was thankful that was all that happened to him,” she says. Now, the family doesn’t touch vape pens and encourages others to do the same. “We just want to get the word out that it could happen to anybody, anybody at all.”