Are Acid Flashbacks A Myth?

Flashbacks do occur, but very rarely. 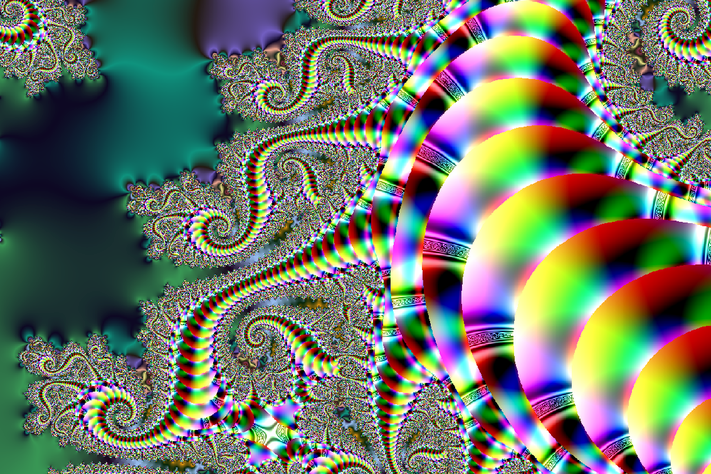 Reports of drug-induced flashbacks have existed since the 1950s. Though the term “flashback” wasn’t used specifically until 1969, as early as 1954 scientists noticed LSD users complaining of a reoccurrence of an LSD-like state long after the drug’s effects should have worn off.

The risk of a flashback has become a standard line in anti-drug messaging. Months or years after taking LSD, suddenly, the trip could come back without warning, and suddenly you would be floridly hallucinating again. An urban legend holds that molecules of LSD stay in the body, hiding in fat or in the spine, and can later be re-released.

There are plenty of myths floating around about LSD use, though. So are flashbacks even real, or just another example of public health messaging exaggerating the risks of illicit drugs?

A recent study published in PLOS ONE by Norwegian University of Science and Technology neuroscientist Teri Krebs found no association between using psychedelics, including using LSD in the past year, and seeing things other people don’t. But psychiatrists who work with psychedelic users say that the phenomenon, though very rare, is also very real.

“I don’t think there’s any question that HPPD is a genuine clinical phenomenon.”In 1986, the American Psychiatric Association’s Diagnostic and Statistical Manual of Mental Disorders included diagnostic criteria for what later became known as Hallucinogen Persisting Perception Disorder (HPPD), the clinical term for seeing weird, trippy things like geometric hallucinations, flashes of color, afterimages and false perceptions of movement after taking psychedelics. To be considered a candidate for HPPD, the type of visual phenomena that occurs during an acid trip has to spontaneously reappear “long after the use of hallucinogens has stopped,” cause significant distress, and not be explainable by any other mental disorder or medical condition. For many, it’s less of a sudden “flashback” and more of a continuous disturbance of vision.

“I don’t think there’s any question that HPPD is a genuine clinical phenomenon,” says Charles Grob, a professor of psychiatry at UCLA’s medical school who does research with hallucinogens.

However, how many people are truly affected remains unknown. In a 2002 review of the scientific literature on HPPD over the last 50 years, psychiatrist John Halpern and his co-authors found most studies provided too little information to estimate the prevalence “even crudely” of HPPD in the population. “It is often unclear whether symptoms occurred exclusively following hallucinogen intoxication,” they write. “It is also difficult to rule out other medical or psychiatric conditions that might cause ‘flashbacks’, including current intoxication with another drug, neurological conditions, current psychotic or affective disorders, malingering, hypochondriasis, or even other anxiety disorders such as posttraumatic stress disorder (PTSD).”

One study found that 60 percent of 2,455 hallucinogen users who took a self-reported survey on the drug information site erowid.org reported experiencing some kind of visual phenomena, similar to those induced by hallucinogens, when they had been drug-free for at least three days. A lesser number, 4 percent of respondents, found this significantly distressing. The study found LSD to be the most statistically robust predicator of unusual visual experiences, compared to other drugs the survey asked about, like pot, mushrooms and salvia. HPPD is primarily an LSD-related phenomenon, though it’s also been reported with MDMA use.

“I think the majority of people could trip relatively safely, but there’s a discrete percentage…Maybe one person in 20 will develop serious, continuous problems related to the hallucinogenic experience,” says Henry David Abraham, the psychiatrist who pioneered the field of HPPD research. “But that’s true for virtually any drug.”

Halpern, an assistant professor of psychiatry at Harvard Medical School, notes that there’s a difference between what we often consider a flashback and HPPD. In the first case, “it could be as simple as a provocative memory–the recollection is so strong it’ll feel like they’re tripping again,” he explains. “People with HPPD have something that is more durable and chronic. It may last for weeks to months–people even report years.” 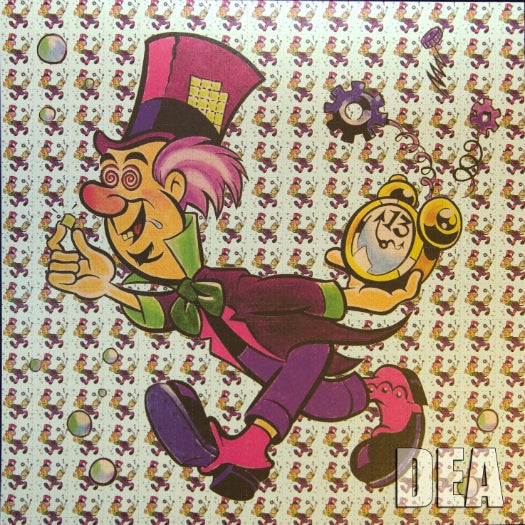 Usually with clear-cut cases of HPPD, someone has symptoms within a day or two, or at least within a month of the drug use. When flashbacks occur long after the actual drug use happens, there are often confounding variables. “Because of the striking subjective effects of psychedelics, some people attribute psychiatric symptoms to the use of psychedelics even if the symptoms started months or years later,” Krebs and her co-author write in their study.

Other authors have pointed out similar issues with HPPD studies. From a German case study of an HPPD patient:

The definition of this disease entity is entirely based on studies involving chronic LSD users. However, any additional psychopathological symptoms that may have occurred in this patient population were not given any consideration. Pharmacotherapy of this very distressing condition is limited and any recommendations are based almost entirely on uncontrolled studies on small patient populations or even single case observations.

The woman in question reported taking up to 30 tabs of LSD over the course of a 1-year period when she was 18, only to start experiencing flashbacks similar to LSD intoxication at least two weeks after her last drug trip. This persisted for 13 years.

“We do all kinds of things to not overwhelm our brains with sensory input,” he says. “The problem with HPPD is the filters are down–they’re seeing things that the rest of us cannot see/filter out.”

People who start seeing odd shapes and trails after using drugs can sometimes get anxious that they’ve damaged their brain, and then they start paying attention to the weird visual stuff that someone else might ignore, exacerbating the problem. “Consider, it is not untypical for people to become anxious about normal sensations or bodily feelings…Concerns that something is wrong leads to increased attention on the ‘symptoms’, setting up a feedback-loop of increasing anxiety,” Krebs wrote me in an email. “In case reports of HPPD in medical literature or internet forums, the main problem typically is not the symptoms themselves but the fear that they indicate ‘drug-induced brain damage’.”

And though scientists know HPPD exists, they still don’t know exactly what causes it. “I’ve spent my life studying this problem and I don’t know, is the short answer,” Abraham says. “There are a number of clues–they come back to the core concept, it’s an imbalance within the inhibitory circuits of the visual processing system.”

Beyond that, it’s hard to say who’s at risk. According to Grob, it’s a condition that’s more associated with frequent use of LSD, rather than just a once, though studies have reported it happening after just one use. It has also been reported in people using MDMA.

And because we know so little about the underlying mechanics of the disorder, it’s extremely difficult to treat. Researchers have had some luck in treating it with benzodiazepines (a class of drugs that includes Valium). And therapy can help reassure people that in fact, they didn’t break their brain with drugs. However, some standard anti-psychotic medications like risperidone actually seem to make HPPD symptoms worse, as does cannabis use.

But if you’ve been seeing some weird stuff lately, rest easy knowing this: Krebs and her co-author mention that essentially, anything can be linked to going crazy. “Case reports of mental health problems following psychedelics are often comparable to case reports of mental health problems linked to intensive meditation, visiting holy sites, or viewing beautiful artwork and sublime natural scenes,” they write. And what happens when you’re tripping on acid while looking at beautiful artwork? Somebody get on that.

Ask Us Anything
drugs