Why Can’t Firefighters Hear Alarms In A Burning Building?

Firefighters are equipped with super-loud emergency buttons if they get in trouble. But they can't hear them. Here's why. 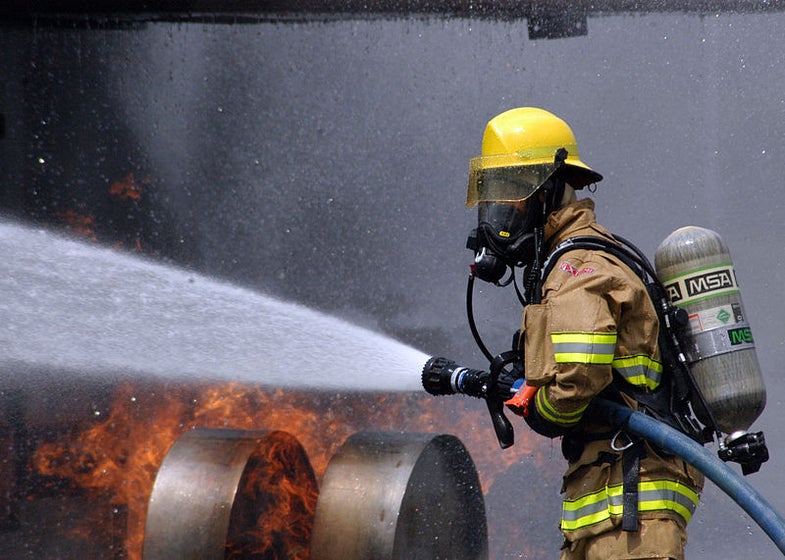 Researchers at the University of Texas at Austin are trying to answer an odd puzzle: why can’t firefighters hear the super-loud emergency alarms they carry with them in emergency situations?

Firefighters, by the nature of their job, find themselves in life-threatening situations regularly. They carry a device called a Personal Alert Safety System, or PASS, just in case. The PASS is a motion-triggered alarm, attached to the harness that keeps their oxygen tank on. If the firefighter, and thus the PASS, doesn’t move for 5 seconds straight, the alarm begins beeping loudly. If it’s not addressed, it soon goes into alarm mode, screeching at about 95 decibels to alert other firefighters in the area. That’s very loud, but firefighters report that it doesn’t really work well, for the odd reason that they can’t hear it in a burning building.

There are a few reasons for that: there’s a lot of chaos in a burning building, there can be noises from elsewhere, it’s dark and uncomfortable and frantic, and firefighters wear a lot of headgear. All of that is easy to understand as a reason why the alarms aren’t audible. But there’s another reason, too.

Sound travels faster in hot air than cold air. And burning buildings have pockets of very hot air and pockets of typical room-temperature air, and it’s not predictable where those pockets will be. That means the sound is actually bending and distorting in there, so it can seem as if sound is coming from different places, making an alert chirp maybe not the best way to locate someone.

The researchers are working on a new version of PASS–perhaps merely making it louder would help, or maybe they need to change the pitch or tone of the sound, or maybe it’s time to abandon sound altogether! What if GPS is a better way to locate people? So the team is trying first to figure out what the best option is for an alarm system, which will then go into the new device.

Read more over at KUT News.