The Amazing Potential Of Wave Energy, In Numbers

Some major wave energy installations are planned for the U.K. and the U.S. 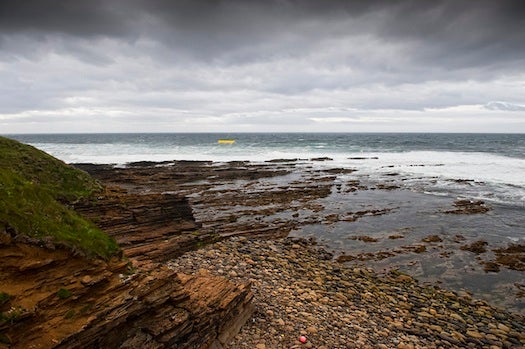 Plans for the world’s biggest wave farm got the go-ahead from the Scottish government, the BBC reported last week. Exactly how big is the farm? It will create more than twice as much energy as nearby homes will be able to use.

Wave farms are made up of enormous buoys that turn the up-and-down movements of the ocean into electricity that homes and business are able to use. There are many designs being tested all over the world. All promise clean, endless energy, but as a newer technology, they’re still working out issues such as financial viability, durability and how to transport the energy from buoy to land.

We’ll let the numbers tell the story of the Scotland project, which uses devices from the homegrown company Aquamarine Power, plus other wave energy projects planned for the U.K. and the U.S.

30,000: the number of homes Aquamarine Power’s 40-megawatt farm will be able to power

13,200: the number of homes there actually are in the Western Isles, where Aquamarine Power plans to install its Oyster 800 wave energy machines 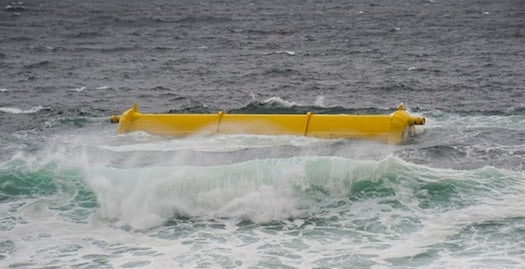 An Oyster 800 wave machine at work

2017: the earliest estimated date when the firm SSE could build the undersea cable required to export excess wave power from the Western Isles to mainland Scotland. The BBC reported this cable could delay Scotland’s larger plans for generating wave and tidal power from the rough, energy-filled ocean off the country’s northwest coast.

10: the number of other wave and tide energy devices Scotland is testing. Scotland and England both have wave energy parks for companies and universities to test their wares.

1.6: gigawatts of wave energy Scotland wants to generate by 2020

What about the U.S.? Oregon, which also has big ocean waves, has hosted several wave energy tests over the past few years. However, regulatory and financial hurdles have delayed an installation from one of Oregon’s—and the U.S.’—most advanced projects, the Associated Press reported in March. A look at the Department of Energy’s marine energy device database shows most U.S. installations are currently inactive.

The installations may be getting held up by lawmakers. In Oregon, at least, politicians took years to hammer out a draft agreement for where companies will be allowed to float their devices once they’re ready for commercial use, The Oregonian reported. Fishermen, coastal homeowners and companies all want different restrictions on where the machines appear.