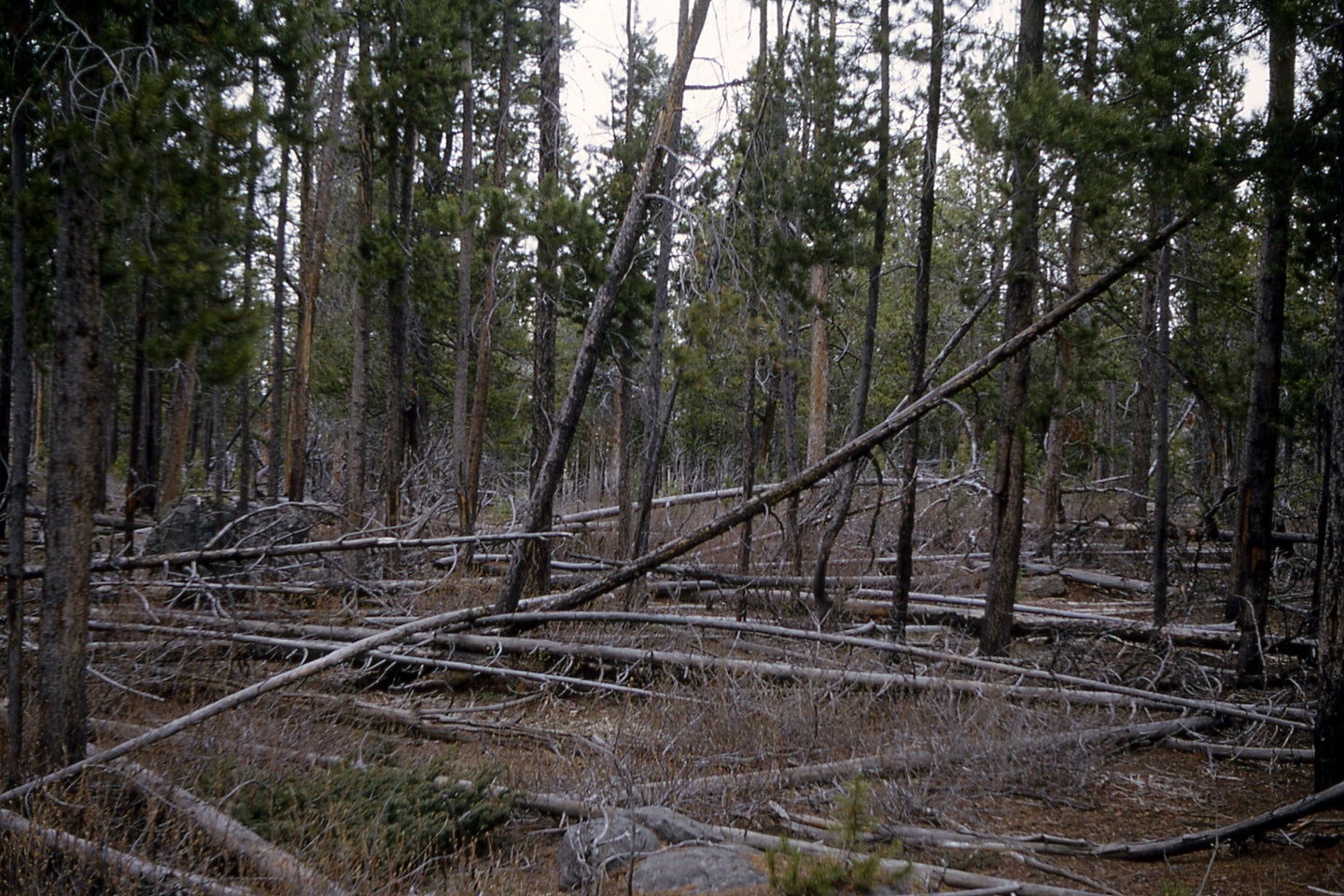 Lodgepole pine forests, such as this one, are vulnerable to infestations of the mountain pine beetle. The dead trees in this image, however, are an expected feature of a healthy, nearly mature forest of this type. Image in the public domain
SHARE

Aldo Leopold described the burning of wood as re-releasing the sunshine the tree depended upon to grow. In his poetry, he touched on a bit of scientific truth: Plants pack in plenty of energy, about half as much as coal. People don’t often think of burning trees to make electricity, however, in part because in many regions of the world, groups are trying to protect the trees and forests.

But what if the trees are dead already? In a new program, the U.S. Forest Service is fueling a biomass power plant in Colorado with trees killed by a pest called the mountain pine beetle, Greenwire reports. The program will also send trees to the plant that are not yet infested, but are in danger of catching and spreading the problem. The Eagle Valley Clean Energy plant will burn 250 tons of wood daily for the next 50 years, Greenwire reports, creating electricity for the residents of the small town of Gypsum.

Since the late 1990s, Colorado has had to deal with unusual numbers of beetle-killed pine trees. Mountain pine beetles are native to North America and normally infest some trees every year, but warmer winters have meant their populations are now unusually high. The current infestation is expected to leave behind 6.6 million acres of dead trees, the Denver Post reports. That increases the risk of wildfires starting in pine forests and spreading to nearby homes.

Supporters say the beetle trees-to-biomass program is environmentally friendly, but not all groups agree. Biomass power plants do use a renewable fuel, but nevertheless contribute to global warming because they put greenhouse gases into the atmosphere. Even a pine tree burned in a forest fire does not release as much carbon as a pine tree burned in a power plant, Niel Lawrence, a National Resources Defense Council lawyer, told Greenwire. Some environmental groups, such as the council, are also worried about the Forest Service encouraging logging for biomass plants.