What Landmine-Detecting Plants Can Teach Us About Design

Some jobs are better left to rats! 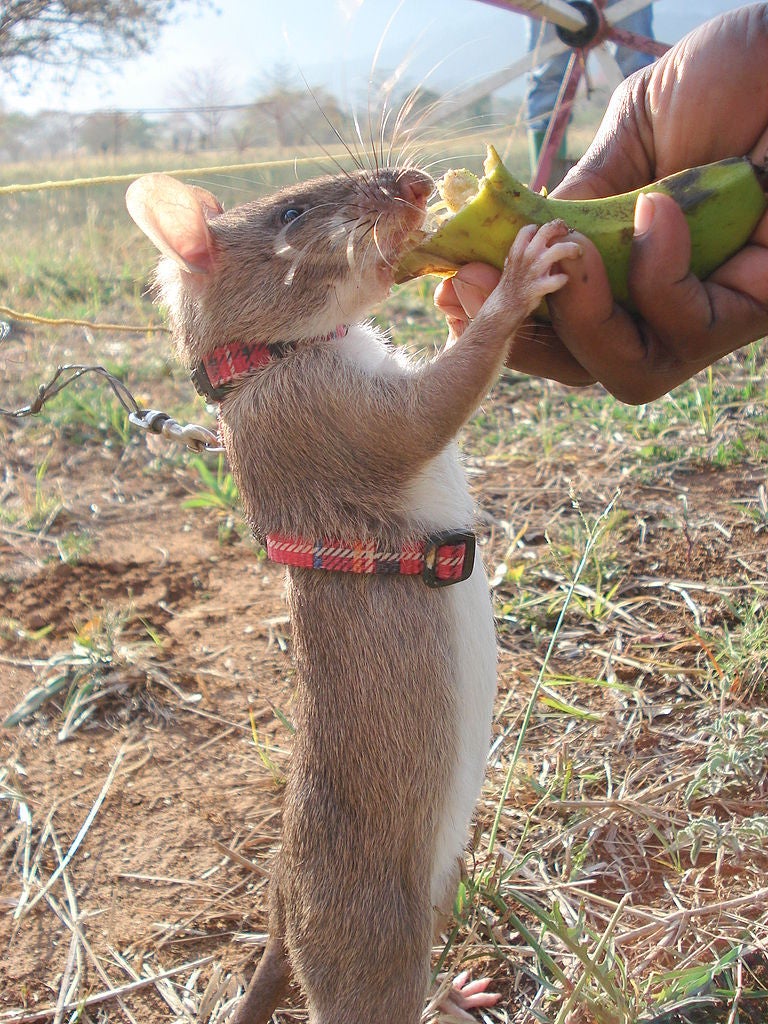 Imagine a plant that changes color in the presence of a landmine and alerts unwary people to a danger beneath their feet. It’s an idea that has inspired a number of groups, including a Danish company, which developed arabidopsis plants that turn red in the presence of explosives that have leached into the soil. At first glance, it’s the perfect combination of humanitarian appeal and high-tech cool. So, why aren’t landmine-detecting plants already here? Because it’s bad biodesign.

Today’s biotechnologist has a tremendous array of tools to bioengineer living things, but applying those tools to the real world is a challenge. Case in point: What would it take to deploy landmine-detecting plants? First, bioengineers would have to create plants that consistently detect and respond to explosives 100 percent of the time—a false negative would be deadly. This is a substantial technical challenge, but perhaps not impossible.

Next, the mine-detecting plants would need to be planted in the minefield, but since it is a minefield, they can’t be planted by hand. Let’s say the seeds would have to be airdropped. The seeds would then have to grow into healthy flowering plants entirely untended because no one is gardening in a minefield. In essence, they would have to grow like weeds, survive in adverse conditions, and outcompete neighbors. So in this scenario, bioengineers engineer weeds and distribute them freely throughout an ecosystem, knowing that weeds create problems of their own. And this is before a single mine is removed.

Here’s another solution: APOPO (Dutch for Anti-Personnel Land mines Detection Product Development) is a nonprofit that trains African giant-pouched rats to sense land mines. The organization trains only 40 rats a year. Still, last year, it declared Mozambique mine-free after recovering over 13,000 land mines. This is biology applied very, very well. There are lessons to be learned from this comparison.

One is that bioengineers must first ask, “What is the best way to solve this problem?” before developing their tool. If biology does offer a solution to the problem, it is then important to identify the best organism for the job. For identifying landmines, rats seem to offer the better solution. Rats can be trained relatively easily to accurately identify a variety of compounds and signal their presence to us. Plants, meanwhile, have the ability to filter massive quantities of water, to neutralize toxic compounds, to recruit and interact with microbial communities, to sample soil extensively through roots, and to convert sunlight into food, chemicals and biomass. This is not to say that engineering a plant to sense and detect environmental conditions is useless—research in this area expands our knowledge of the genes and proteins involved in the way plants adapt to their environment and could one day become a useful tool.

Another lesson is that it’s sometimes easy to believe that just because something can be built it should be built. Creative freedom is great for basic research, where the end goal is the pursuit of new knowledge. But for real-world solutions bioengineers need to consider their work in a broader context and ask questions beyond technical achievability. To be effective, new designs have to enter the world, and integrate with economies and social structures full of systems that already exist. Many of the challenges facing new technologies have to do with decidedly non-biological hurdles like regulation and public opinion and business incentives.

I would love to see more examples of biological design like this student group from Taiwan that developed a new fire-retardant with bacteria. Their science is not revolutionary—they inserted the DNA sequences for two proteins into a bacteria, using techniques that have been around for decades—but their problem-solving is elegant.

First, they identified a problem in need of solving. Fire retardants are often toxic, often break down into toxic byproducts, have a shady history, and may not do any good at all, to the point where firefighters have requested households use fewer of them. The team looked to nature for existing fire retardants. Casein, the primary protein in milk, resists fire, as does wool. In both cases, it is the specific chemical composition of the protein that results in fire resistance. When a flame breaks these proteins down, they release a dense cloud of nitrogen or phosphorus, which smothers the fire like conventional flame retardants. Unlike conventional flame retardants, however, casein and wool are non-toxic.

The team emulated this phenomenon in engineered lab bacteria. They then applied the bacteria to cotton. Here is a blowtorch being used on untreated cotton, and here it is being used on cotton treated with their bacterial flame retardant. It’s effective. It’s elegant. It solves the problem and it uses the right tool for the job. This is a thoughtful and useful application of biology.

Many of the lessons in this article will sound familiar: focus on the problem; don’t fall in love with your solution; understand how your product will be used and who will use it. Biotechnologists must judge potential applications on more than their technical attributes, focusing deeply on utility and design. Today, we have the opportunity to define the culture of biotech, the values we share and the standards we aspire to.

Keira Havens began her work as a scientist behind the bench and today engages the synthetic biology community in the pursuit of beautiful biotechnology – well designed, elegant solutions to complex problems. Her current project is The One Sky initiative, an independent nonprofit articulating the values behind biology done well, and building tools for consumers to make effective decisions about applied biology. You can read about her past life as an Air Force Officer and her return to the sciences in Popsci.