5 Beloved Scientists Who Were Actually Bullies 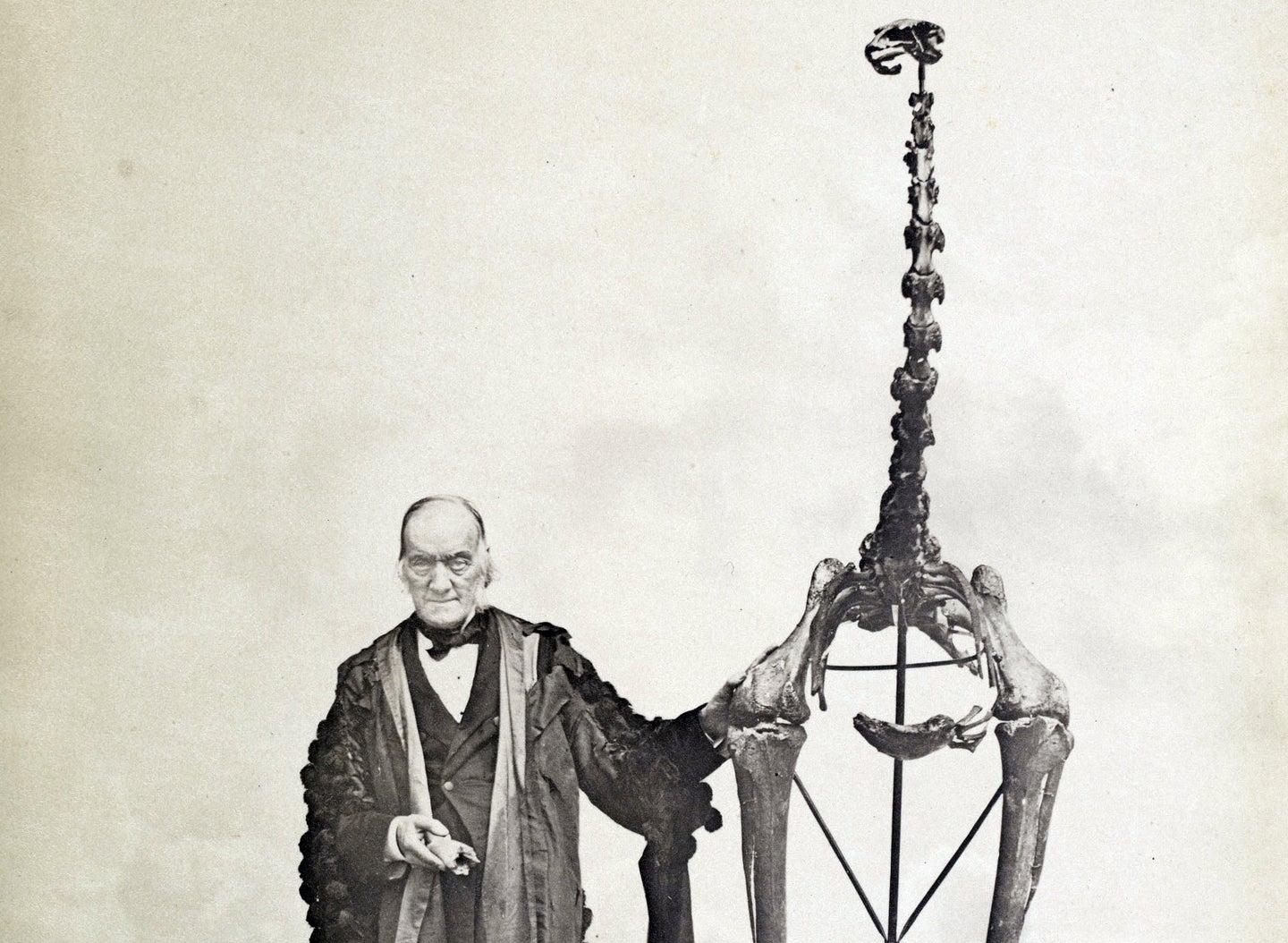 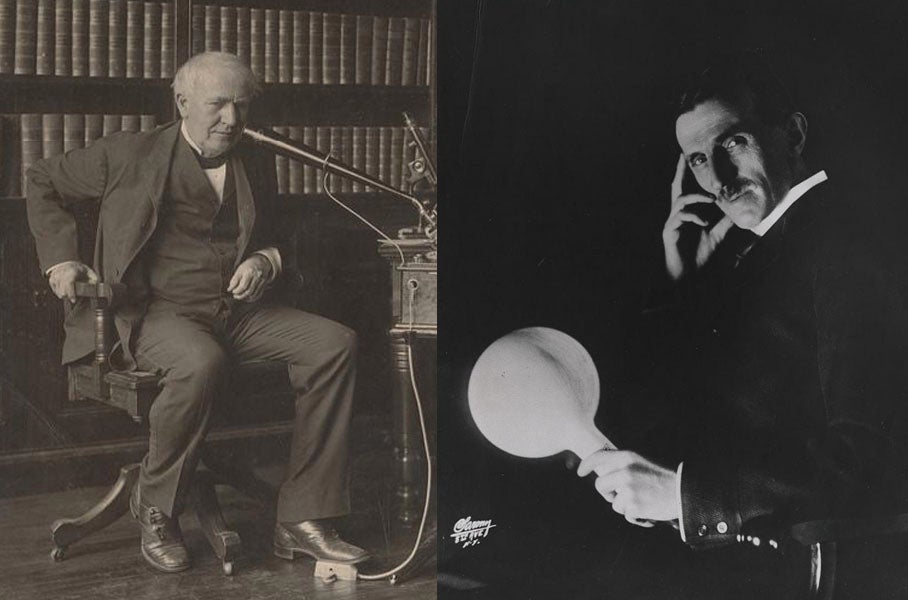 Unfortunately, scientific genius doesn’t necessarily come with superhuman social skills. The great minds on this list may have made significant contributions to their fields, but even hundreds of years later, we’re still shaking our heads at their petty, ruthless, dishonest, and downright cruel behavior.

In 1884, Nikola Tesla moved to New York City to meet Edison, who was famous for his low-voltage, direct-current electricity. Tesla believed the higher-voltage alternating current electricity was superior and suggested creating an AC-powered motor, but Edison claimed it was too dangerous. Instead, Edison promised the recent immigrant $50,000 (over $1 million today) if he could improve upon his DC generators, or “dynamos.”

After toiling for several months and making significant advances, he returned for his reward, only for Edison to say, “When you become a full-fledged American, you will appreciate an American joke.” Tesla quit—but the bullying didn’t stop there.

George Westinghouse had purchased Tesla’s patents and became the pioneering force behind AC power and its widespread implementation. Edison, who was ideologically and financially invested in his own DC power, began a publicity campaign against AC power. The campaign was ruthless; he wanted to prove that the high voltage of AC power was too dangerous for public use, so he and his cohorts began publicly electrocuting animals—stray dogs and cats, cattle and horses, and even, notoriously, “Topsy” the elephant.

The story gets worse. Edison was asked whether electrocution was a humane method of execution. In reply, he claimed that with Westinghouse’s AC power, it was indeed a humane and reliable execution. Westinghouse of course tried to prevent such an association, but Harold Brown, one of Edison’s employees, was hired by the state of New York to build the first electric chair. Obviously, he used AC power.

The execution—the first use of the electric chair—took place on August 6, 1890. AC power proved neither reliable nor humane. The first, 17-second-long charge failed to kill the man, an alleged axe murderer; after waiting for the generator to recharge and amping up the voltage, the next charge at last brought an end to the horrible, 8-minute long ordeal. Westinghouse, disgusted, reportedly said, “They would have done better with an axe.”

Despite all that, AC won out in the battle of currents. Its higher voltage meant it could travel much greater distances, which made it easier and cheaper for widespread use, and could be made safer for households with an alternator. Edison’s extensive and cruel efforts to defeat his opponents and prove his own invention’s superiority were in vain, and near the end of his life he finally owned up to that fact.

If you need a laugh after all that morbidity, check out the “Drunk History” version of this story. 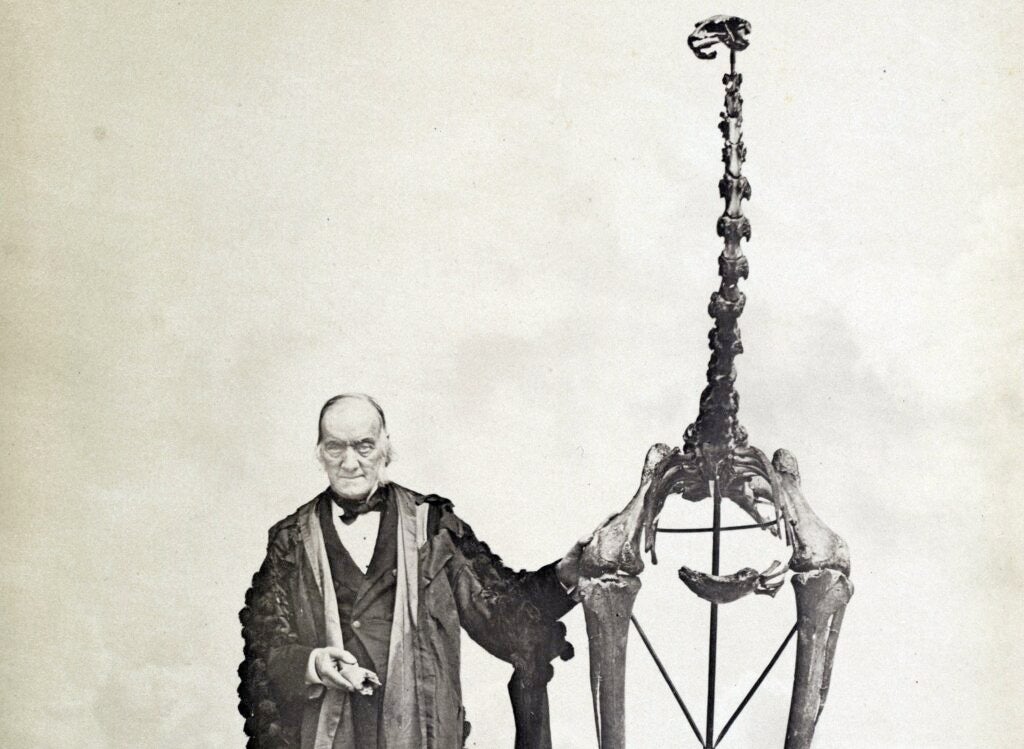 Nineteenth-century naturalist Owen is known for his many contributions to science—he was the impressive paleontologist who coined the term “dinosaur”—but also for being a jerk to his peers. He is described, among many other scathing summations, as “vain, arrogant, envious, and vindictive”—an egomaniac.

One example is his long rivalry with fellow paleontologist Gideon Mantell. Their initial cooperative relationship went awry; they competed tirelessly in print, each trying to oust the other as the preeminent dinosaur discoverer. According to some, Owen relied heavily on Mantell’s work throughout his career, but due to his own excessive pride, he was never willing to admit it.

In 1844, Owen was awarded the Royal Medal of the Royal Society for a paper that Mantell felt was full of errors (and which, it turned out, totally was). By 1848, Mantell had published a paper to illuminate those errors, and Owen retaliated with an indignant verbal assault. The next year, Mantell himself was nominated for a Royal Medal, and Owen tried in vain to dissuade the council from granting it to him. Mantell described Owen as “overpaid, over-praised, and cursed with a jealous monopolising spirit!”

Yet Mantell was not the only target of Owen’s contemptuous treatment; other victims included none other than Charles Darwin and his “bulldog,” Thomas Henry Huxley. Owen attempted to preclude Darwin’s Origin of Species with his own article arguing that humans were entirely unrelated to apes; then, after Darwin released the book, Owen published an anonymous, lengthy, harsh refutation. Huxley, upon learning of Owen’s ways, expressed his desire to “nail… [Owen]… that mendacious humbug… like a kite to the barn door.”

Many other contemporaries were treated similarly, especially those who threatened his own esteem with groundbreaking findings. Later in his life, his reputation finally caught up with his oversized ego and continues to do so today. 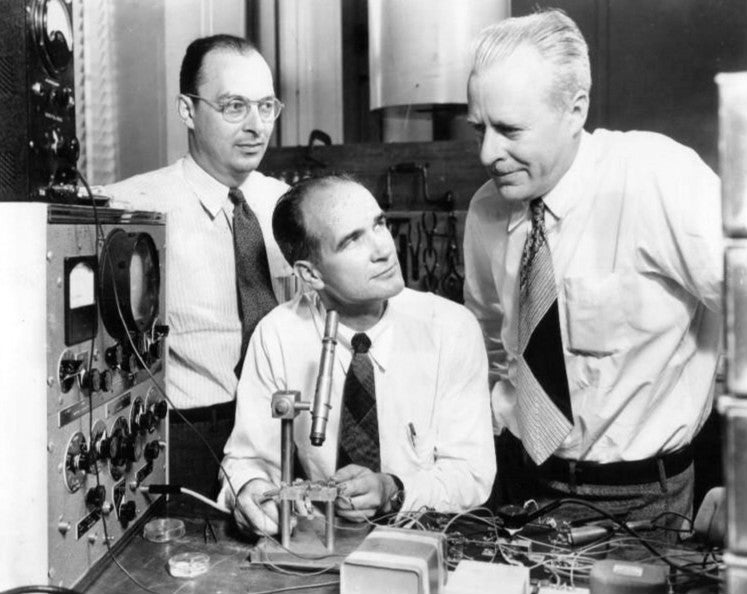 Shockley is the guy who brought silicon to Silicon Valley. He was a physicist, an inventor, a Nobel laureate, and…reviled.

After leaving MIT in 1936 with a PhD, Shockley joined Bell Laboratories (now AT&T). Soon, WWII started up and he joined the war effort as a civilian scientist. He proved himself quite useful to both the Navy and the Army Air Corps, and after the war he won the National Medal of Merit. Following the war, Bell Labs put Shockley in charge of a team to research semiconductors, which they thought could replace inefficient vacuum tubes to control electricity.

Shockley tried in vain to construct such a device. After months of trial and error and hard work, two of his co-workers—John Bardeen and Walter Brattain—succeeded, building the first functioning transistor in 1947. Shockley erupted when he learned that his name wasn’t tagged on the discovery’s patent, and eventually Bell Labs caved and added his name. The photo above, showing the trio and the transistor, “marked the first and last time William Shockley ever laid hands” on the transistor and for that reason was “always detested” by Brattain, according to the Los Angeles Times. He continued to be credited—sometimes even solely—with the discovery for years.

His undeserved fame wasn’t even enough for him. In 1956 he started his own semiconductor company in Palo Alto, California. He charmed and hired an impressive team of scientists, but soon his tone changed; he would publicly fire people or demote people with PhDs to lowly production jobs, the Los Angeles Times reports. But in November of that year, Brattain, Bardeen, and Shockley were awarded the Nobel Physics Prize. Just over a year later, all eight members of his struggling company’s research group resigned. They would eventually found Intel.

The later years of Shockley’s life brought out the worst in him. In 1963, he was hired as a professor of engineering by Stanford. Soon thereafter, he began a two-decade long tirade of touting eugenics and certain races’ genetic inferiority, snippets from which further paint an ugly, self-aggrandizing picture of the man. He had lost his friends and fame by the time he died in 1989. 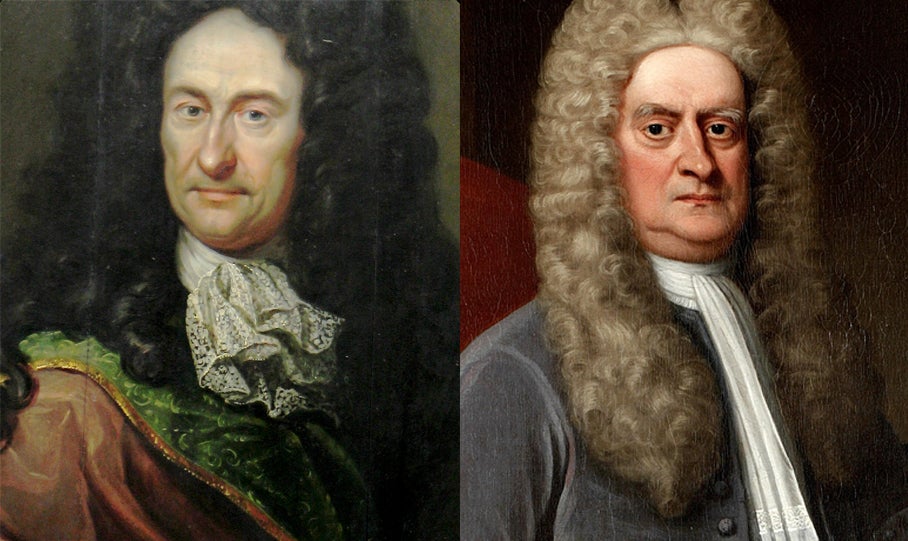 (It might not be fair to call either of these two a bully, but their feud was remarkable and at times, ugly.)

Today, consensus seems to credit both Newton and Leibniz with the invention, or discovery, of calculus.

The backstory is much more convoluted, though. Newton (four years older than Leibniz) had been developing his own calculus for longer than Leibniz, and he had entrusted a few of his preliminary papers in the hands of John Collins (a government clerk in London and, “in modern parlance, a scientific groupie,” as Brian E. Blank tells PopularScience.com).

By the 1670s, Newton and Leibniz were both working on their own versions of calculus. Collins and Henry Oldenburg (the secretary of the Royal Society) encouraged Newton to write Leibniz. Leibniz responded “somewhat cagily,” Blank says. As Newton wrote his reply (remember: correspondence used to take time), Leibniz, intrigued, pursued his competitor’s work further while in London. He tracked down and studied the trove of Newton’s work in Collins’ possession.

Historians interpret Newton’s reply to Leibniz in various lights: some say that Newton was friendly and encouraging, sharing his progress and helping Leibniz; others claim he was paranoid and guarded. Yet it was “obviously circumspect to all,” explains Blank, and “effectively ended the correspondence.”

Yet, when Leibniz published his famed paper in 1684, he failed to note Newton’s contributions whatsoever. Newton, busy with other work and largely uninterested in publishing, did not initially react. But in 1699, their feud began: Nicolas Fatio de Duillier, a mathematician close to Newton, publicly expressed his opinion that “Newton was the first and by many years the most senior inventor of the calculus… As to whether Leibniz, its second inventor, borrowed anything from him, I prefer to let those judge who have seen Newton’s letters.”

Five years later, in 1704, Newton published Opticks along with De quadratura. Leibniz anonymously reviewed the work the following year, and his message was condescending and deceitful: he wrote as if he were praising Newton for discovering an alternative way to do what he had already done. But: “From his correspondence with Newton, Leibniz knew that Newton was first by about 10 years,” Blank explains.

Five years passed once more, until a 1710 paper (by an astronomer, John Keill) espoused Newton as the true discoverer: After praising Newton’s brilliance, Keill claimed that “the same arithmetic… was afterwards published by Mr. Leibniz in the Acta Eruditorum having changed the name and the symbolism.” Leibniz reached out to the Royal Society—the president of which was none other than Newton—calling for a retraction.

Newton then learned of Leibniz’s arrogant, anonymous review of Opticks, and his indignation was spurred. He wrote the Society’s report on the dispute himself, and ensured international circulation. Of course, he hailed himself as the “first inventor.” Not long after, he anonymously published a follow-up account to the original report, “Account of the Book entituled Commercium Epistolicum,” and had it translated to Latin and French while provoking good reviews. Newton wanted the word out there that he was the true inventor, and wanted history to remember that fact. He continued to pursue that goal for years after Leibniz’s death in 1716.