Are you a bleeding-heart liberal? A rigid right-winger? Blame your parents! 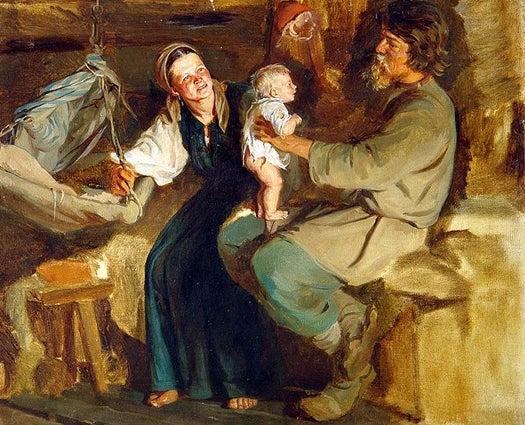 Scientists can predict a child's future ideology from his temperament at just 54 months. Wikimedia Commons
SHARE

What makes a conservative? What makes a liberal? New research suggests that political socialization begins with parenting. Mothers and fathers who adopt an authoritarian parenting style (as opposed to an egalitarian style) tend to raise children who endorse conservative ideologies as adults.

But it isn’t just as simple as nurture over nature. Children with fearful dispositions are more likely to grow up with conservative values, too. Researchers at University of Illinois at Champagne-Urbana confirmed these theories in an important, if not exactly earth-shattering, study published in Psychological Science recently.

Psychological scientist Richard Fraley and his colleagues looked at early childhood and youth development data from the National Institute on Child Health and Human Development (NICHD). In the longitudinal study, parents of 1-month-old children answered a questionnaire, which Fraley et al. used to determine whether the parents were more authoritarian or egalitarian. (Authoritarian parents were defined as being more likely to use punishment, emphasize obedience, and have strict rules for discipline and behavior, whereas egalitarian parents were seen as less rigid and more open to their children voicing opinions and bending the rules.)

When the kids turned 4 and a half, their mothers filled out questionnaires on their children’s temperaments. At age 18, the children with authoritarian parents were more likely to be conservative. The researchers found similar results among the fearful children–those who were afraid of the dark or who would get upset watching a sad event on television–regardless of how they were raised. At age 18, they had more conservative values than those who had restless, active or attention-focusing temperaments as children.

Fraley and his colleagues hope future studies will look at things like parent-child conflict and genetic makeup to link parents’ influence and temperament on children’s political ideology. Then we’ll be able to draw stronger conclusions about why conservatives and liberals believe what they believe.

It’s not a stereotype if there’s science behind it, right?