The Test Olympians Use to Improve Their Performance–On the Inside

Training is about more than speedwork and fundamentals 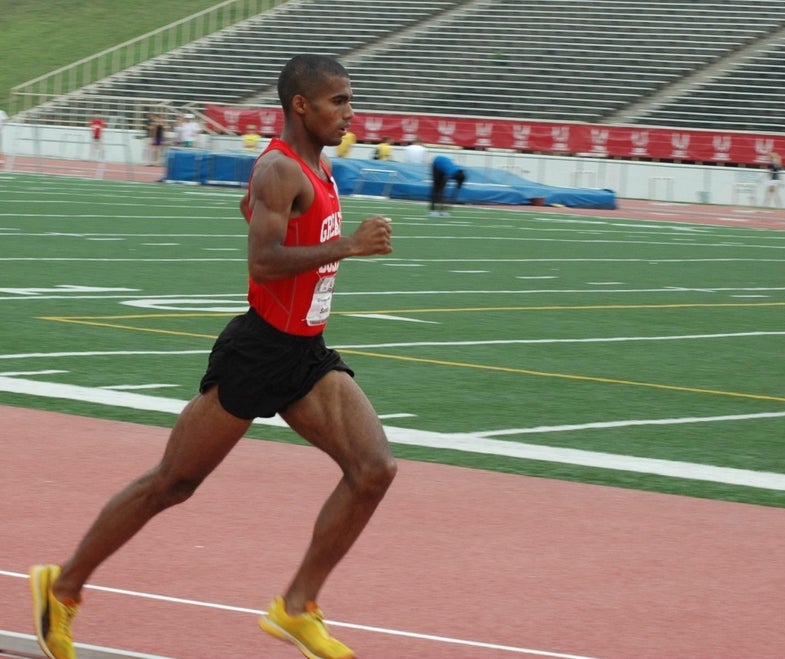 To help prepare for track meets, competitive 5K races and especially the Olympics, Boston-based runner Ruben Sanca runs 116 miles per week, takes vitamins and mostly watches his diet. But he would still feel fatigued after training runs. Then a blood analysis and a special software program revealed his internal chemistry needed some adjusting.

His iron was low, his B12 was high and his cholesterol wasn’t great, the analysis said. Sanca changed his diet further — laying off the fried stuff completely — and altered his vitamin intake. Through successive blood tests, he watched his internal health get better and better.

“It gives me a good confidence boost,” Sanca said. “If I’m going into a race, I feel more confident, because I feel like my chemistry of my body is in the right place.”

Training for the highest levels of competition is increasingly about much more than the right moves — it’s about internal health, too, and the holistic, system-wide “omics” that will characterize the future of medicine. An athlete’s metabolome, proteome, microbiome and genome might be just as important than his or her physical training regimen. A new service called Inside Tracker aims to help athletes understand some of these internal characteristics, using a systems biology approach to evaluate the best combination of diet and chemicals.

Inside Tracker monitors 20 biomarkers in the blood, and a proprietary algorithm figures out each person’s optimal range in each biomarker, such as a 25-year-old male’s ideal iron content. Then the company checks blood samples for vitamin deficiencies or excesses, cholesterol and other indicators, comparing them to each user’s idealized range.

Gil Blander, founder and president, compares it to a car’s onboard computer.

“Every 5,000 miles, you take it in, plug into computer in the car, and the computer will tell the mechanic immediately, what are the issues with the car? Do we need to change the oil or air filter? Then you know what to do to replace it, and the car is good for another 5,000 miles,” he said. “With Inside Tracker, we take a bit of our blood, look at 20 biomarkers we assume are important for athletic performance and overall well-being, and then we give you a recommendation.” 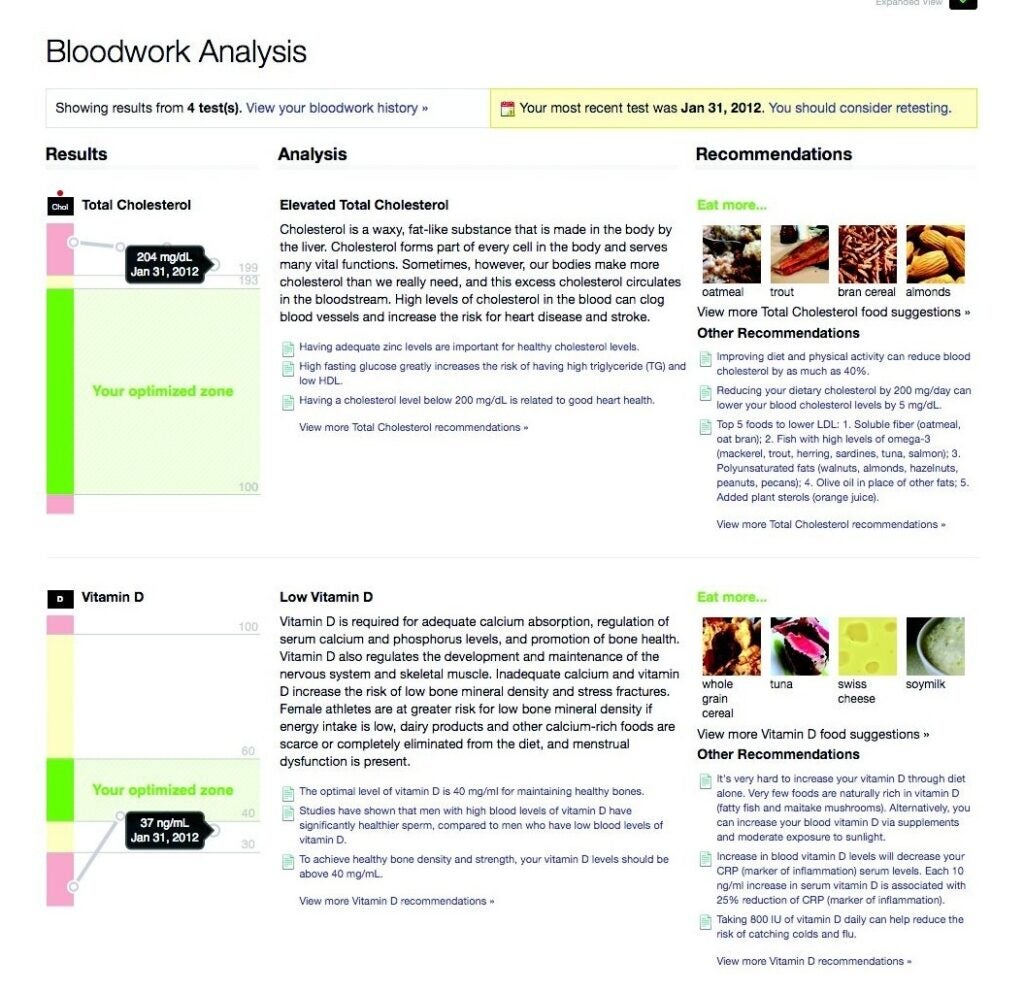 The Inside Tracker platform tracks nearly two dozen biomarkers to improve athletes’ overall health. Based on bloodwork, the program recommends dietary or exercise changes to enhance an athlete’s training and performance.

Blander whittled down biomarkers laboratory companies already use in routine blood tests, eliminating markers for rare diseases or cancers and focusing on certain vitamin levels. He wouldn’t disclose the company’s list, but said it includes messenger molecules like creatine, which supplies energy to muscles, and minerals like magnesium, iron and vitamin D. Blander and his colleagues mined scientific literature to come up with baseline numbers for various populations, noting that not all humans have the same internal body chemistry. A bodybuilder would have normal creatine and creatinine (a creatine byproduct) levels that would indicate kidney failure in a 30-something woman, for instance.

“Each of us deserves to have our own range,” Blander said.

An Inside Tracker user would input his or her basic personal info into the company’s website and then go for a blood draw, which will be used to gauge baseline biomarker levels. Over continuing blood draws, users can track how their metabolites and vitamin content change. Sanca said he noticed a difference physically, too. “I started taking iron supplements, and now I feel better during my training,” he said.

Sanca, 25, went to the Olympics representing Cape Verde, the small former Portugeuse colony where he was born. He didn’t qualify for the men’s 5,000 meter final this week, but he said before boarding a plane for London that he was thrilled to be part of the Games.

Sanca has taken blood tests in the past to track various performance measures, but then he’s lost the printout from the doctor, or forgotten to bring it with him to a meet or a race. “The cool thing about this is you don’t have to worry about any papers; it’s all online. Whether I’m at home in base training, or somewhere else racing, I can log in and see all my blood work on a chart,” he said.

Blander said a systems biology approach makes much more sense than a “miracle pill” single-solution, which researchers have been seeking for decades. He was inspired by research on resveratrol, an antioxidant found in red grapes that is thought to help limit calorie intake, lower blood sugar and fight the effects of aging. Despite its promise, it remains controversial and is not a one-size-fits-all answer, Blander said.

“You need to look at [health] from a lot of different angles. There’s one paper, for instance, looking at creatinine in a soccer player, but it didn’t look at vitamin D, or B12, or etc.,” he said. “We combine a lot of different markers and we are looking at it in a scientific way, giving a range that is specific for you.”