Japanese researchers working with induced pluripotent stem cells have coaxed a semi-functional, liver-like tissue from a petri dish in what... 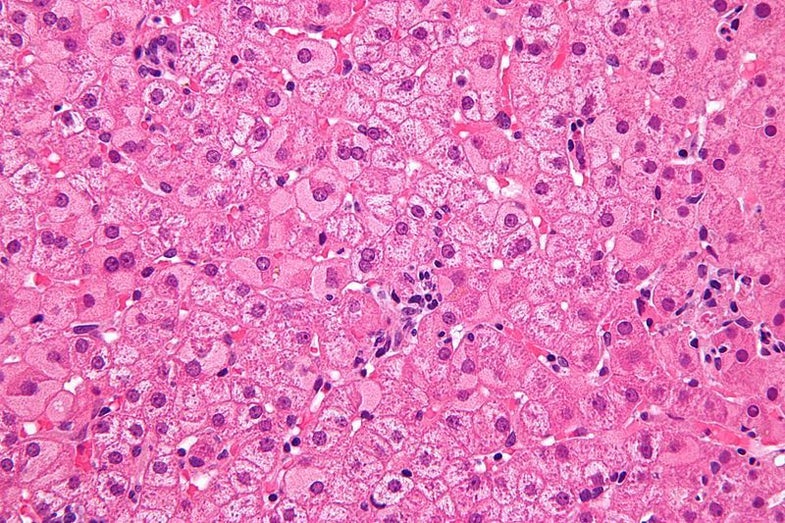 Japanese researchers working with induced pluripotent stem cells have coaxed a semi-functional, liver-like tissue from a petri dish in what could mark a significant step forward for regenerative medicine and the science of creating new, working organs from scratch. There’s still a long way to go of course, but researchers are enthusiastic that the work could light the way forward for pluripotent stem cell research into organ generating technologies.

The team’s liver was grown from human skin cells reprogrammed to an embryo-like state and placed atop growth plates in a specially designed medium. Nine days later, the cells were expressing biomarkers indicative of maturing liver cells known as hepatocytes. With careful timing (informed by hundreds of trials) the team then introduced two more cell types that help recreate organ-like functions, including endothelial cells that line blood vessels.

Two days after that, the cells had assembled themselves into a 3-D, 5-millimeter-long tissue that mimicked early stage liver development. Though lacking bile ducts and not organized in exactly the same neat way natural hepatocytes organize themselves, the tissue did possess functional blood vessels that worked when the tissue was placed under the skin of a mouse. It was also able to metabolize some drugs that mouse livers cannot process but that human livers can.

By this measure, the team calls their tissue the first reported creation of a functioning human organ with working vasculature from pluripotent stem cells. In other words, it’s a big deal. And while we’re still a long way from growing a full-grown, fully-functioning, transplantable liver from a patient’s own cells–and that is the ultimate goal here–this technology could more immediately be used as a short-term graft or even a replacement until a suitable donor liver can be found. Even more immediately, a constructed liver of this kind could be used for toxicity testing of drugs, wherein its lack of bile ducts wouldn’t even be an issue.